‘Days of Our Lives’ Spoilers: Philip Swap in the Works, John-Paul Lavoisier Out and Jay Kenneth Johnson Back In? 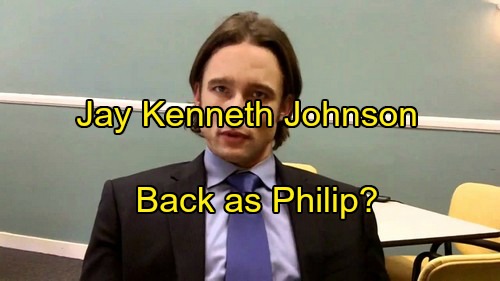 Days of Our Lives (DOOL) spoilers tease that more casting shakeups could be happening at the NBC soap. Word has it that John-Paul Lavoisier may be out as Philip Kiriakis. According to Globe Magazine, Lavoisier was blindsided by his firing.

An insider for Globe revealed that Lavoisier was fired by phone, which apparently set him off. It’s a little insulting to be given the boot with a call rather than in person. Producers reportedly said Lavoisier just wasn’t “a good fit” for the role. It’s safe to say many Days fans feel the same way.

Most viewers haven’t warmed up to Lavoisier’s portrayal of Philip. Meanwhile, other fan faves have popped back up on canvas. Jason Cook reprised the role of Shawn during DOOL’s 50th anniversary celebration. Once Cook finished his run, Brandon Beemer returned to the part.

It’s clear that Days of Our Lives has no problem bringing back previous actors. That’s why everyone was left scratching their heads when Lavoisier was brought in instead of Jay Kenneth Johnson. It led to speculation that Johnson was possibly offered the chance to make a comeback and turned it down. 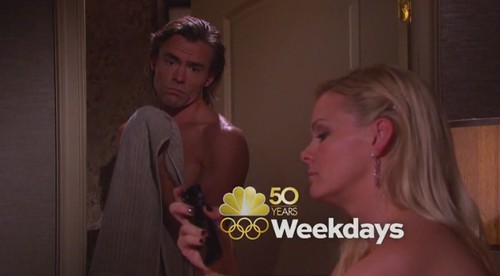 Now that Lavoisier may be out, it could mean that they’re tempting Johnson with a more attractive offer. At least they know that Johnson would work. He’s portrayed Philip before and could easily do it again. Numerous Days watchers have been calling for Johnson’s return on social media. They just might get their wish.

Johnson’s DOOL homecoming hasn’t been confirmed, but it’s certainly a possibility. Globe suggests that Lavoisier wasn’t pleased to hear that Johnson might be stepping in for him. It seems the potential swap may have led to some anger on set.

Regardless, this change wouldn’t be too heartbreaking for everyone watching at home. Likewise, some of the other recent exits weren’t exactly anything to be bummed about. Sal Stowers (Lani), Alexander Bruszt (Fynn) and Marie Wilson (Summer) are all done at Days of Our Lives. The characters fell flat just like Lavoisier’s version of Philip.

Could Johnson put some life back into the role? It wouldn’t hurt to let him try. If for whatever reason Johnson can’t reach an agreement with Days, they may have to go in another direction. Would they choose a different Philip recast or just write the character out entirely?

They might give it another go since they’ve lost so many characters lately. We definitely need some people in that age group to stick around. Of course, we’ll be holding out hope that Johnson signs on the dotted line. Who knows? He may have inked a deal already!

We’ll let you know if we hear any official updates on Lavoisier’s status and Johnson’s possible return. It sounds like more shifts are on the way and that may be good news. Days of Our Lives is fond of mini reboots and perhaps it’s time for one.