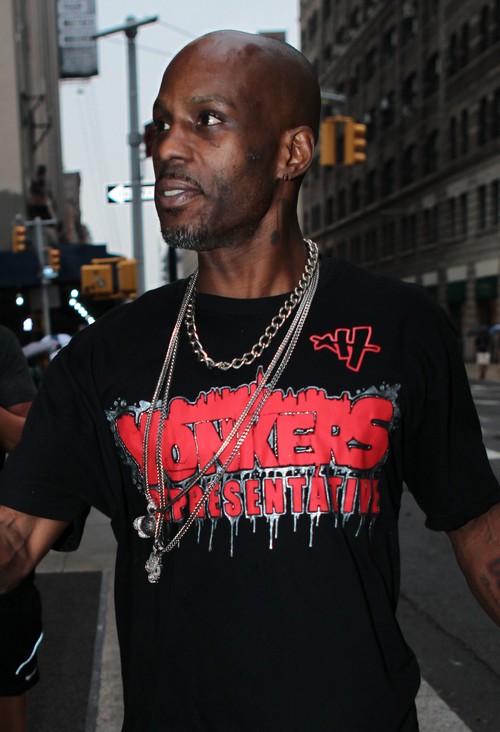 DMX reportedly suffered a drug overdose on Monday February 8th and was rushed to the hospital. The rapper was spotted lying on the ground at a Ramada Inn parking lot in Yonkers and concerned patrons called 911 and reported that DMX was unconscious.

When paramedics arrived on the scene at the hotel, DMX was nearly dead – he had no pulse, and was not breathing. Ironically, his team is insisting he just suffered an asthma attack…

According to a report from TMZ, witnesses informed the police and paramedics that DMX had “ingested some sort of powder” before he dropped. So they began administering CPR and gave the rapper a dose of Narcan, an antidote used to reverse the effects of a narcotic drug overdose (like heroin), once DMX appeared to be alive and awake – he was loaded into an ambulance and rushed off to the hospital.

Now, this is where it gets interesting. A rep for DMX insists that the rapper is doing just fine, and it was all a misunderstanding and he just had a little asthma attack at the Ramada Inn. Last time we checked, Narcan is used ONLY to revive individuals who are suffering from a drug overdose of narcotics – not in need of an inhaler to calm their asthma wheezing.

Luckily for DMX, witnesses at the Ramada Inn acted quickly and got him the help he needed, and he doesn’t seem to have gone too long without oxygen getting to his brain – so he should bounce back pretty quickly.

Then again, it’s unclear what exact kind of powder the rapper was ingesting or what it could have been laced with – so we really can’t be sure of the long term effects. Or if DMX will continue to ingest this ‘powder’ and suffer more ‘asthma attacks.’

As of right now reports are saying that DMX will make a full recovery from his alleged drug overdose -asthma attack. CDL will keep you posted if anything changes!