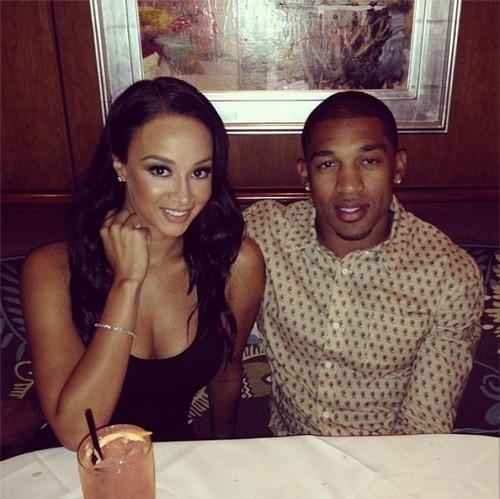 Draya Michele has finally admitted that she is pregnant with NFL Star Orlando Scandrick’s son after speculation that the reality star was expecting a baby. Draya and Orlando have been through a lot during in their relationship in recent months. The reality star and her NFL star fiance have broken up and got back together at least twice now.

Over the summer, Draya got real dramatic after Orlando dumped her last summer. Draya Michele even admitted on the Big Boy’s Neighborhood radio show that she destroyed some of Orlando Scandrick’s favorite shoes by throwing them in the swimming pool after he dumped her.

Draya and Orlando have been struggling since last May, the first time the couple reportedly broke up in a rash of reunions and separations that left many of their fans confused. “After more than two years together Orlando and I have mutually decided to end our relationship,” Draya wrote on Instagram, letting her fans know about the split.

Draya was quick to defend herself, pointing out that she did not dump Scandrick. Instead, it was the other way around and a Draya made it pretty clear that she took the rejection hard. Orlando Scandrick ended up apologizing to Draya and the couple reunited only to have a similar separation just months later.

Orlando admitted his relationship with Draya was pretty in a restraining order request filed back in July. In the filing, Orlando claimed that Draya was abusive towards him and had attacked her NFL baller boyfriend on several occasions throughout their relationship.

Scandrick even claimed that Draya had sprayed pepper spray on him during an argument. It sounds pretty toxic but that didn’t stop Draya and Orlando from getting back together anyway.

The restraining order was dismissed when Scandrick failed to show up to a court date. Now we know it’s because he was busy getting back together with Draya. Once she had Orlando back, did Draya intentionally get pregnant to keep Scandrick from dumping her again?

Draya is currently in her second trimester and tried to keep her pregnancy a secret until she felt it was safe to go public. That means she got pregnant just months after the last time she and Orlando reunited.

Draya Michele confirmed her pregnancy with People on Tuesday, January 5. The magazine ran a spread of Draya’s maternity photos and an announcement that she and Orlando are expecting a little boy due in May.

Draya claims the whole pregnancy was a happy surprise, telling People, “I’m not sure what made me decide to take a home pregnancy test, but I decided on taking two at the same time!” Michele claims to be very excited about her surprise son with Orlando Scandrick