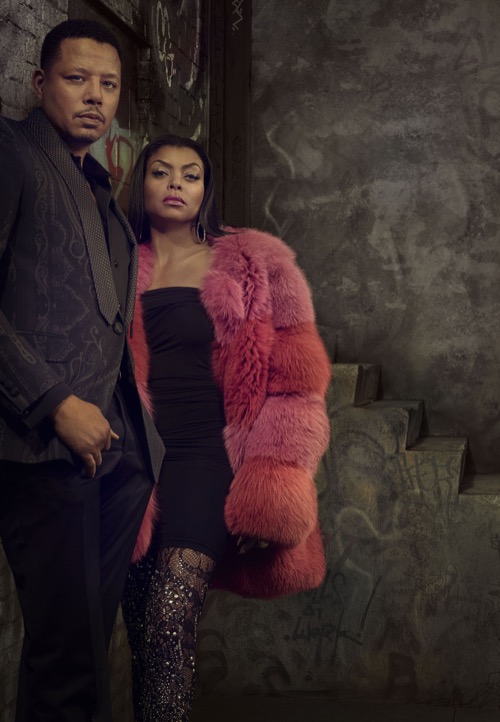 Fans of the hit drama series Empire, know that the Season Two finale with Hakeem’s (Bryshere “Yazz” Gray) disastrous wedding to Laura Calleros (Jamila Velazquez) being called off due to a fight, ended up still being the wedding day for Lucious Lyon (Terrence Howard) and Anika Calhoun (Grace Gealey). A marriage created in hell. Lucious and his ex-wife, Cookie Lyon (Taraji P. Henson) were finally reconnecting and it looked like their family was finally going to be one unit again. Since when has any drama series been that simple, especially on Empire?

There is a huge history between all of them and Cookie always tends to forgive the unthinkable. Coming into Season 3, we all can’t help but wonder if she could really forgive Lucious for this deception. We were unable to squeeze too many details out of the producers, but we can be sure Cookie will come back demanding more for herself again. She will fight for her own agency within Empire, and she will be fighting for opportunities to start all over again.

There has been a lot of discussion about how and if the lead characters on Empire could fare in their own show. There is also room for a crossover between Lee Daniels’ Empire and his other musical show, Star. There is the potential spin-off with Lucious and Cookie’s characters for sure. Ilene Chaiken says they are thinking about spin-off ideas “all the time.”

Of course, we all know that Cookie and Lucious need to make it through this season without killing each other first. As fans, we know, this is not out of the realm of possibilities. Will Lucious be able to maintain a relationship with Cookie, while married to the woman who is about to bear his grandson?

We also need to remember that in the final scenes of Empire, we see Anika admitting to Rhonda Lyon (Kaitlin Doubleday), that it was her that pushed her down the stairs causing her to lose her and Andre Lyon (Trai Byers) baby. The revelation causes the women to fight and the final seconds you see Andre arrive on the balcony only to hear a woman’s scream. We don’t know who fell, or if one or both of the women were killed.