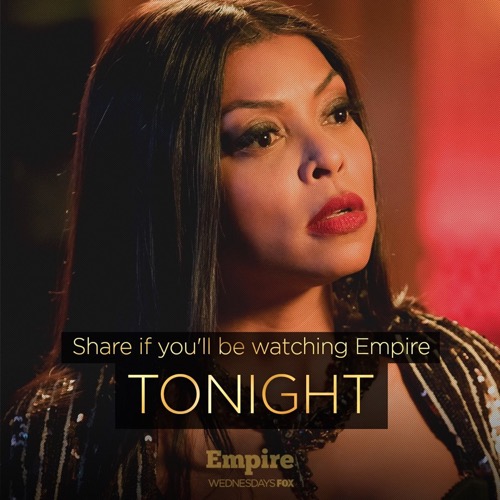 Tonight on FOX their blockbuster drama Empire airs with an all-new Wednesday, December 7, 2016, episode and we have your Empire recap below. On tonight’s Empire season 3 episode 8 as per the FOX synopsis, “In order to get Nessa (Sierra A. McClain) into the spotlight, Andre (Trai Byers) sabotages Tiana’s (Serayah) big appearance at a fashion event; Tariq (Morocco Omari) teams up with Leah (Leslie Uggams) to bring down Lucious (Terrence Howard) and Jamal (Jussie Smollett) hopes working with Philip (Juan Antonio) will help him finally overcome his PTSD.”

Tonight’s episode of Empire kicks off with Cookie giving Angelo and his mom a tour of behind the scenes at a fashion show that she is putting together with a famous designer named Helene Von Wyeth. It turns out that Angelo’s mom already knows Helene, they start talking shop. Angelo’s mom announces that she wants Jamal to perform a song for Angelo’s campaign and at the Captain’s Ball.

Of course, Cookie’s mom starts scrambling and trying to convince them to use a different singer because of Jamal’s stage fright. Jamal announces that he will do it – he’s ready to start performing again.

Nessa stops by Andre’s office and catches him talking to himself, he’s still hallucinating about Rhonda. He changes the subject quickly and wants to talk about streaming her music.

At Lucious’ house, he gets some intel about Tariq. An inside agent says that Tariq is giving up on Shyne and he is working a new angle, but they don’t know what that angle is.

Back at Empire, Helene and Cookie are already bumping heads over the fashion show and what Tiana will wear. Cookie argues that the dress Helene wants her to wear is going to be too tight, she won’t be able to dance. Helene snarks that she wants Tiana’s hair to be straight for the show and she wants to be able to run a fine tooth comb through it.

Nessa and Andre show up at the fashion show rehearsal. Cookie is livid that Andre didn’t show up at her dinner with Angelo’s mom. Andre explains that he went to meet Nessa’s family, and it was important to them. Cookie is thrilled that he is moving on. Andre convinces Cookie to let Nessa shadow Tiana during the fashion show so that she could learn the business. He’s definitely up to something …

Lucious and Hakeem march into Tiana’s dressing room. He announces that Hakeem is going to re-record all of Graham’s songs on her album. Of course, Tiana is not thrilled by the idea.

Lucious heads out, he has a tea date with his mom and Anika. He is trying to get the two women to set aside their differences and live under the same roof in peace. Of course, Lucious’ mom causes a scene in the restaurant. Little does Lucious know, there is an FBI agent sitting next to them and listening in on their entire conversation. Tariq listens to the audio from outside in his car – he wants to turn Lucious’ mom against him, and have her roll over on her own son. And, considering their relationship, it just might work.

Tariq shows up at Leah’s doctor’s office, it’s the only time that he can get her alone and away from Lucious. He comforts her and tells her that he is going to help get Leah Anika out of the house.
Nessa doesn’t wait long to make her move. She “accidentally” catches Helene’s dress on fire and then Tiana goes on a rampage and Nessa secretly records it and leaks it on the internet. All hell breaks loose, and Andre is waiting to be the hero and clean it all up for Empire.

Jamal meets up with Philip, he has a new PTSD treatment that he thinks will help Jamal overcome his stage freight. Lucious shows up and is shocked to see the computer hooked up to the computer. Lucious heard that Jamal is going to perform for Angelo’s campaign. He tries to get under Jamal’s skin and convince him not to do it.

Lucious threatens Jamal and says that if he chokes on stage, then he is out of Empire and he will have to be an independent artist. After Lucious leaves, Philip tries to explain to Jamal that Lucious is his PTSD trigger, and he is not going to get better until he works out his issues with his father.

Andre pays Helene a visit and tries to bury the hatchet with her after her dress was destroyed. Helene is furious with Tiana, so Andre tries to get her to hire Nessa to walk in the show. But, Helene announces she is done with Empire and she wants to use a white model.

Before Andre leaves, he creepily tells Helene that her daughter has “beautiful hair.” The next morning when Helene’s daughter wakes up, someone snuck in to her room and cut off all of her hair.

Helene gets the message loud and clear, she heads to Empire and tells Cookie that the fashion show is back on – and she wants Nessa to wear her dress. Later that night the show goes off without a hitch, and Nessa performs and represents Helene’s new line.

Tiana and Hakeem watch the show from his apartment – they both know that Andre and Nessa played everyone. Hakeem tells Tiana that they are going to get back to them, and reclaim their crown as Empire’s original power couple.

After the show, Helene takes Angelo’s mom aside. Helene warns her that it is not all an act, and the Lyons are actual gangsters – she can’t let her son Angelo keep associating with them.

Lucious heads home and Anika is slinking around in her lingerie – she is furious because Shyne isn’t using her as his A&R rep. She starts smashing all of his prized possessions, including a $200K vase. Lucious promises to give her whatever she wats. Then, they proceed to start having sex on the dining room table. Leah barges in and screams at them to knock it off.

Lucious takes Leah in to his study – she tells him all about her meeting with Tariq. Apparently, Leah has been playing Tariq all along and has been giving him false information for Lucious.

Jamal calls a family meeting at his apartment. He has another visual video and song that he has been working on – this one is about Lucious, and his relationship with his father. Lucious listens silently as Jamal sings about him letting Cookie go to prison in place of him. When the song is over, Lucious scoffs that it is a “sick joke.”

Cookie and Lucious start rehashing the past and arguing over whether or not it is Lucious’ fault that Cookie’s dad died. The boys takes Cookie’s side, but Lucious tells them that it’s not all black and white and Cookie has done her fair share of dirt too – then he storms out on his family.