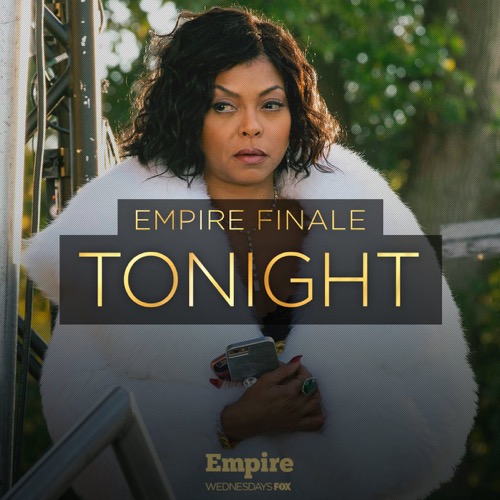 Tonight on FOX their blockbuster drama Empire airs with an all-new Wednesday, December 14, 2016, episode and we have your Empire recap below. On tonight’s Empire season 3 episode 9 Fall Finale “A Furnace for Your Foe” as per the FOX synopsis, “In the fall finale, Cookie (Taraji P. Henson) organizes a free park concert in order to help broaden Angelo’s (Taye Diggs) mass appeal while he works to win the mayoral bid. Elsewhere, the FBI freezes all of Empire’s assets, a move that has major repercussions, as the investigation into Lucious (Terrence Howard) continues.”

Tonight’s episode of Empire kicks off with Angelo Dubois holding a press conference in the streets – he’s not getting a good reception, it’s a tough crowd. Cookie grabs the microphone and co-signs Angelo for mayor.

Cookie crosses a line and announces that since Angelo is a “man of the people,” they are going to hold the Captain’s Ball in the streets at Rockaway Beach and everyone is invited. Angelo’s mom is not a happy camper…

Meanwhile, Jamal is at Empire rehearsing for the Captain’s Ball, he promised he would perform a song for Angelo. Lucious crashes rehearsal and rattles Jamal. He threatens Jamal and tells him not to sing any songs airing the Lyon Family’s dirty laundry.

Lucious heard that Cookie is holding the Captain’s Ball outside and making it public. He show up at her house and tries to convince her to reconsider, he warns her that she is in over her head planning it. Lucious warns Cookie that he doesn’t think Jamal is ready to perform publicly.

At the FBI, Tariq is watching the playback of Freda freestyling. Apparently, Tariq is using Freda’s lyrics to try and prove that Lucious hired a hitman and had Freda’s father killed in prison.

Lucious heads to the boardwalk and has a secret rendezvous on the ferris wheel with Angelo Dubois’ mother. She wants to make a deal with Lucious. Apparently, there is a journalist named Edison Cruz that is publishing a not so flattering story about Angelo that could ruin his campaign. Angelo’s mom offers to ruin Cookie and Angelo’s relationship, in exchange she wants Lucious to stop the Edison’s story.

Cookie is worried about Jamal, she pays him a visit at his apartment. Jamal swears that he is off the pills, but Cookie isn’t buying it. She finds all of the pills in his apartment and washed them down the strain. She wants to make sure that Jamal is clean and sober when he gets on the stage at Angelo’s ball.

Lucious meets up with Edison Cruz, they have a drink and Edison rants about Angelo Dubois taking advantage of “black privilege.” It’s safe to say that Edison is not a fan of Dubois. Lucious makes Edison sit in on a live rap concert with some pretty violent lyrics to shake him up a bit. Lucious threatens Edison without technically threatening him.

After Lucious threatens Edison, he pays Angelo’s mom Diana a visit. Angelo’s numbers are starting to roll in, and it looks like Cookie is actually helping Angelo’s campaign. Diana informs Lucious that the deal is off, she isn’t breaking Cookie and Angelo up. Andre is breaking down, he

Andre is breaking down, he cant get out of bed, he confesses to Nessa that his wife used to manage all of his medication and keep him in control. Nessa says that she isn’t going to do everything for Andre, she is going to help him learn how to take care of himself.

Cookie is trying to plan the ball, but she is having a tough time paying for the vendors because all of Empire’s credit cards have been frozen by the FBI. It looks like Tariq finally got a warrant for their financials based on Freda’s latest rap song. Cookie freaks out – Lucious reassures her that he has someone working for them on the inside at the FBI, and everything is under control.

Lucious heads to the FBI office and marches inside. He confronts Tariq, he accuses him of making the case personal. Lucious tells Tariq that “this isn’t what brothers do” in front of everyone at the office. Before Lucious leaves, he gives Tariq a token for him to hold on to that used to belong to their father.

The big day is finally here, Angelo’s ball is kicking off at Rockaway Beach. The performances are starting. Cookie freaks out when she realizes that Jamal hasn’t arrived yet. She rushes to his apartment and he is lying on the couch and throwing up. Apparently, he is going through withdrawals because his mom threw them all out. Jamal begs his mom to give him just one pill so that he can stop throwing up and perform at the show.

Cookie whines that she doesn’t want her son to be an addict. Then, she crawls under the kitchen sink and takes the drain apart. There are still some pills in the pipe from when she threw them away. Cookie saves a few of the pills and gives them to Jamal.

Shyne corners Lucious in the lobby at Empire – he rants that their relationship isn’t working out, he wants more money. Lucious explains that the FBI has froze their assets. Shyne shocks Lucious and announces that he can loan him $50 Million. But, in exchange, he wants a seat at Empire’s Board of Director’s table and stake in the custody.

Back at the Ball, Tiana and Hakeem perform together on stage. The crowd is thrilled to see them back together. It looks like their reunion is the real deal.

Andre is sitting on the beach alone, talking to Rhonda’s ghost. Ghost Rhonda gives Andre a pep talk and tells him that she believes in him. He promises her that he won’t disappoint her and he will follow through with their plan to use Nessa to gain control of Empire. Before Rhonda leaves, she also makes Andre promise that he will “destroy the bitch [Anika] that killed their baby.” Andre kisses his wedding ring goodbye and throws it in the ocean.

It’s getting late, Cookie finally shows up at the ball with Jamal. He’s wearing sunglasses and seems a little out of it as his mom pushes him on stage in front of the crowd. Jamal pulls off the performance, it’s a success. After the performance is over, Cookie congratulates Jamal, then she and his family corner him and stage an intervention and send him to rehab. Philip takes Jamal to rehab straight from the ball.

The ball almost went off without a hitch – but Lucious isn’t done quite yet. Since Diana backed out of their deal, Lucious uses the opportunity to expose Angelo Dubois and reveal that he was arrested for a DUI years ago. When he was a teenager he crashed a car in to a lake while he was drinking, and there was a girl with him who died.

Andre finds Shyne partying at the club, he is celebrating because Lucious took him up on the $50 Million. Andre knows that Shyne set up the Lyon Family and helped Tariq freeze the assets, just so that he could loan him the money and get control of the company. Andre isn’t going to tell Lucious what Shyne did though, he wants to partner up with him. Andre announces that he and Shyne are going to work together and kill Lucious.