Fetty Wap Feuding With Masika Kalysha After Rapper Gets Another Woman Pregnant! 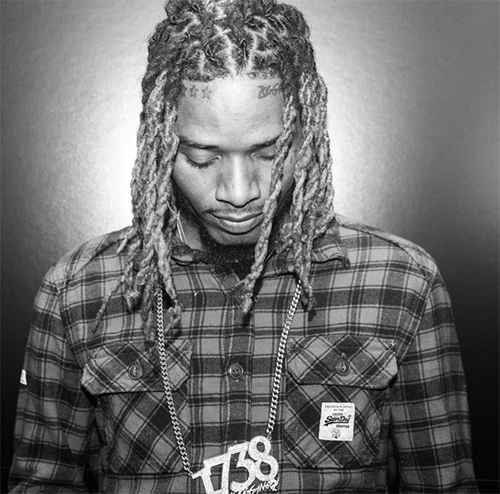 Fetty Wap has stepped it up in his feud with future baby mama Masika Kalysha when he claimed she got pregnant on purpose. Fetty and Masika have been trading blows and meanwhile another woman has popped up, claiming to be pregnant with Fetty’s baby too.

Masika must have been furious after hearing what Fetty Wap had to say about her in an interview with The Shade Room. If he was going on there, then Fetty had nothing nice to say and he certainly didn’t disappoint. “Basically, she knew what she was doing,” Fetty told The Shade Room. “I wasn’t just no random dude in the club, you know what I’m saying? She knew I was going to be there, and that’s how that happened.”

Now we all know it happens a lot but it was pretty hilarious and shocking to hear Fetty Wap talk about the baby mama conspiracy. He thinks that Masika Kalysha stalked him, seduced him and then got pregnant for a paycheck? Considering that even Fetty knows women don’t chase after him for his looks, it’s safe to say his theory is right. But to suggest it wasn’t even a chance encounter? Actually, that might not be so far-fetched.

Masika didn’t stay quiet about the baby trap claims. “That b**** was better of keeping his mouth shut. No real man speaks negative about the woman he got pregnant on purpose against her will…,” Masika tweeted in obvious anger. It seems that Kalysha is turning the tables on Fetty Wap and now she’s claiming that it’s his fault. That tweet made it clear that she claims he got her pregnant on purpose.

Fetty Wap already has two kids with two different women. Masika Kalysha, whether intentional or not, is positioned at baby mama number three. Oh, and Fetty isn’t even done yet because it looks like there is another child on the way according to Reality Wives. Elaynna Parker is said to be a former Seattle call girl that has been hooking up with Fetty.

Parker was posting pictures all over Instagram and had admitted her child belonged to the New Jersey rapper. In the now-deleted account, Elaynna had been sending messages to Masika and Fetty’s supposed other side chick, Alexis Sky. Both Masika and Alexis ended up blocking Fetty’s latest fling and the messy baby mama even posted the message letting her know she was blocked.

The Instagram account has been taken down (although screenshots are forever) and apparently Elaynna is updating her story. Reality Wives claims that a confidential source contacted them after the story was released. That source said that Elaynna isn’t really sure who the father of her child might be and considering her profession, just might be true. Either way, it’s pretty obvious that Elaynna stopped talking about the rapper and we’re wondering if Fetty paid her off, made a few threats. How did that drama just disappear?