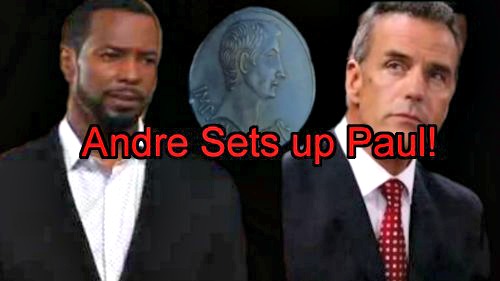 New General Hospital (GH) spoilers reveal now that Jordan Ashford (Vinessa Antoine) blabbed to Andre Maddox (Anthony Montgomery) about the investigation and the cufflink they found, the doctor will make a move to throw the cops off his scent.

A recent GH promo video shows the GH serial killer striking again and another scene shows Elizabeth Webber (Rebecca Herbst) being pushed down some stairs by someone wearing surgical gloves. However, the two attackers don’t match up.

The killer is in a doctor’s lab coat with the sleeves all the way down and surgical gloves. The guy that shoved Liz had rolled up shirt sleeves and gloves on. One seems like a doctor doing terrible things and the other seems like a criminal with gloves on to keep from leaving fingerprints. 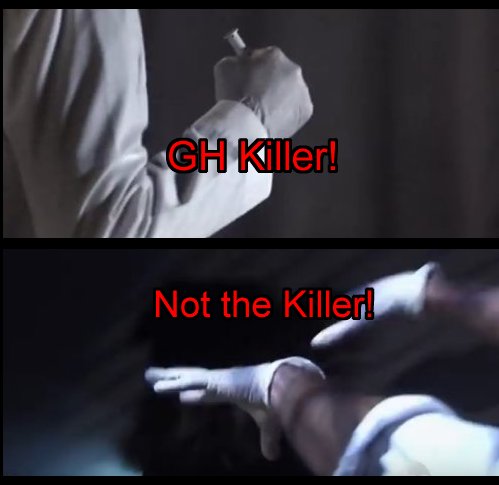 GH loves to throw out false leads and red herrings, so it’s very likely the Liz scene is a fake out. All signs so far point to Andre being the serial killer. And now that he knows the PCPD knows about the cufflink, Andre needs to point the investigation to someone else.

Andre came up with a psych profile of the killer and Jordan said it sounded like any of the doctors at GH, even him. Andre has specified that the killer is arrogant, charismatic and a micro-manager. But Andre will soon lead Jordan to a new target, according to GH spoilers.

Jordan had commented that she felt like the killer could be right under her nose – so that’s where Andre will point her – directly at Paul Hornsby (Richard Burgi). Paul is right under her nose at the PCPD, meets the description, and he’s a guy that likely wears cufflinks 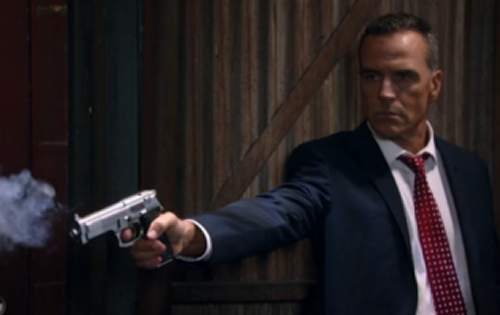 GH viewers know Paul is a killer – he murdered Kyle Sloane (Robb Derringer) and tried to kill Sonny Corinthos (Maurice Benard). But Kyle’s kill was because he raped Paul’s daughter Susan and shooting Sonny was about taking out a mob boss – that doesn’t align with the GH serial killer.

However, Jordan doesn’t know about Paul’s history of violence. But she does know he’s shady and right under her nose. First the PCPD was hyper-focused on Franco (Roger Howarth) and now they might target Paul. This will allow Andre to plot his next kill.

The bottom line is that Paul has no access to medications at GH, can’t wander the halls unrestricted like a doctor can, and doesn’t have the medical knowledge to use derisofol to kill patients. Surely GH staffers would notice the Port Charles DA roaming in and out of patient rooms… 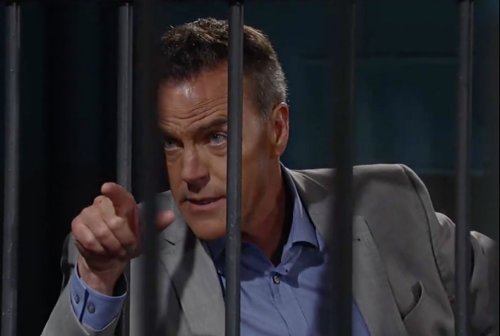 Andre is still the likeliest perpetrator of these awful crimes and will strike again soon. He’ll kill again soon and Monica Quartermaine (Leslie Charleson) and Hamilton Finn (Michael Easton) will find the body as we saw in a new General Hospital spoilers promo video.

Unless GH writers have gone crazy and plan to pin this crime on some meaningless extra who plays a doctor we only see occasionally (there are three or four that show up here and there), Andre is the most interesting choice for the killer – and all clues point to him.

Andre should be able to easily throw the PCPD off his trail – they’re not exactly the sharpest cops around. Jordan and her detectives have found nothing. After all, it was newbie cop Valerie Spencer (Brytni Sarpy) that found the cufflink which is their only real clue.

What do you think GH fans? Will Jordan and the cops fall for Andre’s tactics to mislead them into thinking Paul is the killer? Share your comments below and check back with CDL often for the latest General Hospital spoilers and news.