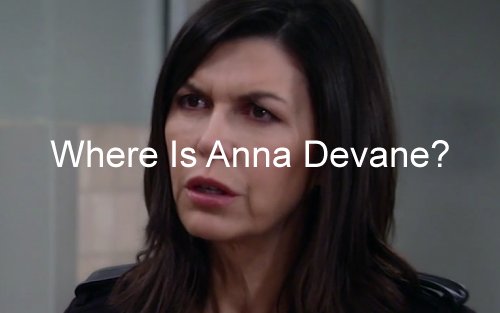 General Hospital (GH) spoilers have teased that Anna Devane (Finola Hughes) would be back in August so that she’d present for Julian Jerome’s (William deVry) murder trial, but news is breaking that Finola’s return is delayed. Are there contract issues afoot?

Since Finola Hughes’ return to GH, she’s scheduled an annual summer vacation and that’s what GH fans were led to believe this absence was. But now news is breaking that Finola will not be back as slated and leaves us wondering if there’s trouble in paradise.

If this is a contract problem with Finola Hughes, it would be just the next in a string of similar network troubles. GH showrunners drew ire when Liz Webber portrayer Rebecca Herbst was sidelined because of contract issues.

Next, ABC representatives denied that Franco portrayer Roger Howarth was in tough contract negotiations after insiders from the show leaked the info – and it turned out later to be fact that contract talks were on, but Howarth and GH were able to come to terms.

Nikolas Cassadine portrayer Tyler Christopher is still nowhere to be seen and even his recast player Nick Stabile has now exited after the apparent death of the character. General Hospital spoilers tease that Nik will likely survive, but GH fans can’t be sure.

So far as anyone knows, Tyler Christopher isn’t back shooting yet. And now there’s this disturbing announcement about Finola Hughes. Although Hughes supposedly inked a three-year deal when she came back to GH, contracts can be broken on either side.

This is major news since Anna is in several significant storylines. She’s in a blossoming love triangle with Andre Maddox (Anthony Montgomery) and Jordan Ashford (Vinessa Antoine), then there’s her semi-maternal relationship with Griffin Munro (Matt Cohen). 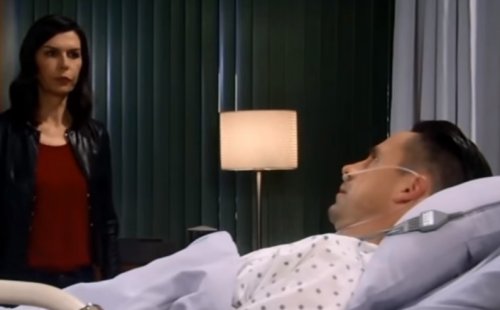 Plus, Anna is about to get closure if Julian goes to trial for ordering Duke Lavery’s (Ian Buchanan) slaying and it would be shocking if she wasn’t front and center if the case goes all the way to court. Finola Hughes’ annual summer vacation was written as a vacation for Anna as well.

General Hospital spoilers explained that Anna was going to California to visit Robin Scorpio (Kimberly McCullough) and her family. Unfortunately, that storyline would also be a convenient way to write a permanent exit for Anna.

A GH plot could simply state that Anna has decided she’s lonely in Port Charles (which she was – the groundwork has been laid there) and wants to be close to her daughter and granddaughter and won’t return to town.

GH has supposedly confirmed that it was Finola Hughes that asked for her summer break to be extended, but that may not be the whole story particularly considering all the other contract storms that have brewed this year. We’ll see how it plays out.

What do you think GH fans? Is Finola Hughes’ delayed return because the actress requested to extend her vacation or is this a red flag of trouble behind the scenes at GH?

Share your comments below and check back with CDL often for all the hottest General Hospital spoilers and news.