General Hospital Spoilers: Cheating Jordan Does It Again – Hooks up With Curtis – Andre Turns to Anna for Comfort 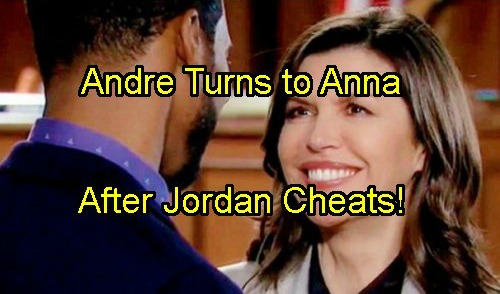 Recent General Hospital (GH) spoilers tease that Jordan Ashford (Vinessa Antoine) will cause two hot couples to crash and burn and two new couples will form as a result. Anna Devane (Finola Hughes) is mixed up in this mess as are two of the sexiest men in Port Charles.

Anna just had to confront an ugly reality when Paul Hornsby (Richard Burgi) reminded her, even as she was trying to stop him from murdering his ex-wife, that he’s in love with her and wants them to get together. Anna also had that catastrophic encounter with Kyle Sloane (Robb Derringer).

She now knows that Kyle was a woman beater and rapist and Paul is a serial killer. What does that say about the kind of men she attracts? Add to that Duke Lavery’s (Ian Buchanan) death and Anna has an emotional mess brewing inside her that needs to be dealt with – and she will. 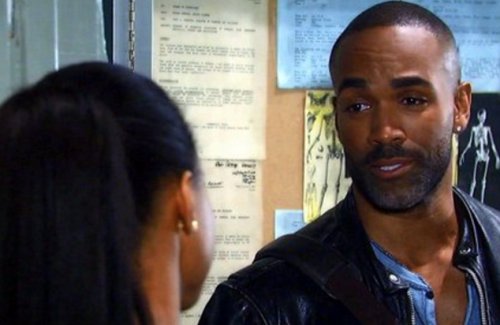 GH spoilers say that Anna does some soul-searching about her life choices and that leads her to talk with Andre Maddox (Anthony Montgomery) who we know has a thing for Anna. However, he’s involved with Jordan right now. But Jordan and Curtis Ashford (Donnell Turner) have a history.

Jordan has a long history of cheating and Curtis has been dropping some hints in front of Andre about their past “closeness.” That leads Andre to believe that Jordan was sleeping with her former brother-in-law and he already knows she kept TJ’s paternity truth hidden for a long time.

Andre has a hard time trusting Jordan already and when she gets closer to Curtis, everything explodes. Curtis is with Valerie Spencer (Brytni Sarpy) right now, but he clearly has some sort of possessive interest in Jordan and that’s why he butts into PCPD cases and is making snide remarks to Andre. 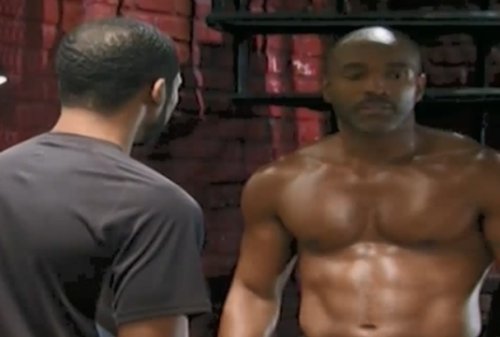 Anna is in a fragile emotional state and needs a good man in her life – Andre is a good man. Andre needs a good woman and realizes that Jordan is not a good woman – she’s not even a good person in many respects. She’s a life-long liar and cheater and a not-so-great mom either.

Andre and Anna are clearly a healthy choice for one another and have sizzling chemistry. They’ll soon give in soon to temptation – as will Curtis and Jordan. This will leave Valerie on the outs, hurting that her boss and BF have gotten busy and she’s been left out in the cold, but does Val deserve this?

Remember she slept with her cousin’s hubby and GH fans hated Valerie for hooking up with Dante Falconeri (Dominic Zamprogna) so this may be a little karma coming Val’s way for her cheating. The fallout won’t be pretty but it looks like there will be a shift in Port Charles power couples coming soon.

What do you think GH fans? Do you want to see Anna with Andre? Are Jordan and Curtis better off together since they’re both shady characters with a shared past? Who will Valerie turn to when her relationship with Curtis implodes? Share your comments below!

And be sure to check back with CDL often for all the latest General Hospital spoilers and news.

This is going to be anything but pleasant. pic.twitter.com/9qZIgKgPU7