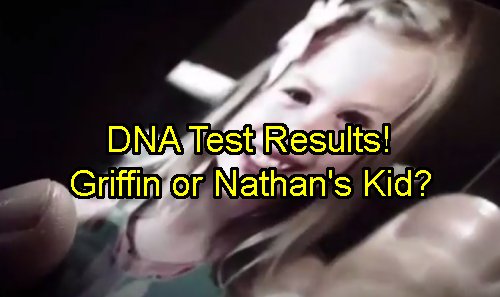 Hot General Hospital (GH) spoilers from a new promo video show that Claudette Bolland’s (Bree Williamson) paternity test results are in and the news is stunning. Griffin Munro (Matt Cohen) corners Claudette and demands the truth from her.

GH fans know that Claudette was sleeping with Griffin and Nathan West (Ryan Paevey) at the same time, but she claimed that she was “careful” with Griffin. But really, is that believable? Since Griffin was a priest at the time, it’s doubtful he had condoms tucked in his cassock. 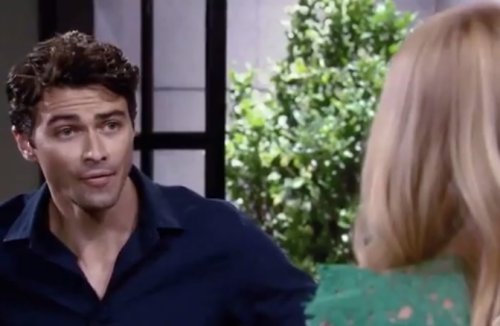 When Griffin and Claudette slept together, it was likely not premeditated by the priest turned doctor even if Claudette knew they would be getting busy. And if Claudette was reckless enough to have the priest in her bed when her cop husband came home, she was probably careless with her birth control.

Maxie Jones (Kirsten Storms) has not believed Claudette from the start – and she’s right not to trust her. There’s also the lingering question of how long was it between when Claudette was sleeping with the priest and the cop – and then got the new boyfriend. 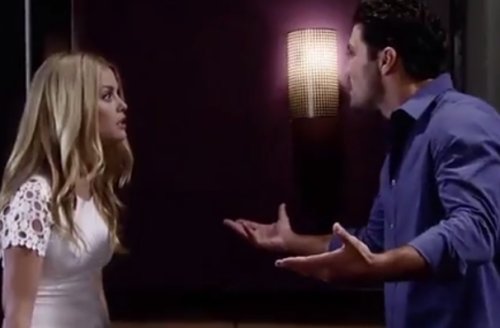 Claudette is clearly in trouble and is lying and scrambling to protect herself. However, she also seemed very confident when she turned over the lock of hair for DNA testing that it would tie the “child” to Nathan. But will it? Hair cut from the ends only provides mother’s DNA, not father’s.

Claudette would have had to have yanked the hair from the child’s head to get follicles in order for it to work for the test, but we have to assume that General Hospital is ignoring science and will deliver some sort of test result. Since they resurrected a kid, facts seem irrelevant over at GH… 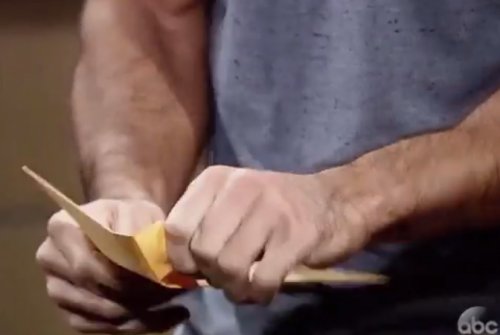 Griffin will be shocked to learn that Claudette is claiming a child from the period they were together and stunned that she assumes it has to be Nathan’s since Griffin knows how “careful” he and Claudette were – or were not.

The General Hospital spoilers video shows Griffin telling Claudette to “spit out the truth” but it’s doubtful that Claudette can tell the truth. It will be interesting to see the test results and find out if there’s a match, who it’s a match to, and what this leads to. 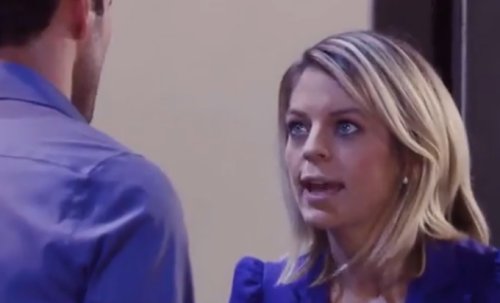 Nathan and Maxie get the envelope in coming days and Nathan just wants it to be over so he rips into it. Claudette seemed so sure that it would be a match for Nathan so it will be a shocker for her if it’s not and for Nathan if it is.

General Hospital spoilers also reveal that, despite this turmoil, Maxie and Nathan will grow closer. At this point, though, it doesn’t seem like Claudette wants Nathan back in her bed – she just wants him to keep her safe if and when her murderous ex-boyfriend shows up in town.

The men of #GH really give us that GH fever! 😍 #MCM pic.twitter.com/kdxfvJEWwB

What do you think GH fans? Did Claudette have a child by Nathan? Or do you hope it’s Griffin? Or is she lying and this “child” is a complete and utter fiction? We’ll find out more this week when the DNA results are in and the truth is revealed about Claudette’s baby scheme.