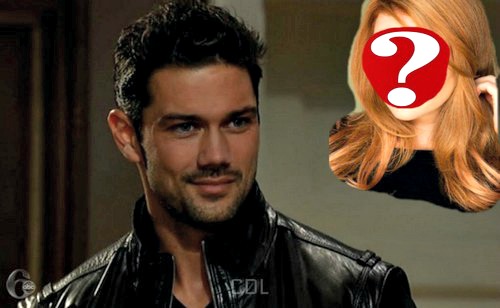 “General Hospital” (GH) spoilers reveal that the recast of Jake Spencer with Hudson West as his portrayer is the tip of the casting iceberg in Port Charles. We’ve got some casting scoop to share that shows big changes coming on future new episodes for many key players and a blossoming cast heading into May sweeps.

First up is “Daniel” who is a white, college-aged guy who has a brother and father already in Port Chuck. If that’s not enough of a clue as to who this guy may be, the word is that prospective actors have been reading with Richard Burgi who plays Paul Hornsby.

That has us thinking that “Daniel” is really Paul Hornsby Jr, the heretofore unseen offspring of Paul and Jenny Eckert. Dirty DA Jr would be 20 by now and him coming to town makes sense because long simmering GH spoilers indicate Dillon Quartermaine (Robert P Watkins) wants to meet all his siblings.

The next audition we heard about is for “Theodore” an African-American college-aged guy who has a cousin or brother in town. The big info here is that prospectives are running scenes with Haley Pullos – Molly Lansing – and we have to wonder why…

Is General Hosptial recasting TJ Ashford since Tequan Richmond dropped to recurring because of his jam packed schedule of other projects? It would be a shame to lose such a talent especially when he’s up for an Emmy this year, but it sure sounds like a fit for TJ, right?

Next of interest is “Melissa” who is a doctor in her late 20s who is worldly and intelligent, has an ex in town and some knowledge of Port Charles. Actresses for this part have reportedly been reading with Matt Cohen aka GH’s own McDreamy Dr Griffin Munro.

Also on the “Melissa” casting, the call sheet asks for a blond or redhead and other General Hospital casting spoilers reveal Claudette has been cast and is a ginger – so we’re wondering if “Melissa” might be Claudette and Griffin might have been the other man she was cheating with on Nathan West (Ryan Paevey).
We’ll see…

Now of HUGE interest is the casting call for what looks like a small family coming to Port Chuck with “Jack” as the dad who is an older white male 50-60s and “Sharon” who is his wife and an older white female of the same age. GH showrunners want “name actors” for these two.

“Jack” and “Sharon” will have a son with them and “Jack” supposedly knows about the Port Charles underworld scene and lots about Nikolas Cassadine (Tyler Christopher). There’s some buzz that this could be the Berlin clan – the disreputable family of Hayden Barnes/Rachel Berlin (Rebecca Budig).

There’s also a new guy Aaron (John DeLuca) starting soon who has scenes with Sonny Corinthos (Maurice Benard) and a new part of “Riley” and auditioning actresses have been reading with Bryan Craig, portrayer of Morgan Corinthos.

If Kiki Jerome (Hayley Erin) and Dillon Q kick off the romance that we saw teased in the spring GH promo, Morgan needs a new lady love. Finally, there’s a call for “Evangeline” with no details about what they’re looking for with this character.

As we know, the character names used for auditions are meaningless – remember we were told that Michael Easton was coming back as Dr Byrne and we’ve got Hamilton Finn instead. Also, there’s no word on whether these are short-term gigs or longer.

With GH’s ensemble already beefy, it’s hard to imagine there’s room in the roster or budget for most of these to be contract players, but we’ll see. Clearly the most interesting of all of these casting announcements is Claudette.

With Maxie Jones (Kirsten Storms) saying “yes” to Nathan’s proposal, Claudette showing up should be lots of fun – particularly since Griffin and Nathan seem to have a past that could tie to the mysterious Canadian chick.

Share your comments below on these casting teasers and check back with CDL often for more “General Hospital” spoilers and news.