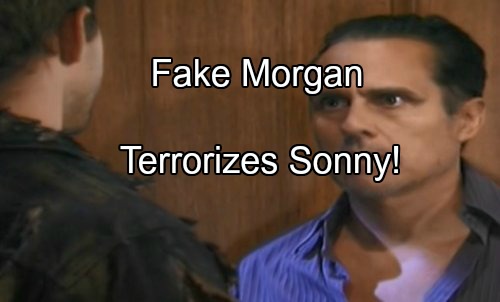 New General Hospital (GH) spoilers tease that the “zombie” Morgan Corinthos (Bryan Craig) that terrorizes Sonny Corinthos (Maurice Benard) on Halloween is more than he appears to be. Sonny has been off the rails, seeing and hearing Morgan around the house, but that’s not what this is.

Yes, Sonny has been hallucinating things, but this is not one of them. There really is someone at the door of Casa Corinthos and things get wild from there. It could be someone with business at the house or it might be a random trick-or-treater, but GH spoilers hint it’s a real person Sonny interacts with. 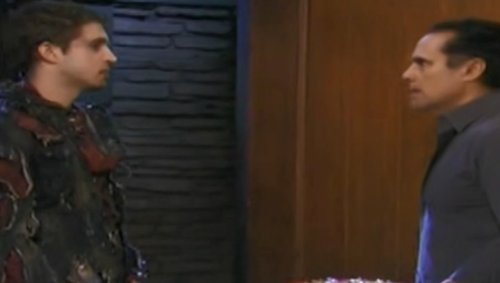 The mob boss is initially terrified by the apparition at his door and then it takes a turn. Sonny hears what he wants to hear what the person is saying, though, is not what Sonny is hearing. What Sonny hears is “I made it back home to you.” What the person might be saying is “trick or treat.”

It could be a pizza guy, presidential poll taker, who knows? The bottom line is after Sonny gets over his horror, he’s giddy with delight and his addled brain truly thinks Morgan is alive and has come home. Once the case of mistaken identity is corrected, Sonny will snap.

He’s already on edge and events are conspiring to push him to his wit’s end. First there was Julian Jerome (William deVry) with the fruit basket and threats. Then it was Ava Jerome (Maura West) pushing Sonny’s buttons. Now it’s Sonny’s own mind playing tricks on him.

All of this amps up Sonny’s mania – he’s off kilter and boozing which is causing bipolar problems sine alcohol messes with your mood and throws off your meds. In a way, Sonny has pushed himself to the point that Morgan was at when he stole the car – depressed, drinking, suicidal. 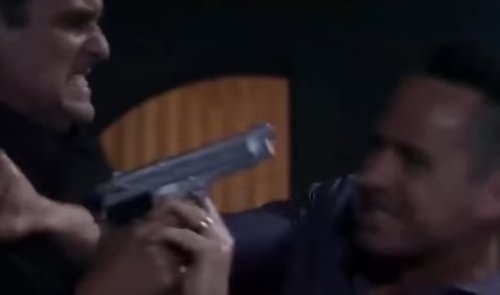 This feeds into violent events coming later this week. Today, Sonny explodes on the Halloween visitor when he realizes it’s not Morgan. Then, mid-week, Sonny tries to get closer to Carly Corinthos (Laura Wright) once again but that goes bust when she rejects a kind gesture he makes.

By Friday, Sonny snaps and goes after Julian. The two get into a physical confrontation on the docks and wind up wrestling for a gun and shots are fired. Sonny and Julian will both survive this encounter, but the aggression between the two continues to escalate. 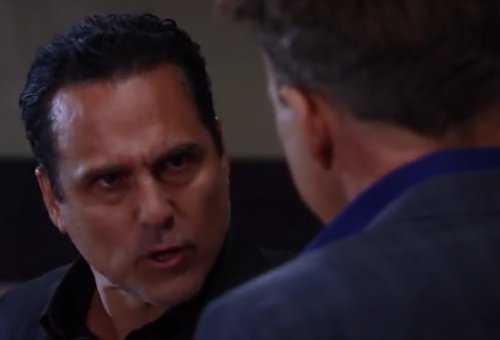 Sonny has now assaulted Julian and Scotty Baldwin (Kin Shriner) and could be arrested for his actions, even if there’s no evidence in the bombing case to arrest him for that. As Sonny goes off the rails worse every day, Jason Morgan (Billy Miller) steps up his plan to get answers.

Sonny blamed Jason for Morgan’s death and Jason knows Sonny won’t stop spinning out until he can forgive himself. Jason goes back to Curtis Ashford (Donnell Turner) this week and pushes him hard to share details of his investigation he’s working for Julian. 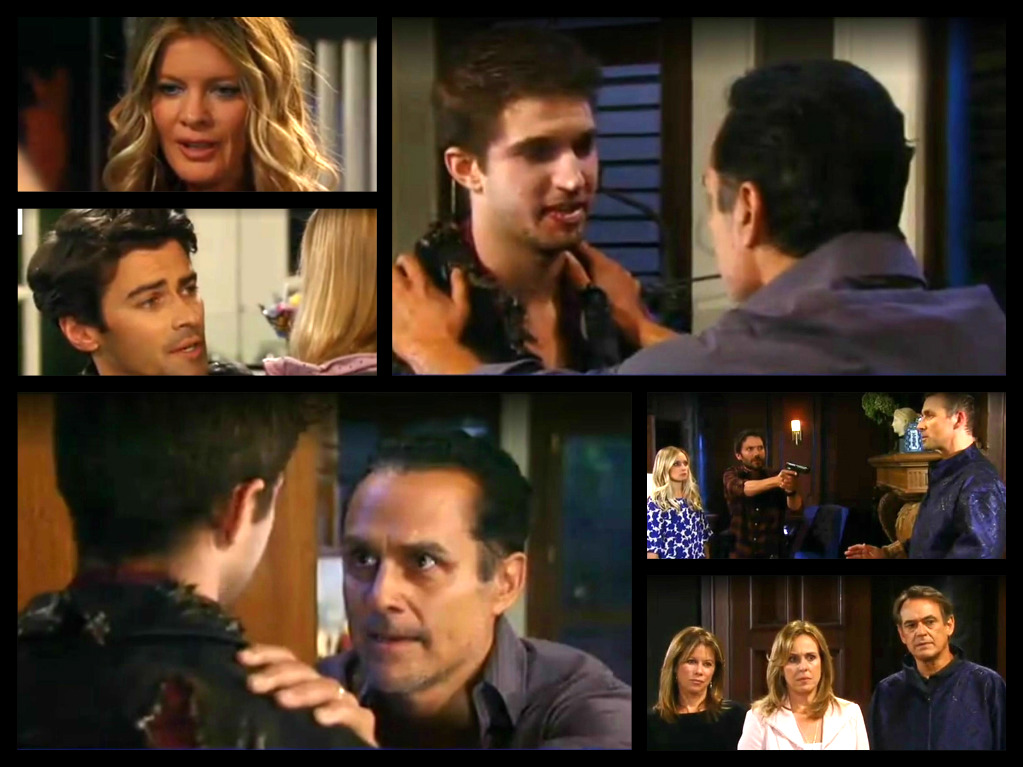 General Hospital today from top to bottom on 🎯

As Sonny’s behavior deteriorates, it will be a race against time for Jason and others to try and save Sonny from himself. What do you think GH fans? Will Sonny or the stranger at his door be more terrified by the end of their encounter?

They always assume the worst. pic.twitter.com/lFd0aG77ey