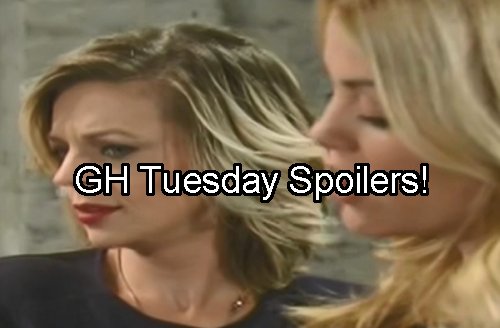 New General Hospital (GH) spoilers for the Tuesday, October 18 episode reveal that Anna takes out her frustration on Griffin, Laura has big plans for Wyndemere, Hayden cautions Finn, and Franco has a stunning conversation with his mom Heather.

Claudette Bolland (Bree Williamson) shocks Nathan West (Ryan Paevey) and Maxie Jones (Kirsten Storms) when she offers to let them keep Charlotte West (Scarlett Fernandez) for the night. What is Claudette up to that requires a babysitter? Nathan will be thrilled. 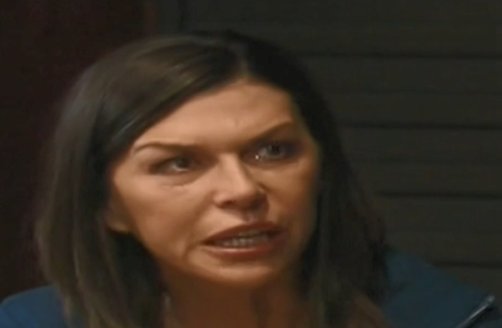 At the boxing gym, Anna Devane (Finola Hughes) works out some of her angst and then vents to Griffin Munro (Matt Cohen) that he doesn’t know how she feels. She’s mad at the Julian Jerome (William deVry) verdict but she’s wrong. Griffin does know how she feels.

Anna also considers what’s next because “General Hospital” spoilers reveal that she will soon get an interesting job offer that she’ll discuss with Andre Maddox (Anthony Montgomery). Will Anna walk away from the PCPD? All signs point to yes. 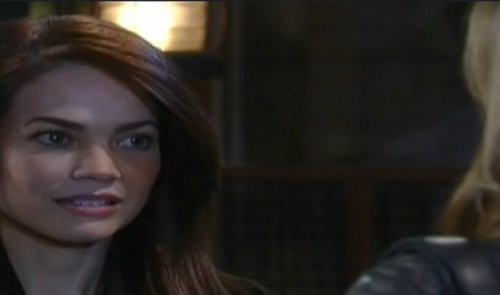 Liz Webber (Rebecca Herbst) runs into Laura Spencer (Genie Francis) who shares an interesting update on her life. Laura tells her she’s considering putting Wyndemere up for sale. Laura is tired of the grim history and costly upkeep that comes with the Cassadine castle.

Laura also quizzes Liz on her life and asks her about her blossoming relationship with Franco (Roger Howarth). Laura wants to know how her former daughter-in-law feels about her reformed serial killer BF and if things are getting serious. 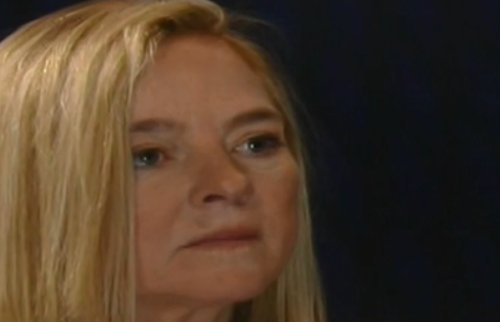 Franco has an important encounter. He wants GH back open so he and Liz both have their jobs back and can stay together. General Hospital can’t reopen because Paul Hornsby (Richard Burgi) is off the hook for the attacks on Bobbie Spencer (Jacklyn Zeman) and Lucas Spencer (Ryan Carnes).

Paul was at the Holiday Gala so he could not have harmed them. That leaves a gap in the investigation and two unsolved crimes. This plot point is GH writers caving to the pressure from fan comments that Paul could not have been at the gala and also over at the hospital attempting murder. 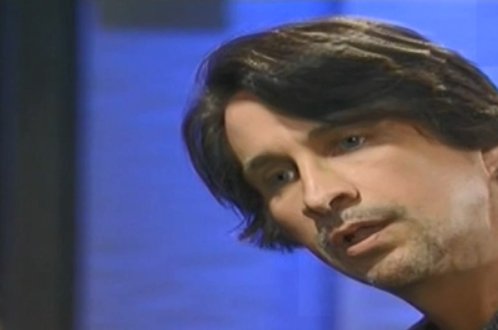 Franco thinks his wacko mom Heather Webber (Robin Mattson) tried to kill Bobbie even though he doesn’t know how she managed it. Heather has proved adept in the past at slithering out of captivity and making mischief, so she could have done it again.

As to why Heather attacked Bobbie (remember Lucas was just collateral damage), it could be about an old rivalry over Scotty Baldwin (Kin Shriner) or some other contrived reason. Will Heather cop to the crimes so GH can get back into the business of saving lives?

Hayden Barnes (Rebecca Budig) is concerned about Hamilton Finn (Michael Easton) and says if he keeps going the way he is he’s going to get himself killed. Hayden wants to help Finn but ends up offended when someone makes her an insulting offer.

All this and more on the next GH. Share your comments on these spoilers for the Tuesday, October 18 GH episode and be sure to check back with CDL often for the latest General Hospital spoilers and news.