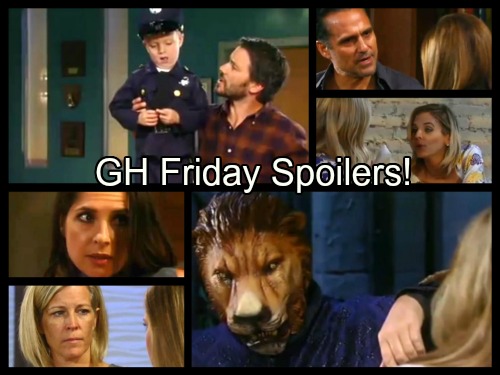 Laura Spencer (Genie Francis) gets two surprises today. First, someone knocks at the door of the castle in a Halloween mask. Is that Kevin Collins (Jon Lindström) looking for a trick or a treat? Also, Lucy Coe (Lynn Herring) has an update for Laura on the sale of Wyndemere. 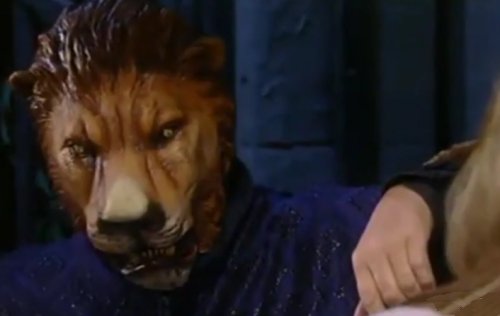 Laura will prepare to say goodbye to the memories, both bad and good, that relate to her strange history on Spoon Island. Who bought the house? Could it be Valentin Cassadine (James Stuart)? Also dressed up for Halloween is Rocco Falconeri.

Dante Falconeri (Dominic Zamprogna) has his adorable son done up as mini-me cop and shows him off to Nathan West (Ryan Paevey) who is still dealing with the stress of finding out Charlotte Bolland (Scarlett Fernandez) is not his daughter. 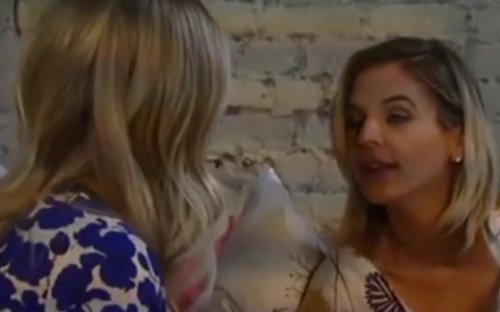 Nathan and Maxie Jones (Kirsten Storms) receive a disturbing video message today that should give some insight on Claudette Bolland (Bree Williamson) but that will put both of them on edge. Before that tension, Maxie talks wedding plans with Lulu Spencer (Emme Rylan).

Maxie says she and Nathan want to get married on New Year’s Eve. Wouldn’t it be great if she and Lulu had a double wedding? Remember back in February, Dante and Lulu both signed the divorce papers even though they later reunited. That would be fun. 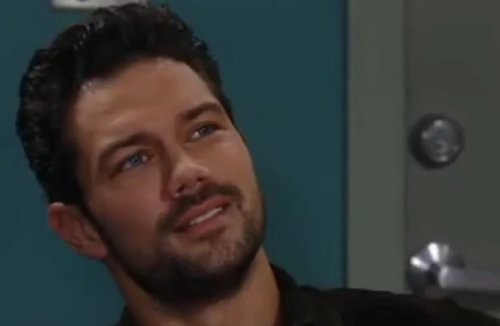 Alexis Davis (Nancy Grahn) has a plan in place and is working an agenda, but she’s also boozing despite her promise to Sam Morgan (Kelly Monaco) to stop drinking. Sam stops by and Alexis tries to cover her tracks on her plan and her alcohol habit.

Sam tells Alexis that she and Jason Morgan (Billy Miller) are planning on moving out of Port Charles to get away from the tension and violence in town. Kristina Corinthos (Lexi Ainsworth) talks to her dad Sonny Corinthos (Maurice Benard). 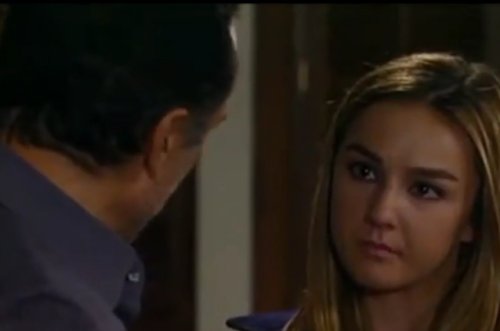 Sonny admits that actions he took led to the death of Morgan Corinthos (Bryan Craig). So far Kristina is still loyal to her dad. Will this conversation change anything? Nelle Hayes (Chloe Lanier) comes to see Carly Corinthos (Laura Wright) at the MetroCourt.

Nelle repeats the same concerns to Carly that she shared with Michael Quartermaine (Chad Duell) and cautions her that Sonny isn’t doing well and she’s worried about him. Bobbie Spencer (Jacklyn Zeman) is there for this conversation and wonders what Nelle is up to. 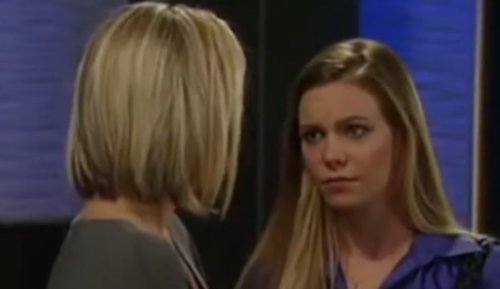 Bobbie is suspicious of Nelle and shares her concerns with Michael who considers what his grandma says and wonders if Nelle can be trusted. There are no signs that Nelle has anything but genuine concern about the family so Bobbie’s warning may go unheeded.

Lots happening in the lead up the Halloween action kicking off tomorrow and spreading into next week. Share your comments on these GH spoilers for the Friday, October 28 episode and check back with CDL often for the latest General Hospital spoilers and news.