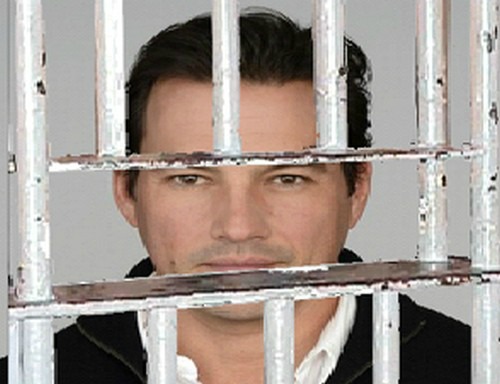 “General Hospital” (GH) spoilers tease that this week’s episodes show there’s about to be a War of the Roses at Wyndemere between Hayden Barnes (Rebecca Budig) and Nikolas Cassadine (Tyler Christopher) because he shut down her bankruptcy and forced her hand. Is the dark prince facing jail time?

It’s not so much the intimidation by Jason Morgan (Billy Miller) that motivated Nikolas to choose Jason’s blackmail over Hayden’s – there were other factors at play. Nikolas knew he couldn’t satisfy both blackmail demands with the ELQ shares he had.

Hayden offered nothing to Nikolas as a boon. Jason, however, offered millions of dollars to buy the stock rather than forcing him to hand it over for free. You’ll recall that Nikolas asked Jason to make the payment to Spencer Cassadine (Nicolas Bechtel).

General Hospital spoilers say this means that Spencer is financially set and it’s money that Hayden can’t touch via blackmail or divorce. So now Hayden can send Nikolas to jail if she wants, but she won’t get any money from him. He can even fight her over the $5 million from the pre-nup based on fraud (plus he doesn’t have that much).

Nikolas has set it so Hayden walks away without a dime whether or not she turns him over to the PCPD for attempted murder. But why would Nikolas put himself in a position to go to jail? The answer is that he faced jail either way and this path helped Spencer AND cheated Hayden.

GH spoilers say Nikolas is sick of the women in his life lying to him and doing him dirty (even though he’s no saint himself). He’s still aching from the wound Britt Westbourne (Kelly Thiebaud) left so Hayden’s actions hit him in a sore spot and he’s lashing out.

We can expect Nikolas to laugh in Hayden’s face and tell her to do her worst but she won’t get ELQ. So what will Hayden do? Will she call the cops and turn Nikolas in? Nah. That doesn’t benefit her unless she wants to live at Wyndemere with his family that hates her while he rots in jail.

GH spoilers reveal that Hayden will reverse her course. But what does that mean? Hayden does love Nikolas even though she decided to take the money and run. So now that there’s no money to run off with, will she embrace the love and their marriage?

Could Hayden tell Nikolas she wants to be with him? Now that everything is out in the open about her lies and his attempted murder can they can move forward with a clean slate? And if Hayden makes that offer, will Nikolas accept?

Remember Nikolas told Liz Webber (Rebecca Herbst) that no matter what Hayden has done to him, he still loves her. Is that still true? Could this twisted duo actually get a happily ever after in the rubble of the blackmail and murder scheme mess? It could happen.

What do you think GH fans? Now that the ugly truth is all out there, can Hayden and Nikolas make a fresh start? Or will Hayden snap and send him to jail – or does she have another scheme in her back pocket to keep Nik under her thumb?

Share your comments below and check back with CDL often for more “General Hospital” spoilers, news and more.