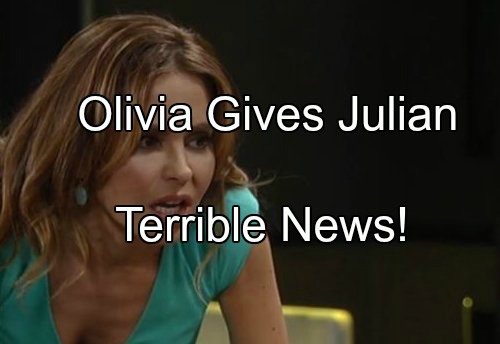 General Hospital (GH) spoilers reveal that Olivia Falconeri (Lisa LoCicero) will devastate Julian Jerome (William deVry) this week. The Jerome mobster is on the edge of losing everything important in his life and may have nothing left to live for and nothing left to lose. What will he do then?

It won’t be long before Olivia discovers that not only is Julian NOT out of the mob as he told her, but he confessed to killing Carlos Rivera (Jeffrey Parise) and ordering the death of Duke Lavery (Ian Buchanan). And if that wasn’t enough to push Olivia to the edge, she’ll find out something worse. 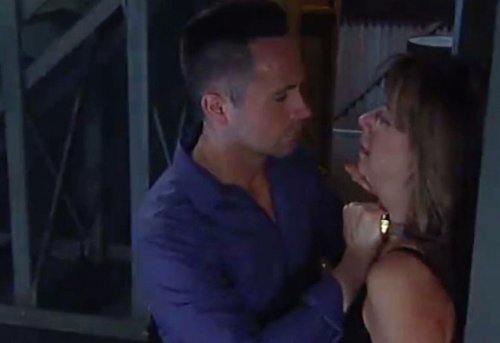 Word will spread that Julian tried to murder Alexis Davis (Nancy Grahn). All that is too much for Olivia. No way is Olivia going to tolerate Julian being in her life after he tried to murder his other baby mama. General Hospital spoilers reveal that Olivia will confront Julian at GH.

Julian has to have surgery for the stab wound that Alexis dealt him (but that Sonny Corinthos (Maurice Benard) confessed to so she didn’t have to face the cops). But the stabbing and surgical recovery won’t be the end of his injuries this week. Looks like Julian will be emotionally injured by others in his life. 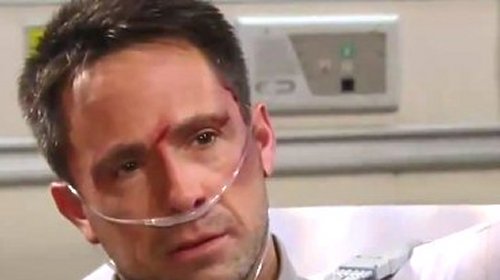 Alexis already told Julian that Sam Morgan (Kelly Monaco) and Danny would be lost to him for what he did to her but that’s the tip of the iceberg. Lucas Jones (Ryan Carnes) will also stop by to see his father and Julian shouldn’t expect any sympathy from his son either.

Lucas is a doctor, after all, and has a great regard for life. When he finds out that his father has confessed to murder, is still in the mob, and tried to knife Alexis, all bets are off. So when Olivia shows up, if she’s the last of his loved ones to arrive, she may deliver the coup de grace.

Remember Julian never knew Lucas or Sam as they were growing up. He missed out on the childhood of both of his older children. Leo is the only child he had a shot to know growing up – but Olivia will soon let Julian know that he’s let that chance slip through his fingers.

General Hospital spoilers reveal that Olivia will show up to visit Julian at GH. An ABC script leaked several weeks ago that revealed Julian’s stay at GH plus the visits by both Olivia and Lucas. This all unfolds this week on the ABC soap when Olivia stops by and devastates Julian. 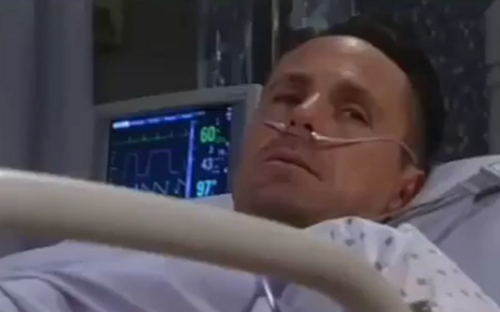 Julian seems to have all the karma for his bad deeds hitting him all at once in a string of unfortunate events. Alexis lied about being pregnant, tricked him into making a confession, then stabbed him in the back. Now Lucas and Olivia will cut him out of their lives and, no doubt, Sam will follow suit.

Once Julian has lost all of his children, what will he do? GH spoilers reveal that the Jerome mobster will take drastic action to avoid the fate awaiting him of life in prison. What do you think GH fans? Do you want to see Julian behind bars? Or do you hope he can wriggle his way out of this mess?