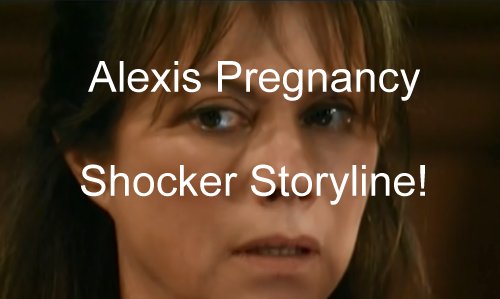 General Hospital (GH) spoilers tease that we may yet see an Alexis Davis (Nancy Grahn) pregnancy shocker storyline despite the fertility issues in the character history. Here’s a look at what may be coming for the lady lawyer who has just helped the PCPD nail her mobster hubby.

If you’ve been watching GH for a while now, you might remember that Alexis had a menopause storyline about five years ago. Reasonably, she should not be able to get pregnant now. However, Jake Webber (Hudson West) should also not be back from the dead, so there’s that to consider.

There are several pieces of evidence hinting that Alexis really might be pregnant despite her believing she was lying to Julian Jerome (William deVry) about carrying his child to force a murder confession. When Alexis checked her phone, she got very intent staring at her calendar. 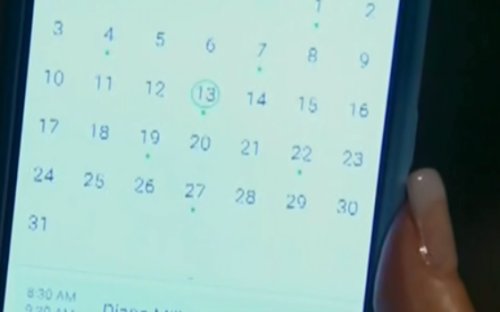 Alexis swiped to go back a month and looked at two circled dates. Then she looked very pensive. Plus, Alexis went into a very detailed conversation with Sonny Corinthos (Maurice Benard) about how Anna Devane (Finola Hughes) gave her a faked pregnancy test to show Julian to convince him.

But then a new GH promo video showed Kristina Corinthos (Lexi Ainsworth) waving around a pregnancy test box that she found in the trash and asking her mother if she’s pregnant. Have the GH writers pulled an ironic move and made Alexis’ lie to Julian about the baby a truth?

And if Alexis is pregnant, have the writers conjured it up, despite Alexis’ menopause backstory for political purposes? General Hospital spoilers tease that an Alexis pregnancy would be a factor that would further complicate the fractured Julexis relationship but it could be more. 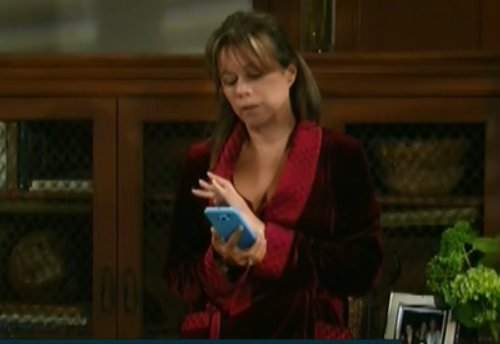 Of course, there are General Hospital spoilers that tease that an Alexis pregnancy could be simply misleading GH fans and there could be another plotline brewing. Perhaps Alexis could be having other health issues – or her cancer could be back – something that might give a false positive to test.

We will follow this storyline closely and look for all clues that might shed light on the truth. Share your comments below and check back with CDL for all the latest General Hospital spoilers and news.