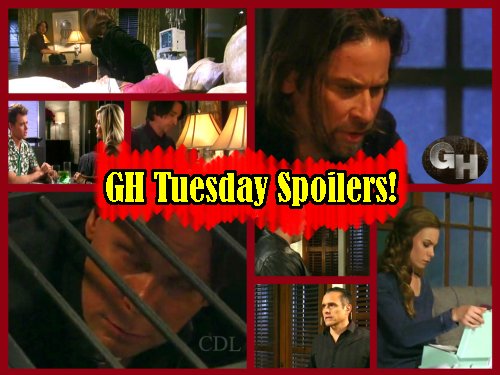 General Hospital (GH) spoilers for Tuesday, December 13 reveal that Nelle Hayes (Chloe Lanier) has more secrets than you can imagine. After ditching Michael Quartermaine (Chad Duell) at the MetroCourt, Nelle goes back to her place and gets out a box of trinkets.

She’s got a silver baby rattle. Did Nelle come from money but then her parents lost it all? Was she born with a silver spoon in her mouth that turned to dust? That would explain part of her anger. More of her secrets and backstory will be revealed on Tuesday’s GH. 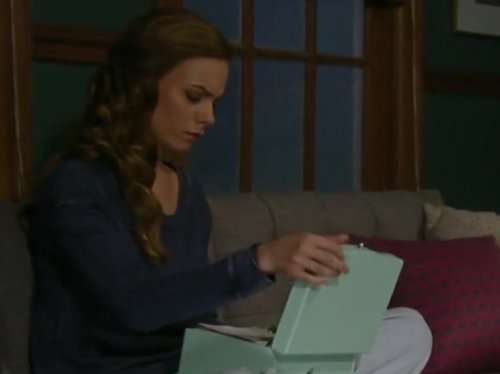 Michael is still looking around the MetroCourt for Nelle when his mom shows up. He and Carly Corinthos (Laura Wright) talk and she tells him she saw Sonny Corinthos (Maurice Benard) and they talked. Michael asks if they’re getting back together.

Carly is thinking about it but that Nelle secret will blow it all up. Carly later decides to make a nice gesture for the holidays and this will come back to bite her. Will Carly invite Nelle to spend Christmas with the Corinthos clan? How awkward will that be for Sonny? 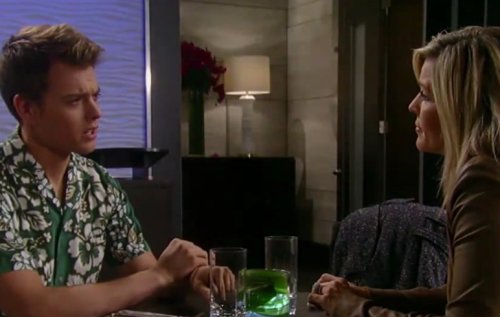 At Sonny’s place, Jason Morgan (Billy Miller) threatens to tell Carly that Sonny slept with Nelle. Sonny and Jason argue and it gets heated. For now, Jason won’t tell Carly but Sonny’s on a deadline. It’s a race to see who will blab first – Nelle or Jason.

Over at the Quartermaine mansion, Tracy Quartermaine (Jane Elliot) checks on Hayden Barnes (Rebecca Budig). Since her collapse at the ice skating rink, Hayden’s condition has spiraled out of control. Tracy holds Hayden as she flatlines. 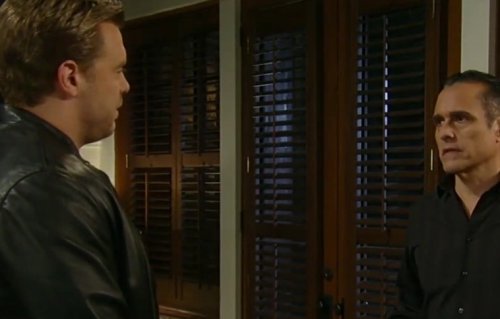 Tracy panics and yells at Hamilton Finn (Michael Easton) to help. She thinks Hayden is dying – and she is. Finn preps an injection to try and bring Hayden back from the brink but time is running out. Finn sees something that inspires him and he dives back into research to cure Hayden and himself.

Franco (Roger Howarth) continues to torment Tom Baker (Don Harvey) and threatens him. He says he’s going to make sure that Tom never hurts Liz Webber (Rebecca Herbst) again. Tom begs Franco for mercy, but Franco doesn’t have any for him. 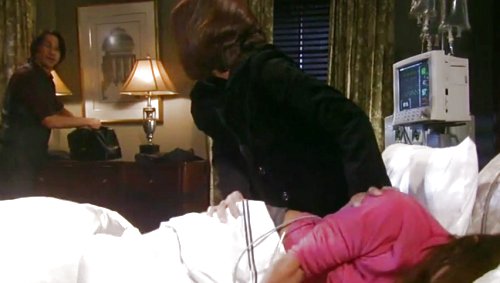 Franco has the shock collar ready to go and the water bottle to spray Tom some more but then Liz comes knocking at the door. Will Tom call for help? If Liz catches Franco with Tom in a cage, it will not look good for him.

Hopefully Franco can muzzle Tom before he can shout to Liz to get him out. Judging by upcoming GH spoilers showing Liz kissing Franco and saying she knows he’s changed, it’s doubtful she catches him with her rapist. 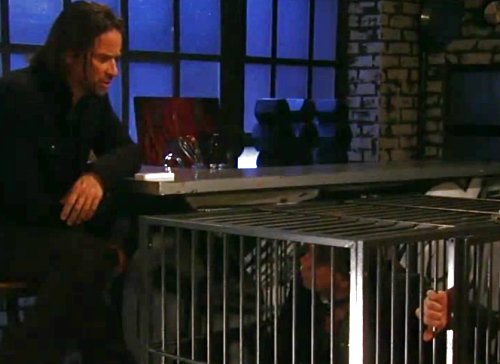 Share your comments below on the action for Tuesday, December 13 and come back to CDL for the hottest General Hospital spoilers and news.