General Hospital (GH) Spoilers: Is Billy Miller a Better Jason Morgan Than Steve Burton – Who Do You Prefer as Stone Cold? 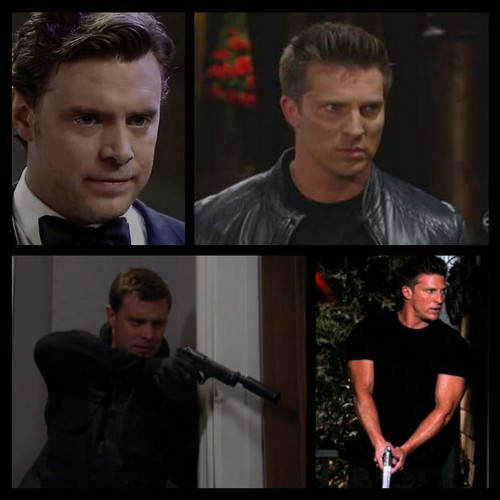 “General Hospital” (GH) spoilers indicate that Jason Morgan (Billy Miller) will continue to figure prominently in the Port Charles character canvas and before too long, will have all his memories back. That will put him in the same mindset, for the most part, as the former Jason (Steve Burton).

With Jake Doe/Jason Morgan suffering amnesia from being run down by Ava Jerome (Maura West), it was justifiable that Jason was not the same as he once was. But with all his memories restored, with the exception of being a little more physically scarred, he’ll be “Stone Cold” once again.

This will no doubt draw fan comparisons. What do you think, who do you prefer as Jason Morgan? First we have to consider that Jason will likely never be truly Stone Cold again. That was a guy who suffered traumatic brain injury in the car crash with his brother AJ Quartermaine.

That Jason was cut off from his emotions. But we’ve seen that something snapped back in Jason’s brain after his latest vehicular run-in and he’s no longer the automaton we grew accustomed to under the tenure of Steve Burton.

In fact, it would be strange to see Steve Burton playing Jason this way – he might not be able to carry it off. While his character Dylan McAvoy over on “The Young and The Restless” displays a wider range of emotion, this is brand new territory for the character of Jason.

We’ve seen Jason tender, laughing, angry, frustrated, bewildered and more – a whole range of full human emotions. This is a far cry from what made Stone Cold intriguing as a leading man – the notion that you had to peel him like an onion to get past his dispassionate exterior.

It’s true that Stone Cold did let some people in – but it took time and he was likely to go cold on you at a moment’s notice. Remember when Jason threatened to kill Sam Morgan (Kelly Monaco) when she sent thugs to scare Liz Webber (Rebecca Herbst) and her kids? 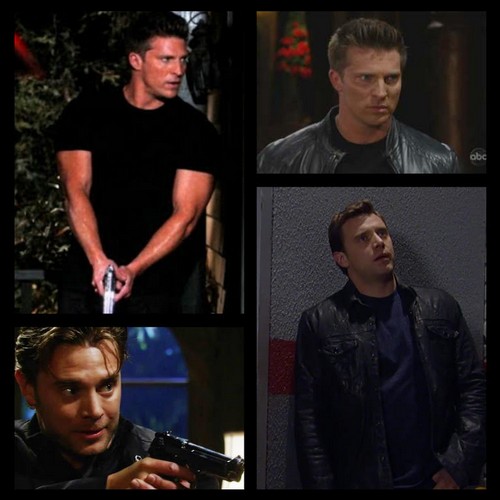 He had turned off the emotions with her and was that Stone Cold killer as he made a genuine threat to her life if she ever pulled a stunt like that again. Old Jason could turn scary in an instant. New Jason can still turn scary, but he’s eaten up by regret soon after.

Jason as Stone Cold with Burton in the role was popular with fans because he was sexy, brooding and dangerous. New Jason with Miller in the role is open to his feelings, loving, tender and funny, yet just as dangerous. It’s almost like the writers redrew the character of Jason just for Miller.

Miller brought over from Y&R some of the devil-may-care sensibility that he had playing Billy Abbott and he’s deliberately lighter as Jason yet still carrying the emotional baggage of Stone Cold that’s inevitable after years and years of being a mob enforcer.

What do you think GH fans? Sure Burton was perfect as Stone Cold of the past, but could he pull off playing Jason as he is today? Or is Billy Miller the perfect fit? Which is your favorite actor to embody Jason Morgan?

Share your thoughts below on your favorite Stone Cold and check back with CDL often for more “General Hospital” spoilers and updates.