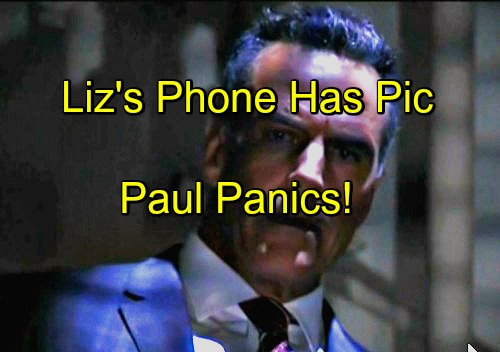 New General Hospital (GH) spoilers tease that Paul Hornsby (Richard Burgi) may have provided the PCPD with a major clue to his identity as the GH serial killer when he knocked Elizabeth Webber (Rebecca Herbst) down the stairs at GH. Here’s why.

We have now seen Liz’s stair shove incident from two perspectives – the first time when she fell and we weren’t sure who did it. The second time was in a flashback from Paul’s perspective as he gave her a rough shove and sent her flying.

Liz had turned on her flashlight app to help her see in the dark, but she was still grappling with her phone when Paul pushed her. Some GH spoilers hint that Liz may have unknowingly taken a photo of her attacker when she was pushed. 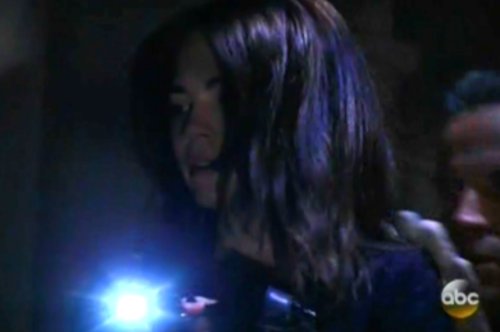 If you go back and watch when she tumbled, there was a flash that may NOT have been the flashlight app but the photo tool on her phone. Dante Falconeri (Dominic Zamprogna) and Curtis Ashford (Donnell Turner) will both find clues in the case soon.

It’s likely that one of these two – probably Curtis – will check out Liz’s phone and find the photo. Why Curtis? That’s simple. Curtis is the one investigating the Liz incident because he wants to exonerate Hayden Barnes (Rebecca Budig).

He may come to question Liz once she recovers from her medical crisis about what she remembers about being pushed. If she tells him she was using her phone, that should lead him to check it out to see if it provides any clues. 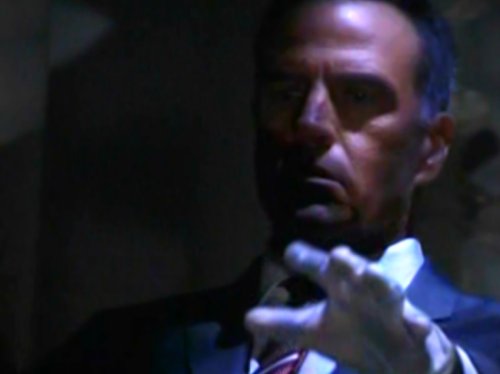 We all know the PCPD can’t investigate their way out of a wet paper bag. Valerie Spencer (Brytni Sarpy) was mad when Curtis said that cops find a suspect then look for a way to prove their theory rather than following the evidence.

In the same breath Valerie told him she was offended, she also told him to accept that Hayden is guilty even though there is NO evidence tying her to the attack. Hayden and Liz argued and she slapped her, but that doesn’t mean she pushed Liz.

Once Curtis checks out Liz’s phone, GH spoilers tease he’ll find a photo. There’s little hope it will show GH serial killer Paul’s face as he shoves Liz but it will offer a clue – perhaps a shot of his shoe, hands, or just a part of his face. 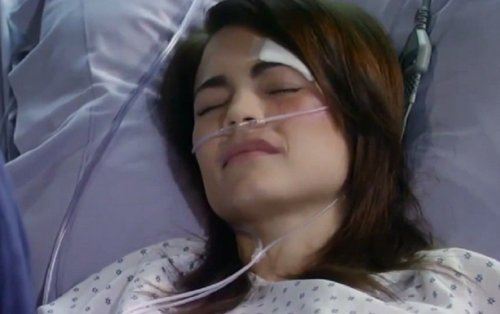 General Hospital spoilers also reveal that when Curtis finds this clue, it will change the whole course of the GH serial killer investigation. Curtis went looking for evidence to save Hayden but will discover much more.

Perhaps with the partial photo plus the cufflink clue, the PCPD will close in on Paul. Once Paul hears they found a photo that might tie back to him, he’ll begin to panic and the GH serial killer will step up his timeline to make the kills he wants.

When Paul realizes time is running out, he will go on a rampage at GH. Between the Liz clue and Ava Jerome’s (Maura West) threats, he knows he needs to finish before he’s caught. Paul will try to complete his agenda as the cops race to catch him. 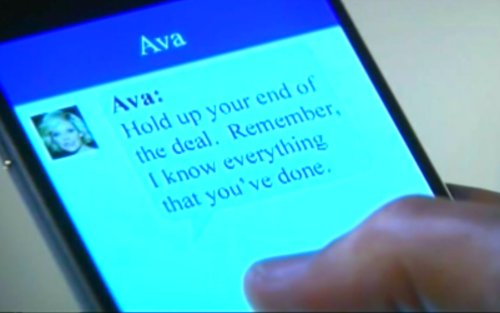 What do you think GH fans? Will it be Curtis that cracks the GH killer case while trying to exonerate Hayden or will the Keystone Cops over at the PCPD finally figure it out?