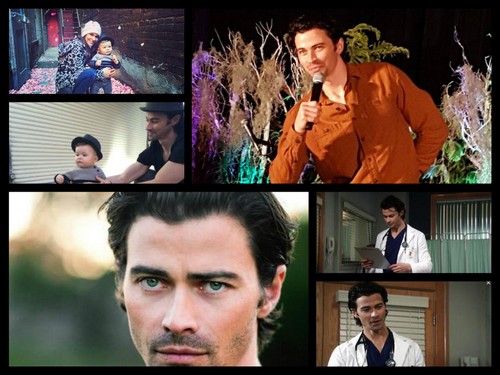 “General Hospital” (GH) spoilers reveal that Matt Cohen will continue to bring the drama as Sonny Corinthos’ (Maurice Benard) new neurosurgeon plus other storylines as we find out who Griffin has ties to in Port Charles.

On Thursday evening, February 18, Matt Cohen hosted a Facebook video chat with fans and here are some of the highlights from his hyper, hilarious and thoughtful self-conducted interview with fans. Check it out.

Welcome General Hospital fans. I’ve been super in-touch with the Supernatural fans… I’m super excited to introduce myself to the General Hospital fan base. Hopefully you guys will take me with open arms. If not, I will twist and squeeze and slide my way into a hug from you guys. I hope we can grow to love each other.” 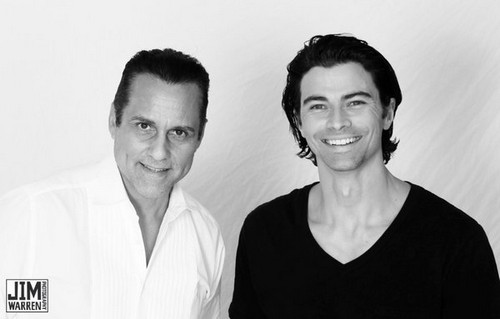 “Maurice was the first person I did a scene with on GH and he’s a fantastic individual. We have tons in common off-camera. We’re both avid boxing fans and we’re both family men. It was very nice to work with him and I look extremely forward to see what happens with Griffin and Sonny. Will they maintain a professional relationship, perhaps be friends, who knows? Great guy though.”

Fan: Will you ever grow out your beard?

“I do grow out my beard during the holidays but it’s super patchy… I look like I have trucker/Joe Dirt beard.”

Fan: Where are you originally from?

“Miami, Florida, but I moved to LA coming up on 12 years now. I don’t miss Florida. It’s hot and a crazy place to live… I’m trying to get my family to move out West. California is a great place and where I work, so I’ve got to be here.” 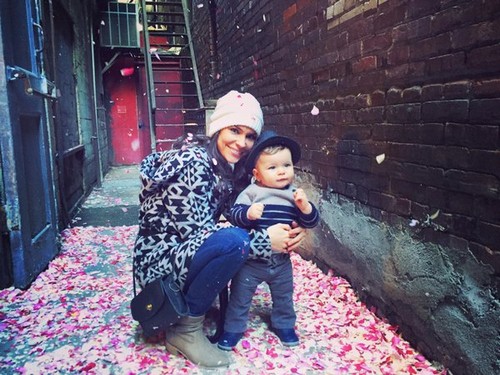 Fan: Are you going to cause problems for Lucas and Brad?

“I’m just going to go ahead and say yes because I feel like that’s the answer I should give you. Do I know with all certainty that I will cause Lucas and Brad problems? No. Not at all. Not even 1% certain – even less than that. I have no certainty whatsoever.

I have a history with Lucas – that will come to light at some point and hopefully Brad’s just a nice guy and we get along, but this is a soap opera so I don’t know if that’s going to happen.”

“Here’s my thing with country music… it gets a little whiny to me.” 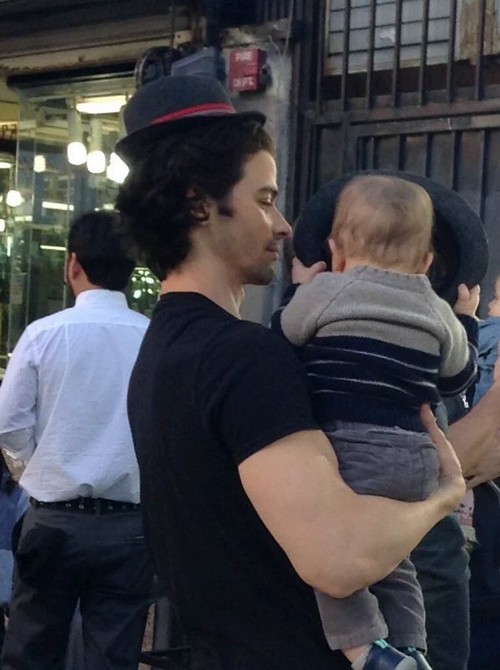 Fan: Will you be tied to Stone in any way?

“I have no idea who I’ll be tied to. We’re going to find out, I would say, shortly the history of Dr Griffin Munro, potentially why he’s a doctor, why he’s in Port Charles and what really brought him there.”

Fan: What was it like working on How to Get Away with Murder?

“It was fantastic. Those people on that set, both in front of the camera, behind the camera are impressive to say the least. Talented and fun and interesting. Hopefully I’ll be back there at some point. We have no idea.”

Fan: What was the worst prank by Jared and Jensen?

“If you don’t know, Jared and Jensen are those two big handsome stud muffins from Supernatural. They don’t pull pranks on me because they’re scared I’ll put them in a rear naked choke and then they’ll black out and not be able to finish their dialog for the rest of the day. So they don’t play with Papa Cohen/Papa Winchester.”

“Right now my favorite rock band is none other than Louden Swain with the front man Robert Benedict. If you don’t know it, look it up. One of their songs I love so much is ‘She Waits’ – another one is called ‘Mama’s Jam.’” 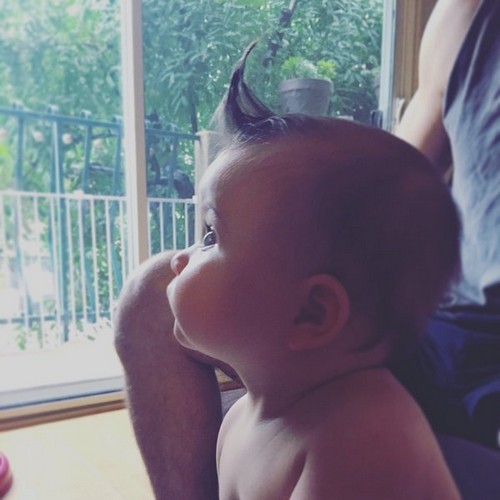 “I don’t want to be swarmed by fans trying to steal the deals I’m trying to get. Marshall’s is the best – I love it. Let’s put this out there right now. I’ve been acting for 10 years, make money to pay my rent, no big deal. I always look for the sale – I am a sale junkie…”

Fan: How old is your son?

“My son is 10 months old and his name is Macklin. It’s an old Celtic surname made into a first name. If you follow my on Vine, you’ll see him.”

Fan: If you could time travel, where would you go?

“That is a great question. I would have to go to the past to see a little bit of history but I would also love to go to the future… I think the opportunity to make the world a better place is right at our fingertips… I’d love to see what 20 years down the road would look like… But everything is fun right now – I would stay right damned here.”

Fan: What inspired you to be an actor?

“Edward Norton in American History X and Mark Wahlberg in something.”

Fan: Do you still do karaoke at the Supernatural cons?

“Yes I do and I encourage General Hospital fans to come to the cons to see me.”

Fan: What is your favorite Jewish holiday?

Fan: Will you continue to do Supernatural conventions?

“I will do my best to show up at Supernatural conventions and General Hospital conventions if I get invitations to those. I am big on being in touch with the fan base. I want to hug every one of you.”

Fan: What is your favorite animal?

Fan: Do you want more kids?

“No, not right now. It’s not what you think. It’s challenging and tiring. But it’s so extremely rewarding. My biggest fear for me is I won’t love that child as much as the other.”

Fan: What are your hobbies?

“Boxing and building things. I build a lot of things around my house. Getting ready to move into a new house so there will be plenty of projects.”

Fan: How is your boxing going?

“Slow. When I have a free moment, I want to spend it with the kid instead of rushing to the boxing gym.”

Fan: How can you be so positive all the time?

“There is no other choice. I spent 10 years depressed and dark… I just smile and try not to get irritated. We should all just be happy.”

Fan: How is your baby?

Fan: How many tattoos do you have?

“A bunch on my upper hip and leg – a bunch of stuff I’ve drawn created – nothing you want to see. Don’t trust a person without a bad tattoo.”

“I found out and now I love that he loves boxing.”

“Thank you General Hospital fans, Supernatural fans, How to Get Away with Murder fans, South of Nowhere fans!

Watch General Hospital and watch Dr Munro potentially cause some drama and I’ll see you soon – I miss you already.”

Be sure to come back to CDL for more “General Hospital” spoilers and news!