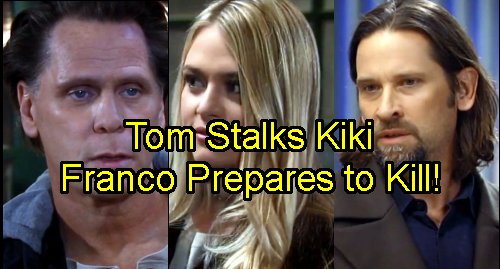 Recent General Hospital (GH) spoilers reveal that Tom Baker (Don Harvey) will soon take a stalkerish perverted interest in Kiki Jerome (Hayley Erin) and this could be what pushes Franco (Roger Howarth) over the edge. Will he murder the man that raped Liz Webber (Rebecca Herbst)?

Franco is hanging on by a tether. Clearly all of Franco’s dark urges did not dwell in that brain tumor, no matter what Diane Miller (Carolyn Hennesy) said in court. Franco talked to his mom Heather Webber (Robin Mattson) about how he wanted to torture Tom.

Also, Franco threatened to kill him and Liz and Griffin Munro (Matt Cohen) both heard it. Liz admitted to Franco that he scared her and this was made worse when Tom told Liz that Franco is the real monster. Are his serial killer urges waking up or is it just the love of Liz and the need to protect her?

Franco is fighting hard to quell his dark urges but Tom pushes his buttons. Franco just told Tom “I will turn you inside out. You will beg me to end your life.” Imagine how much more furious Franco will be when he finds out Tom has turned his sick attention on Kiki. 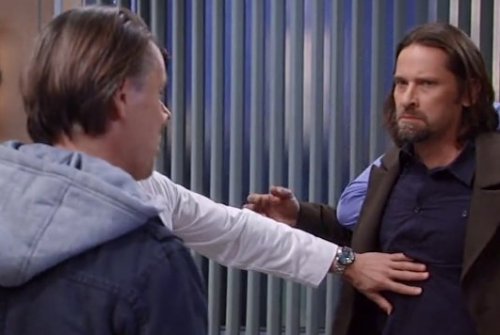 Kiki is the closest thing Franco will ever have to a child and he loves her like she’s his own. Actually, he loves her more than if she was biologically his child, because he knows she doesn’t have any of his twisted DNA and that’s better.

Between taunting Liz and now targeting Kiki, Tom has crossed a line and will soon find out that Franco is not as reformed as he claims. What has changed about Franco is that he doesn’t want to pursue homicide as a hobby. This is about protecting those he loves.

After Franco finds out about Tom following Kiki, he will fill Kiki in who the bad guy is and what he did to Liz. But Liz doesn’t want Franco to wind up in trouble while watching her back so she decides she needs to protect herself and she and Griffin have another talk about Franco next week.

Once Kiki knows who the creep that gave her back her wallet is, she’ll be terrified but will also sign on to help Franco take him down. GH spoilers reveal that the week of December 12, Franco will enlist Kiki to get to Tom. 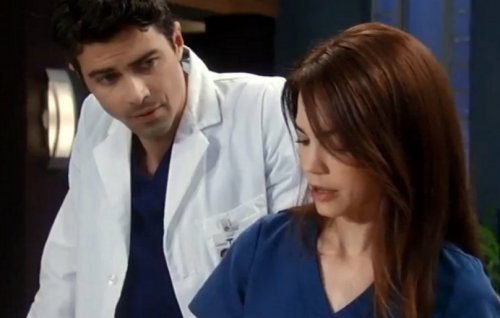 By December 13, General Hospital spoilers indicate Tom will be at Franco’s mercy. Tom will survive this encounter, but his continued survival is in question. Liz is falling for Franco and doesn’t want to lose him to his darkness – or to Pentonville.

On December 16, Liz asks Franco to drop it and leave Tom alone but he won’t. Tom won’t back down and neither will Franco. GH spoilers reveal that Franco will make a decision about Tom that will affect the rest of his life.

Will Liz walk away from Franco if he goes too far? Will Franco decide he has to kill Tom to protect Liz no matter what happens to him as a result? For fans of Friz, this is a big moment of reckoning. What do you think GH fans? Will Franco contain his murderous urges or kill again?