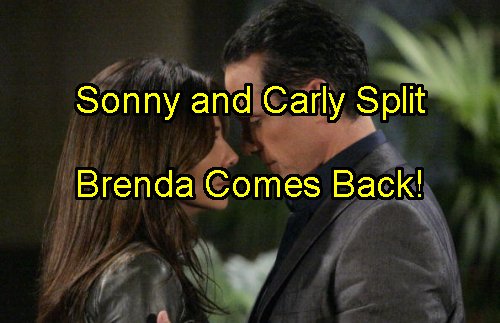 New General Hospital (GH) spoilers direct from Vanessa Marcil reveal that Brenda Barrett might be back in Port Charles soon. Since Carly Corinthos (Laura Wright) and Sonny Corinthos (Maurice Benard) are living apart, Brenda showing up could be catastrophic for the future of the supercouple. Here’s what Vanessa said and why she has GH fans stirred up about a possible return of Brenda.

On Tuesday, Vanessa tweeted “Big news coming…” and “We are coming home.” Those tweets had links to her Instagram where she shared a photo of her in hair and makeup on a set. Lots of GH fans asked her if she was returning to the ABC soap but she didn’t respond to confirm or deny. 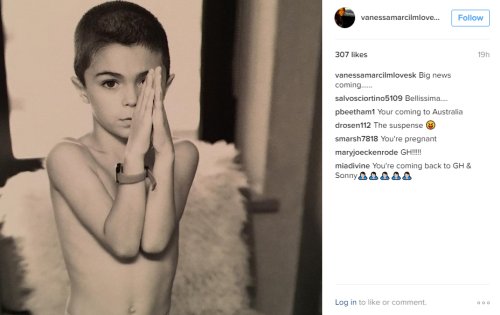 If Vanessa is coming back to GH, the showrunners would not let her release any information without their permission so if this was a hint to fans at her return, it was no doubt coordinated through Frank Valentini. Since Jasper Jax (Ingo Rademacher) just came back, it’s great timing.

With Jax around to tempt Carly, Brenda back to tempt Sonny would perfectly book-end things for the CarSon couple struggling with grief over the death of Morgan Corinthos (Bryan Craig). Jax and Carly already had a kiss even though Jax stopped it before it went further.

GH spoilers coming soon say that Carly will come clean to Sonny about kissing Jax and he won’t take it well. Nelle Hayes (Chloe Lanier) is on-hand to complicate things by setting Sonny up to punish Carly. This is an opportunity for Brenda to show up and protect Sonny.

Brenda coming back might also snap Carly out of her attitude towards Sonny. Right now, she walked away from him over the mob stuff. But if she saw Brenda back in town and making a move on Sonny, that could rattle Carly and make her realize she wants to be with Sonny. 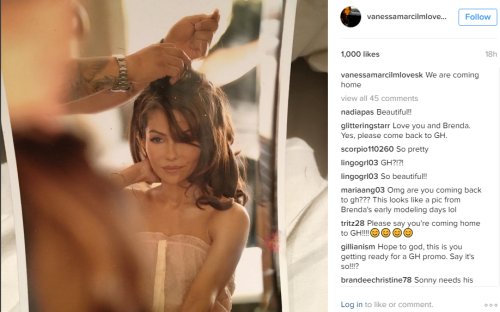 Some GH fans see Sonny and Brenda as soulmates while others see Carly as the one meant for Sonny, so bringing back Brenda would be deeply divisive, but that seems to be what GH is going for lately with their storylines of rape, mental illness, car bombs and blackmail.

Even if Brenda is only brought back for a hallucination or fever dream sequence, like they did with Helena Cassadine (Constance Towers) a while back when Jason was struggling to recover his memories, that would be fun for GH fans of the couple.

What do you think GH fans? Would you love or hate to see Brenda back in Sonny’s life? If she does come back, would you like to see her stick around or just come and go? If a GH return is what Vanessa Marcil is hinting at, it will be exciting.

Share your comments below on the possible return of Brenda to Port Charles – and to Sonny’s life and be sure to check with CDL often for all the latest General Hospital spoilers and news.