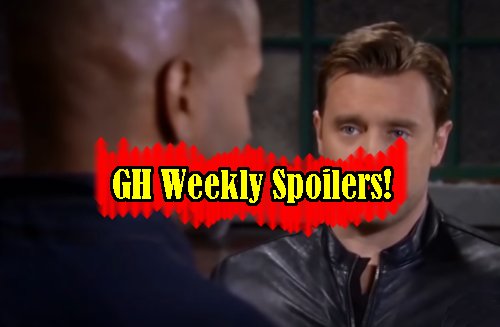 Jason and Sonny argue over his “cheating” and Sonny confesses all of it to his former bestie. Jason will back off telling Carly for now. Carly does a good deed for the holidays, likely for Nelle, and this will come back to bite her later. No good deed goes unpunished.

Nelle gets closer to Michael Quartermaine (Chad Duell) and if she falls for him, that might stop her plans. For now, Nelle promises Sonny she’ll keep quiet about their night together. Jason and new pal Curtis Ashford (Donnell Turner) continue working their case.

Based on new evidence, they go to a dark place and they face danger as they try to find the answers they need. There is a new evil in Port Charles and it’s the real person responsible for the bombing that killed Morgan Corinthos (Bryan Craig) and other drama. 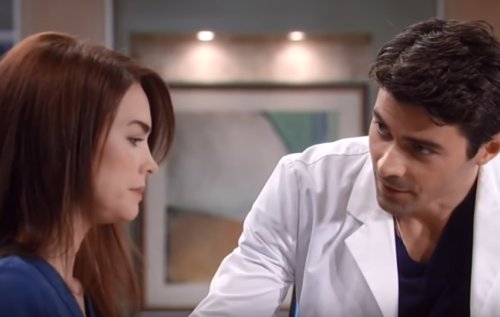 Liz Webber (Rebecca Herbst) has a deep talk with Griffin Munro (Matt Cohen) about her feelings for Franco (Roger Howarth). She’s torn because his violent side scares her. Franco works with Kiki Jerome (Hayley Erin) and they plan to trap the rapist.

Franco uses Kiki as bait and they lure in Tom Baker (Don Harvey). Franco traps Tom and locks him in a cage like the dog that he is. Tom is the same pervert he always was and Franco puts a scare into Tom before letting him go. Franco toys with and terrifies the rapist.

Liz begs Franco to leave Tom alone, but Franco won’t stop messing with him. Is this too much for Liz? GH spoilers have teased she’ll turn to Griffin and this could be the cause. Jordan Ashford (Vinessa Antoine) comes to see Julian Jerome (William deVry).

Jordan has information about the two crimes that targeted him and by the time she’s done sharing, Julian has more questions than answers. Ava Jerome (Maura West) keeps pushing Julian to let Alexis Davis (Nancy Grahn) go but he won’t. 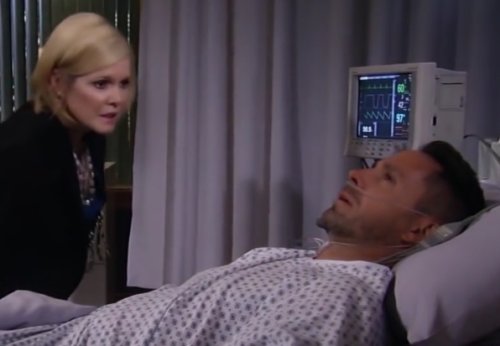 Maxie Jones (Kirsten Storms) tries to get the secret out of Sam Morgan (Kelly Monaco) about her baby’s gender since Maxie is throwing her a baby shower. Will Maxie take the envelope with the answer? Maxie hangs with Felicia Scorpio (Kristina Wagner) and share some guilt she’s feeling.

Lulu Spencer (Emme Rylan) gets a confession out of Valentin Cassadine (James Stuart) that Charlotte is their kid. Laura Spencer (Genie Francis) is shocked by all of this and offers Lulu advice. Dante Falconeri (Dominic Zamprogna) isn’t so sure about Charlotte.

Lulu is thrilled to spend a day bonding with her daughter but Nina Clay (Michelle Stafford) doesn’t like this change of circumstance. Nina warns Valentin to keep a close watch on Lulu. Anna Devane (Finola Hughes) hears a tune that gives her a major flashback of her past with Valentin.

Hayden Barnes (Rebecca Budig) is losing her fight with the disease and Hamilton Finn (Michael Easton) scrambles to find an answer and save her. Finn finds new inspiration by something he sees and puts everything on the line to save the woman he loves.

Share your comments on the spoilers for Monday, December 12 thru Friday, December 16 and come back to CDL often for the latest General Hospital spoilers, news and updates.