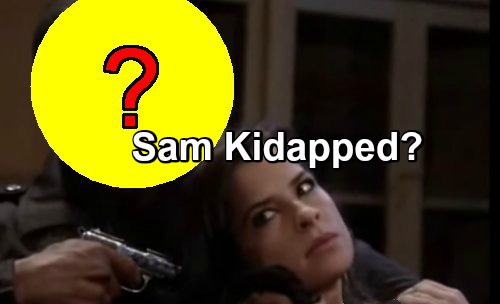 General Hospital (GH) spoilers reveal that Julian Jerome (William deVry) is not in control of his life and choices right now. The new mobster in town is forcing Julian to do bad things and threatening his kids if he doesn’t comply.

Sam Morgan (Kelly Monaco) is a big concern for Julian. Not only is she pregnant but she’s also investigating the bomb case. This will lead her to the new mobster. Julian is also worried about little Leo and his other son.

Lucas Jones (Ryan Carnes) is back in Port Charles this week and that’s more to worry about. The new mobster is also to blame for Julian yanking the wire off Alexis Davis (Nancy Grahn) and threatening her life. 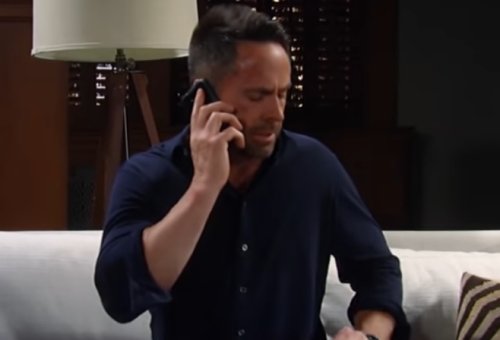 Alexis overheard Julian talking to the mob boss. Alexis wants to know more but he won’t give her any answers no matter how much she asks. The less she knows, the less risk Alexis is in. Unfortunately, Sam won’t stop asking.

While Jason Morgan (Billy Miller) goes to the pawn shop to poke around, Sam goes to look into the Chinese restaurant. She’s getting closer to her due date, but refuses to be sidelined from the investigation.

The lady mob boss is keeping an eye on Julian’s kids to keep him under control. Sam poking around makes her a target. Will Sam be kidnapped because she’s poking into the lady mobster’s business? 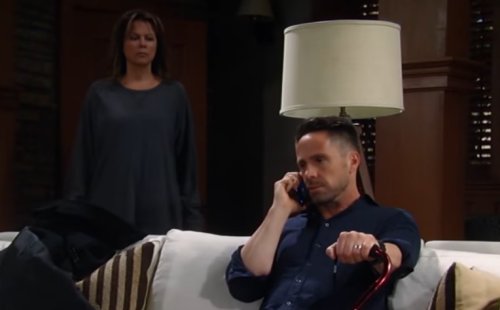 What does the mobster want from Julian? It’s clear that Julian didn’t set the bomb. The plan was for him to die in the explosion and for Sonny Corinthos (Maurice Benard) to go down for the crime.

That would get both mob bosses out of the new lady mobster’s way. Julian survived but is on borrowed time. Julian thought that Sonny tried to kill him but now he knows it was the lady boss.

Jason and Sam will figure it out soon but that puts Sam in danger. It hasn’t been revealed yet what the “big plans” are the lady mobster has for Julian. She may be forcing Julian to put all his Jerome criminal assets in her name. 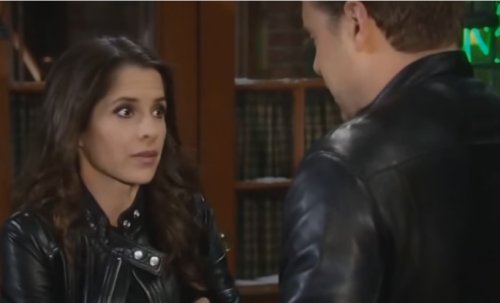 Winston Rudge (David Lee) said that he’s part of their plans, but exactly what they want isn’t clear. They could demand that Julian do almost anything and he would to protect his children and Alexis.

He could be forced to kill Sonny, Jason, or do other unspeakable acts. If Julian pushes back against the new mob boss, kidnapping pregnant Sam would be a good way to get him back in line.

No way will Julian put his daughter with Alexis in jeopardy and since Sam is pregnant, it’s twice as scary for Julian. Share your comments below on the danger Sam is facing and whether Julian can protect his family from the new mob boss in town.

Tune into CDL for the hottest General Hospital spoilers and news.