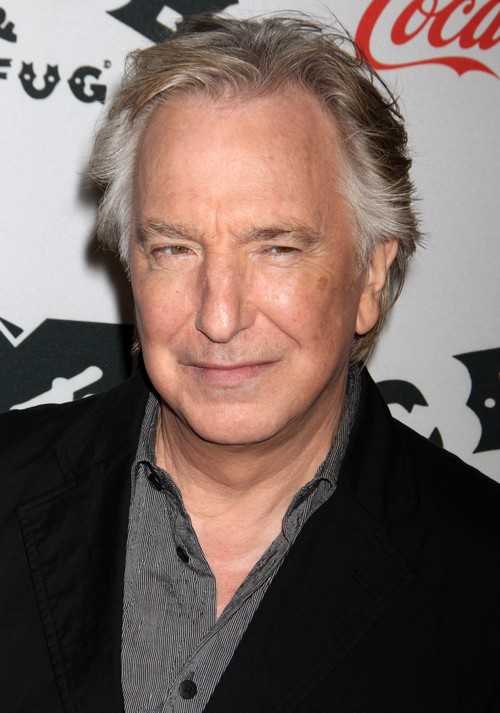 Alan Rickman is dead, known for his roles in Harry Potter and Die Hard, lost his fight against cancer when he passed away in London January 14.

The beloved British actor made a huge impression on the world with his time on the big screen as well as on stage. Fans of all ages are mourning his loss today as the world has lost a great actor.

Alan Rickman had an acting career that lasted more than 40 years. Back in 1978 he starred in a Romeo & Juliet in a TV movie of the classic play. Then fast forward to 2016 where you will be able to hear him on screen once more in Alice Through the Looking Glass. Rickman is the voice of the Blue Caterpillar for the film set to release later this year.

The younger generation of fans mourning Alan Rickman today, grew attached to him during his role as Professor Severus Snape in the Harry Potter movies. There isn’t really anyone who hasn’t been touched by the late actor in one way or another.

Alan Rickman had the gift of a voice that was captured for many, many voice overs. So even when you couldn’t see him, you could hear him and feel him in his many roles “behind the character”.

“There are no words to express how shocked and devastated I am to hear of Alan Rickman’s death. He was a magnificent actor & a wonderful man.”

“My thoughts are with Rima and the rest of Alan’s family. We have all lost a great talent. They have lost part of their hearts.”

Another celebrity to reach out on social media was fellow Harry Potter actor, Daniel Radcliffe. He wrote the following statement on his Google Plus page,

“Alan Rickman is undoubtedly one of the greatest actors I will ever work with. He is also, one of the loyalest and most supportive people I’ve ever met in the film industry. He was so encouraging of me both on set and in the years post-Potter. I’m pretty sure he came and saw everything I ever did on stage both in London and New York.

He didn’t have to do that. I know other people who’ve been friends with him for much much longer than I have and they all say “if you call Alan, it doesn’t matter where in the world he is or how busy he is with what he’s doing, he’ll get back to you within a day”.

There is no doubt that Alan Rickman will be sorely missed by Daniel Radcliffe, J.K. Rowling, most importantly, his family…. and of course millions of fans worldwide.