BY Kristine Francis on May 6, 2016 | Comments: one comment
Related : Recap, Television, TV 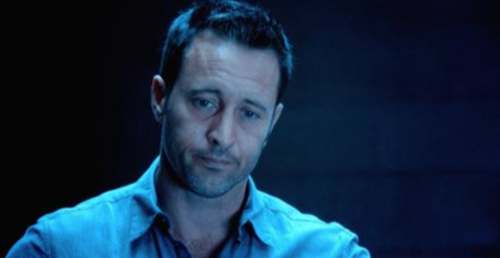 Tonight on CBS Hawaii Five-0 continues with an all new Friday May 6, season 6 episode 23 called, “Pilina Koko.” and we have your weekly recap below. On tonight’s episode, a woman is murdered in her home.

On the last episode, Five-0 tried to save a kidnapped college student from a dangerous vigilante. Did you watch the last episode? We did and recapped it right here for you.

On tonight’s episode as per the CBS synopsis, “a woman is murdered in her home and Five-0 learns that one of their own has a deep connection to the victim’s young daughter.”

Gerard Hirsch had an unfortunate run-in on tonight’s all new episode of “Hawaii 5-0”. Apparently he had gotten called out to the home of Vanessa and Sarah Diaz and so it had been his job to clean up the crime scene. Vanessa and her daughter Sarah had just moved to Hawaii, but it seems that someone had known when to attack Vanessa because her daughter had been a sleepover and the killer managed to take her down within seconds of her pushing the panic button.

However, neither HPD nor 5-0 had come across the perp when they got to the scene. So that had made them believe that the killer also managed to get away. Only Hirsch later noticed something as he was cleaning up the scene. He had saw several wire chords underneath the carpet that were leading to the wall so he followed them till he got to the panic room. That no one else had noticed yet Hirsch did.

So Hirsch had tried his hand on opening the door to the panic room, but that’s when he ran into the killer. As the killer literally ran into him. It looks like once he knew that Hirsch had found out about the room, he decided to rush at the other man in order to escape. And escape he did however Hirsch was injured in the process.

He had taken a hit to the head so he later had to be hospitalized, but Hirsch day did eventually get better. He was later assigned protective detail because he was the only one that had actually seen the killer. So Kono ended up having to babysit Hirsch and nothing in the world could make Hirsch feel better than having Kono around. In case it escaped anyone – he kind of has a huge crush on her.

And so Hirsch later tried to turn his protective detail into a date. With wine, dinner, and even a creepy photo of Kono that had a twin somewhere though he wouldn’t exactly tell Kono where. So Hirsch was pretty much set and his ordeal wasn’t bothering at all. But 5-0 did go on to find out that Hirsch hadn’t in fact run into the killer, instead it seems he ran into a witness to the murder.

Vanessa’s house much like burglarized homes in the area had recently been put on the market. So Chin thought that the thief was casing open houses as a way to find out about all the security details before the places were sold. Yet, a DNA test ran on the victim as well as on Hirsch’s shirt showed that the thief had tried to give Vanessa CPR. Which meant he also probably didn’t shoot her.

There would be no reason to beat someone up first then shoot them point blank if they were going to leave them alive. So 5-0 began searching for their would be thief because they knew he must have seen the killer if he had been hiding out in the panic room during the assault. Though, once they found Doug Morrow through the realtor he liked to use to case homes, they no longer needed Hirsch or to offer him a protective detail. And so Kono had gotten recalled back to work.

Yet, she didn’t come in right away. Instead she chose to hang around for a while. Hirsch’s father was sick so they both had gone over to the older man’s home, but it seems that Hirsch has been telling his father certain times about his connection with 5-0. So Kono had actually lied to cover for him and even agreed that Hirsch was quite helpful at closing cases for them.

And that helped Kono to see Hirsch in a new light. She had always thought he was a joke before, but seeing him with his father and helping him impress the older man had showed her that he really did love his dad. And that he wanted to give his father a better impression of him because he felt his dad needed that more than the truth.

Only his dad knew what was going on. The older Hirsch had been reading all the papers so he knew that his son was a crook and was merely pretending for Hirsch’s benefit. So he later admitted to Kono when they were alone that he also knows his son trying to stay clean, but he had some doubts about it. He said his son liked the finer things in life and that he would eventually want those things back.

So Kono had been trying to figure out what to do with what Hirsch’s father told her when Chin dropped his own news. Chin had apparently been the one to inform Sarah Diaz about her mother so he had asked the young girl if she had any family and she had told him about an uncle. An uncle that’s a police officer and who used to be married to her aunt Malia. And so that’s when Chin realized Sarah was Gabriel Waincroft’s daughter.

And that the man that had killed Vanessa Diaz-Waincroft had been trying to get information out of her in regards to where her husband was. So right away the guys knew that the little girl was in danger. Her mother had already been killed because someone had tried to get to her dad yet, just as they were placing Sarah in protective care, she had been targeted by both Shioma and her hired gun Brigante.

5-0 had tried once again to get Shioma to talk, but she had been too crafty to fall for anything of their tricks. So they were forced to rely on the special bracelet that Sarah wore. Sarah had told Chin that her mother gave her bracelet that she was never supposed to take off and Abigail remembered a case where concerned parents had placed a GPS tracker into their own child’s necklace. And so 5-0 were later able to find Sarah thanks to security chip her mother had put in the bracelet.

However, Brigante didn’t want to let her go without a fight. So McGarrett had to shoot him in order to get the little girl to safety. And while that meant Sarah was now safe, the others couldn’t help noticing that they lost out on yet another chance at getting to Shioma.

Though Kono did realize that her friendship meant something to Hirsch so she did later take time to teach him to surf and just talk to him.

Which should hopefully be enough for now.