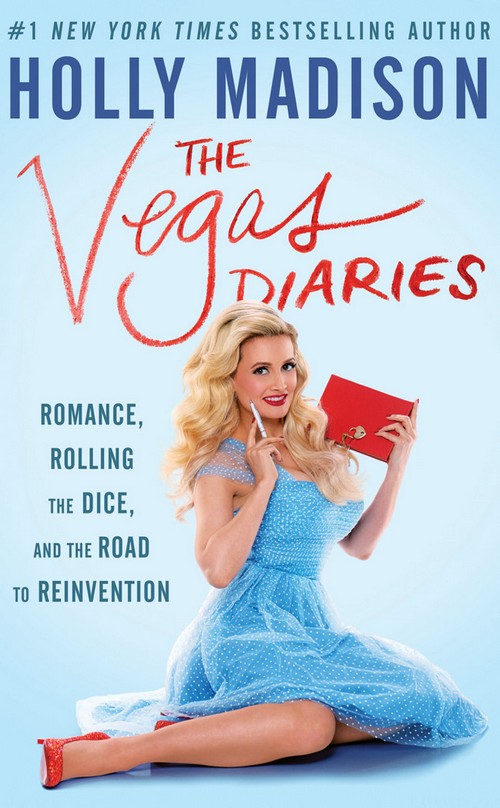 Holly Madison might look like the poster girl for fakery, until you meet her new memoirs, “The Vegas Diaries.” Filled to the brim with more reality television production secrets than an episode of UnReal, Holly Madison comes clean about her time on Hugh Hefner’s sexist reality show, Girls Next Door, as well as the big (ahem) secrets behind Hugh’s closed doors.

Holly Madison writes, “He [Hugh Hefner] knew roughly four things about each girl. Her name, her age, where (approximately) she was from, and how well she behaved and followed the rules.”

So no to-do list today, Mr Hefner? We’re suffering from a bit of Christopher Nolan inspired selective memory loss? The man has enough money to buy Ethiopia ten times over, yet according to Holly, he never took the time to treat each girl equally. She writes about “clear favoritisim” and that Hugh Hefner liked to keep “the girls on their toes”.

Whatever that means is anyone’s guess. All we know is that Hugh and the girls were definitely not as cosy as they pretended to be in front of the cameras.

But it’s a reality show! I hear you cry. Yes, indeed it is, a reality show filled with vapid mis-en-scenes and staged sequences, ala every single reality television show (except Survivor) ever made. Imagine The Bachelor on a champagne-induced trip around the world in 80 Days and you get Hugh’s dirty little secrets hidden away behind camera shutters and clever producers.

According to Holly, her eyes opened after she was filmed congratulating Hugh on his engagement to Crystal Harris. “Filming with Hef was beyond awkward. For so many of the years that I had lived with him, I had forced myself to look at him through rose-colored glasses. Now that I saw the real person, though, it was like interacting with a stranger,” writes the reality television star.

I can merely imagine a producer saying to Hugh, “Dude! You only had to remember four things! Four things! How hard could it be?” No pun intended. There are also rumours of staged scenes and miscast roles, because as with any entertainment product, it’s bound to have a boatload of Titanic-esque production whispers and a mismanaged cast and crew.

Once upon a time, when the Playboy Mansion took the stage for Madam X’s grand finale, Hugh sat behind a desk and imagined himself one day surrounded by physical beauty. That day came and went. And now all we have is a shrivelled up manuscript sold for millions of dollars by Hugh’s one and only Holly Madison.

Don’t let the secrets in, because they get stuck like Gary Busey in a maze. And, as with all sordid tales, those secrets eventually escape like a REDRUM-screaming kid in a red jumper.