Idris Elba Splits With Girlfriend Naiyana Garth: Back On The Dating Market? 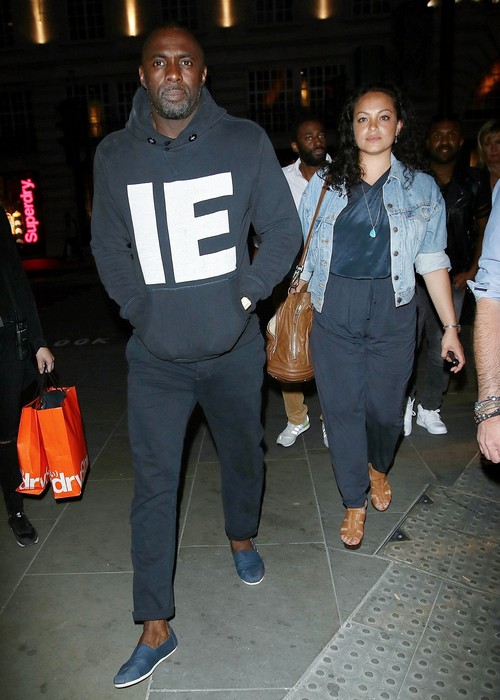 There definitely was some inkling of trouble in paradise when Naiyana Garth was noticeably absent from Elba’s side during the Saturday, January 30 staging of the 22nd Annual Screen Actors Guild (SAG) Awards. Instead, it was his 14-year-old daughter, Isan Elba that accompanied Idris to the awards ceremony where he was nominated for his role in the 2015 release Beasts of No Nation.

Elba won the Best Actor award and it was glaringly obvious during his acceptance speech that there was no mention of Naiyana Garth.

Naiyana Garth and Idris Elba began dating in March 2013 and welcomed a son Winston Elba in April 2014. The 43-year-old Elba has been divorced twice, and his daughter Isan Elba was the offspring from his first marriage. Yahoo! News reported that the Luther star had moved out of the London home he and Garth shared with their 22-month-old son Winston Elba.

Yahoo! News also claimed that Elba had a two-bedroom flat nearby to be close to his son. Was this also with the hope that he could rebuild the pieces of his tattered relationship with Naiyana Garth?

Further evidence came that all was not well with the pair when on Saturday, February 27 the Hollywood star walked the red carpet at the Independent Spirit Awards – this time alone. He also refused any requests for interviews while walking the red carpet; shortly afterward news surfaced of his breakup.

Of course, speculation has been rife that the couple split after reports surfaced of Idris Elba being spotted partying with supermodel Naomi Campbell in New York City in February 2016. The Telegraph reported that Elba and Naomi Campbell became friends in 2014 for the charity event Fashion For Relief so its not a complete surprise when the pair were photographed leaving the 1 Oak Nightclub in New York.

Yet, one must wonder, did Naiyana throw a fit in reaction to Elba’s carryings-on while away in the United States? Elba and the sexy model’s night out came after Naomi threw kisses at Idris Elba via a Twitter post on January 30 saying “#congratulations @idriselba you deserve your double WIN @SAGawards”.

So what really led to the split? Was Naiyana Garth being left unfulfilled because of Idris Elba’s hectic schedules? Was the star really able to juggle his career and his family in a way that satisfied all involved? Or did his time out on the town with Campbell too much for Garth to take?