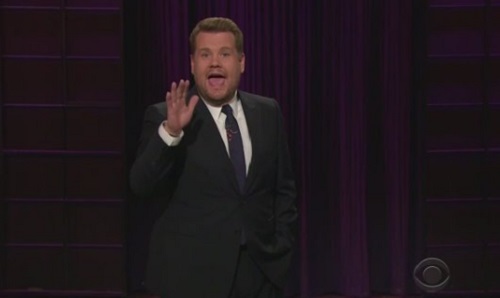 The next host for the Grammy Awards has been announced and that host is… drumroll please… James Corden! That’s right everyone’s favorite late night talk show host will be hosting the 2017 Grammy Awards.

The awards show, which has been hosted by the very suave LL Cool J every year since 2011, will take place on February 12th at the Staples Center in Los Angeles. James Corden is obviously honored and surprised that he was chosen, however he’s a pro at hosting award shows considering that he’s hosted “The Brit Awards” from 2011 to 2014.

In America, he’s risen to fame since “The Late Late show” debuted last year. Not only is he a funny host but he has a special way of interviewing some of his most iconic musical guests with a segment I’m sure you’ve heard of called “Carpool Karaoke”. 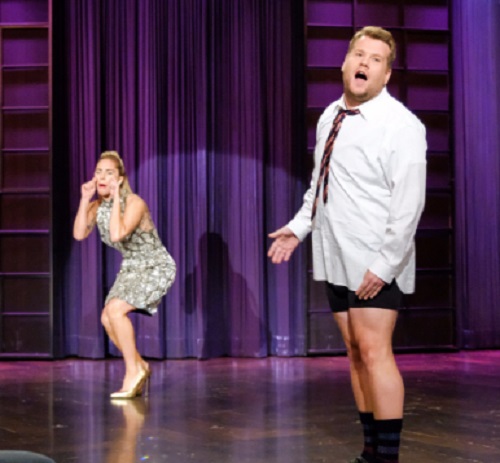 In some of the most memorable ones, James Corden has driven along with Chris Martin, Lady Gaga, Sia, and he made a special exception for the first lady Michelle Obama. Most recently it was announced that Bruno Mars and Madonna will be up next on the segment that’s racked up over two billion plays on Youtube and is preparing to become a full standalone series.

James Corden has also hosted the Tony Awards and won an Emmy Award in September for the talk show.  He released a statement saying “It’s the biggest, most prestigious award show in music and I feel incredibly lucky to be part of such an incredible night” when the news broke that he would be hosting the Grammys.

According to BBC News, the executive of the Recording Academy of the awards said “[James] has got big shoes to fill after the magnificent run we had with LL Cool J, but James Corden is a commanding, dynamic showman who, we believe, is perfect to host the Grammy Awards.”

Meghan Trainor will announce the nominees for the four main categories for song of the year, album of the year, record of the year and best new artist on December 6th and the 80 remaining categories will be announced on social media right after.

What do you think about James Corden hosting the Grammys? Who would you have like to see host the Grammys if you were able to choose? Do you think he will do a good job? Let us know in the comment section below.

And, don’t forget to check CDL later for more news and updates on the 2017 Grammy Awards. 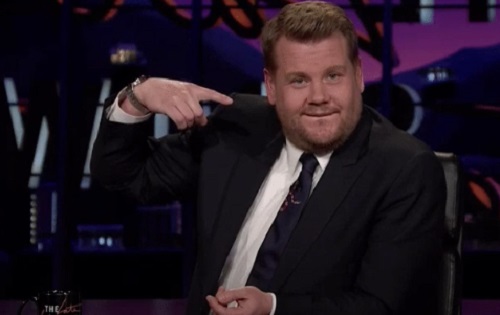 If you thought you could get anything past @JKCorden, you were wrong. Very. Very. Wrong. pic.twitter.com/FVniTxhR9a

I’m the only nominee at the #Emmys wearing this right now! pic.twitter.com/7NkQmuinu6