Johnny Manziel Chugs Alcohol At 8 am On Yacht In Miami 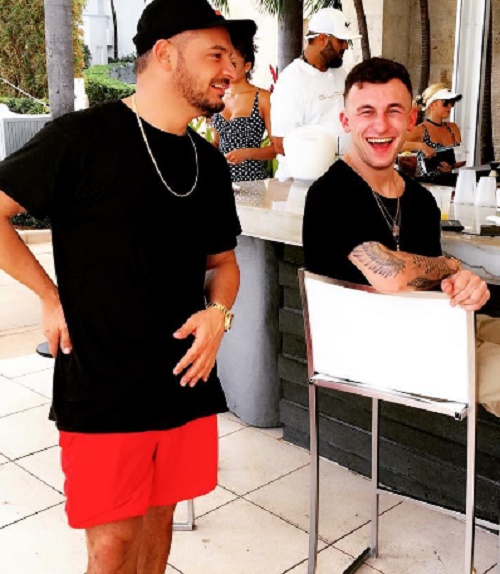 It seems Johnny Manziel only stayed sober for the summer because in a video posted by Nick Diamante, the NFL quarterback is seen chugging a massive bottle of Fireball whiskey while being cheered on by Nick, who is overheard saying that it was 8 AM.

The football player and his friends were in Miami for Art Basel, Manziel was seen hitting up clubs with his friends all weekend and having the time of his life after getting domestic charges dropped against him recently.

Johnny Manziel has been accused of a few violent incidents that resulted in him being kicked off of the Cleveland Browns. In an incident with Manziel’s ex-girlfriend, the NFL baller was being accused of hitting the woman and when she tried to escape his car, Manziel reportedly dragged her back inside and hit her again. 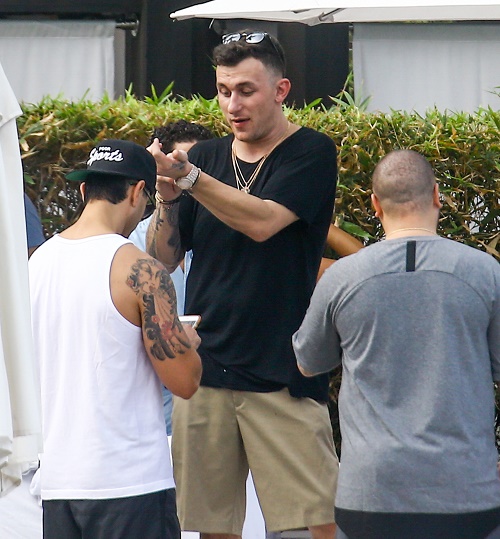 Instead of jail Johnny opted to meet these four conditions within a year according to the New York Post: Complete an anger management class, attend a domestic violence impact panel, participate in the NFL’s substance-abuse program (or something similar, if he doesn’t regain a spot in the NFL), and not have any contact with Crowley.

The ex-Browns player apparently wanted to celebrate that victory at Art Basel by a weekend of heavy drinking and partying, which seems like a bad idea seeing that he has a history of substance abuse problems. The 23-year-old has also made headlines for allegedly trashing a mansion with dog poop and being sued for breaking a bartender’s nose.

Johnny Manziel’s own father told ESPN that it wasn’t a secret that his son is a druggie and “there are two things that are going to happen: He’s either going to die, or he’s going to figure out that he needs help. But we’ve done everything that we can do.”

What do you think is the problem with Johnny Manziel? Is he just being an irresponsible kid who doesn’t know what to do with so much money and fame? What do you think it will take for Manziel to open his eyes? 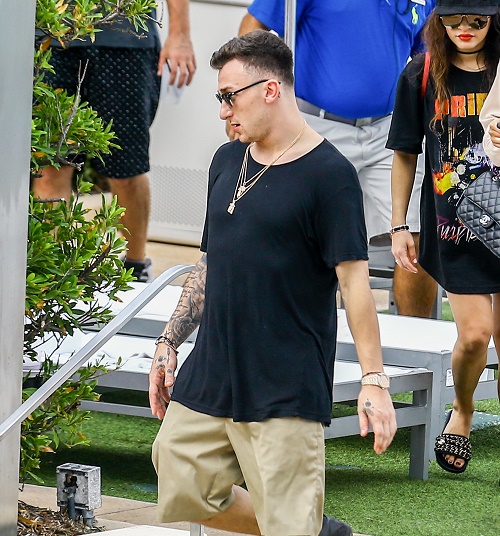 Made plenty of mistakes along the way, and have a lot I’d do differently. To all my family and real friends who have stuck by me…THANK YOU