Justin Bieber Spotted Drinking Alone In A Gay Bar Without Entourage – Curious About Boys or Hiding From Paparazzi? 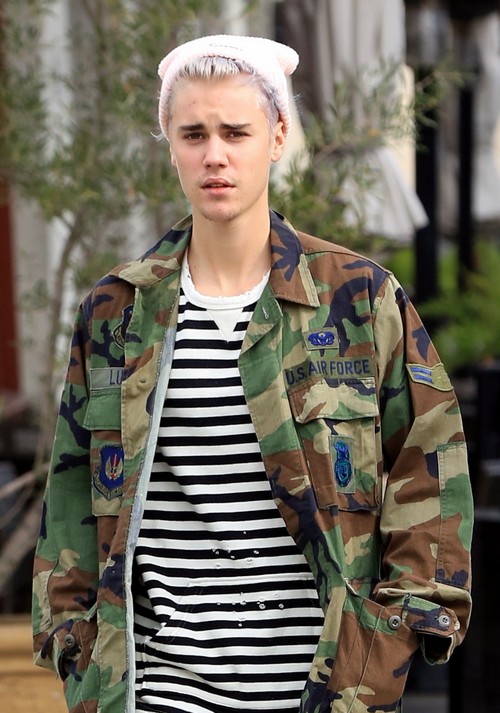 Justin Bieber was spotted drowning away his sorrows at a gay bar in West Hollywood called Club Cobra over the weekend. Apparently, Biebs was drinking alone – although he did bring along one body-guard, which is a huge difference from his normally ridiculously large entourage. It’s unclear why Justin was at the bar, and why he was drinking alone.

There really are only two explanations. Justin Bieber was stressed out and desperately needed a drink – and didn’t care what kind of bar Club Cobra was. Or, maybe all of the dating drama he has endured over the past few months has him curious about the other sex. Seriously, no one would blame him if he decided to switch teams after the never-ending Selena Gomez saga.

But, the odds of Justin Bieber questioning his sexuality are slim to none – because he wasn’t trying to hide the fact that he was partying solo at a gay bar. Biebs even took a picture with the bouncer, holding up a sign stating that he was at Club Cobra – which he had to have known was going to be posted straight to social media.

Actually, in Justin’s defense – the bouncer told TMZ that he didn’t think Justin even realized Cobra was a gay bar because the place was empty and the dancers hadn’t taken the stage yet. We can’t help but wonder what Justin would have done if a bunch of men hit the stage in front of him and started stripping.

Would he have high-tailed it out of there and then gotten accused of being a homophobic? Or would he have stuck around and spurred gay rumors? It’s really a lose-lose situation.

So, why do you think Justin was drinking alone in a gay bar? Where were his friends? If he knew it was a gay bar would he have gone inside? Share your theories in the comments below!