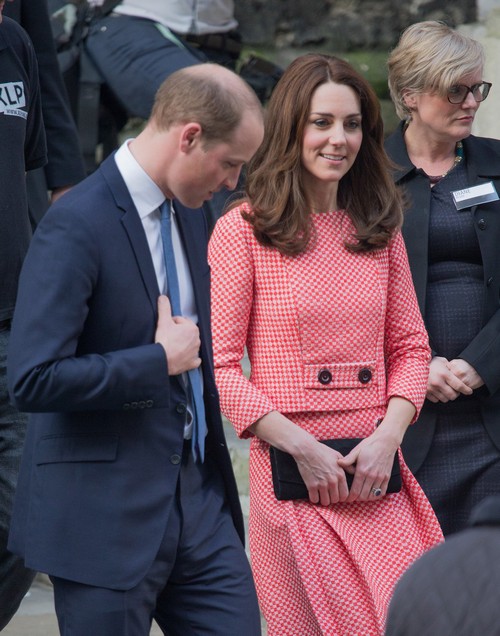 Kate Middleton and Prince William used a private jet for their secret family ski holiday as Royal employees are being forced to take pay cuts to below the poverty line. This has caused outrage to ripple through the United Kingdom.

One member of the House of Lords is utterly disgusted with Kate and Wills over this trip. Lord George Foulkes of the Labour Party issued a statement to The Sun, “I find it outrageous that the younger members of the Royal Family spend huge amounts of money enjoying themselves in the most lavish way when a lot of people are not getting wage rises.”

As previously reported by CDL Kensington Palace employees have been asked to accept pay cuts that will put incomes at or below poverty level.

The battle over wages is at the point where staffers are ready to strike. But William and Kate can fuel up a private jet- at the cost of about $17,000 per day – and spirit Prince George and Princess Charlotte off on a ski holiday?

Not only that, the young Royals purchased thousands of dollars’ worth of ski outfits and gear. Kate Middleton’s leather and possum fur-lined mittens from Alexski cost over $200! The mittens caused quite the controversy of their own with PETA.

Prince William’s popularity is at an all-time low with revelations that he only worked 80 hours in one month as an air ambulance pilot and fulfilled only two Royal obligations over a three month time period.

At 33-years-old Prince William should be able to carry out three times the Royal responsibilities that Queen Elizabeth, nearly 90, and Prince Philip, 94, fulfill. Yet, Queen Elizabeth and the Duke of Edinburgh managed to carry out at least 100 more obligations in 2015 as William and Kate combined.

Now Kate Middleton’s popularity is sinking. Private helicopter rides, private jets taking the family on secret Royal vacations. Does the Duchess of Cambridge not realize how many hardworking Brits will be living below the poverty line if they are forced to take the proposed pay cuts?

A fan of recycling outfits, Kate has come off as a thrifty Royal in the past. But the world is beginning to see William and Kate for what they really are – overindulged, pampered young, do-as-little as possible Royals