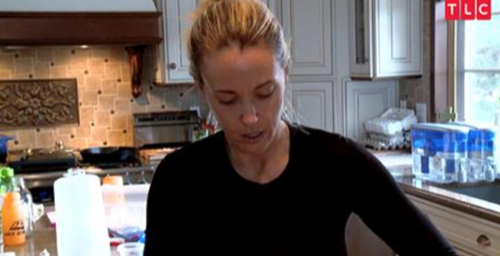 Tonight on TLC Kate Plus 8 returns with an all new Tuesday, December 6, season 5 episode 2 called, “New Orleans, Here We Come!” and we have your weekly Kate Plus 8 recap below. On tonight’s episode as per the TLC synopsis, “A trip to New Orleans introduces the Gosselins to the city’s rich culinary history and Southern etiquette.”

On this week’s episode of Kate plus 8 the family is preparing for a trip to New Orleans. Andrea is coming along to help out with all the kids. Kate says “It’s always nice to have an extra adult to come along on the trip to help out. It doesn’t always happen.” The chaos starts before they leave the house as the packing begins. The girls seem to have it down while the boys need a guiding hand.
When they finally get there they settle in for the night and prepare for the adventures the next day. The next morning the Kate and the kids get their first taste of New Orleans culture when they have beignets or New Orleans versions of donuts. Kate is not especially thrilled about this, but the kids love them. Cara and Maddy are on their phones taking pictures. Kate says “They think it’s funny to take pictures of me and show me.”

After they finish their breakfast they head over to the park. Kate wants to take family photos of them. Kate says “Family photos are very important to me because I don’t have that many of them and I have to beg for them.” After Kate gets the pictures she wanted on the playground in the park the kids proceed to spend some time running off the sugar that they ate. Kate says “I think that they playground is strategically placed there because they give you all of this sugar so the next step is exercise.” Once the kids have had their fill of the park Kate prepares to take them to etiquette classes.

Alexis comes down with the flu and ends up spending the afternoon in bed. The producer asks the girls “who needs etiquette classes more?” The girls say “The boys.” In the class Mark, the teacher, teaches the boys how to escort the girls to the table. He also teaches everyone how to scoop their soup properly and not to eat until everyone is served. He also tells them not to use cell phones at the table. Cara and Matty seem to have an especially hard time with this one. Kate is caught using her phone to check on Alexis. Cara tells her “You are not the exception.” The boys become giggly at the table after eating too much sugar. Ayden says “I felt really bad afterward.” The teacher was very impressed with their knowledge and behavior though. He says “I asked questions not expecting them to know the answers, but they raised their hand and had the answers.”

On their second day in New Orleans Kate and the Kids go to the Lower ninth ward which is one of the hardest hits areas in New Orleans by Hurricane Katrina. Kate says “One of the most important things I wanted to do was to take my kids to a rebuilding project. I am definitely all about giving back. I think kids are too into getting what they want.” They started out working on a house that was in desperate need of paint. Later in the afternoon Kate, Cara and Maddy ended up working in a house that had been moved from another lot and was being demolished and rebuilt. Cara and Maddy both had a great time. When they were finished the girls said “We want to do more charity work.”

The family’s next stop in New Orleans was an insectarium. They had to change their plans because of the rain. As they walked through the building the kids actually got to hold live bugs. Kate was grossed out. She says “I admire people who like live bugs, but I am not one of them.” While the kids were holding this large beetle Kate completely freaks out. Ayden says “I was so embarrassed. I was like nope I’m not hers.” As they move through the museum they discover that there is a restaurant that served bug cuisine. The kids are fascinated by this. They were totally into eating bugs. The boys said “The cricket tasted like chicken.” The kids made Kate eat a bug. She freaks out. The girls said “She was so overdramatic.” Kate says “I ate a bug. My stomach is not happy with me right now. I don’t know if it is my brain is telling my stomach to be unhappy or what. After the restaurant the kids move on to see the alligator which was about the only part of the museum at which Kate did not freak out. All in all the kids had a fantastic time.

Their third day in New Orleans take them to cooking school. The instructor breaks them up into two teams. She shows them how to peel Crawfish. Kate is a little grossed out. Maddy tells the instructor “It’s fine. She’s just being a little dramatic.” in regard to Kate’s reaction. The two teams then work on making different meals. The first meal they make is called Roux. Leah takes the more active role in making this meal. They also make Gumbo. Once the meals are done they all head to the table and sit down to enjoy their meal. Once again everyone has a great time.

On the last day of the trip Kate decides to take the kids to a fancy restaurant to test them on what they remember from their etiquette classes. The kids decide to try Escargot as an appetizer. Kate immediately has to remind them that they are not supposed to eat until everyone at the table had been served. One of the boys asks her “Do you need a fork for this?” Kate says “Yes you do.” As the main course is served Kate says “I want to see proper cutting and eating.” The kids do relatively well. Kate then asks them “What was your favorite part of the trip?” The overall consensus is that everyone loved helping to rebuild the houses.