BY CDL Staff on May 22, 2016 | Comments: 2 comments
Related : Keeping Up With The Kardashians, Kim Kardashian, Reality TV, Recap, Television, TV 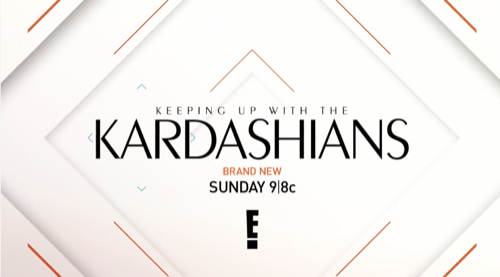 Keeping Up With The Kardashians returns tonight with an all new Sunday May 22, season 12 episode 4 and we have your weekly recap below. On tonight’s episode, Kim Kardashian and Kris Jenner have an argument that quickly becomes a fight between the two.

On the last episode, Khloe was upset to be the last person to find out Rob was moving into his own house. Did you watch last week’s episode? If you missed it, we have a full and detailed recap right here for you.

On tonight’s episode per the E! synopsis “Kris wants to take back her house; she’s finally fed up with having Kim and Kayne still living in her house. Kris decides to take matters into her own hand which causes and argument between her and Kim which quickly turns into a heated fight.”

This week on Keeping Up with The Kardashians Kylie is cooking with her sisters for a segment on her app. She says “Khloe doesn’t eat red meat so she won’t be enjoying this meal with us.”

Kim tells Khloe and Kylie that Rob tried to get her to talk to Chyna. She says “He asked me to hold on a second while he brushed his teeth and when she spoke I hung up.” Kim also says “I understand that it broke Chyna’s heart when Kylie and Tyga started to date, but I had to take my sisters side. It sucks because Chyna was my friend.”

Kourtney and Kendall are having lunch. Kourtney says “I feel bad because I don’t get to spend much time with my family because I am busy with my career.”

Kim and Kourtney are having lunch at Kris’ house. Kris comes in and tells them “Someone parked on the driveway and scratched it.” Kim denies parking on the driveway and tells her mom “I haven’t parked on your driveway since the first time.” Kris says “Well you  have those racks in the garage  with your clothes on them. Maybe someone drug them out across the driveway.” Kim once again denies the allegation and Kourtney says “Don’t those racks have wheels on them?” Kim says “Yes they do.” Kris tells her “No they don’t and the argument continues until Kris says “I just wish you guys would respect my house the way you would expect me to respect yours.”

The next day Kim is having lunch with her friend Johnny and they see a post on Instagram from Rob’s girlfriend talking about the cooking segment that Kylie has posted on her app. Kim calls Kylie and asks if she has seen it. Kylie says “Yes I saw it. I don’t know what to do. I never had beef with her and for her to do this is just wrong.” Kim tells her “Don’t do anything and don’t tell Khloe because you know she won’t be able to resist taking a shot at them on social media.”

The next day Kim goes to Khloe’s photo shoot and tells her all about the incident. Khloe gets upset and says “I have reached out to Rob several times but he has been too busy to call me back, but he’s not too busy to post stupid memes on social media.”

When Kim gets home she finds all of her furniture cleared out of her room Kim tells her sister “Living with mom is getting ridiculous. She gave all my daughter’s furniture to Rob. She says that it was his first, but that isn’t true.”

Kim and Jonathon have met up to talk about Halloween. While they are together Kim gets a text message from her mom stating that it was her and Kanye’s fault that there were roaches in the pantry. Kim says “My mother is ridiculous.” Kanye calls and Kim tells him about the text she got from her mother. Kanye says “Can we stay at the Four Season’s tonight?  I don’t want to sleep at my mother in laws.” Kim tells Kanye about Jonathon’s idea for celebrating Halloween. Kanye thinks it is a great idea and both Kim and Jonathon are excited to do it.

When Kris gets home everything is gone and she tells her mom “Guess what? Not one of our things reside here anymore.” Kris is absolutely shocked. She asks her “How did you do this?” Kim tells her “We planned it.” Kim tells her “Enjoy your empty house.”

Kris meets up with Kourtney again. Kourtney asks her about Rob. Kris says “I don’t really want to talk about Rob because he posted some mean things on Instagram about the food that I bought and it hurt my feelings.” Kourtney is very upset when she hears this. Kris tells her “He has to understand that the pantry has to be stocked for several family members, not just him so him making fun of the food I bought not only hurts me, but it hurts my family.”

Khloe and Kim arrive and Kendall’s condo to surprise her when she returns home. They leave her a care package to let her know that they are thinking about her and miss her.

Kim calls Rob and tears into him for disrespecting Kris. She tells him “I am all for you being happy and all of that, but when you start disrespecting mom after all she has done for you that is where I draw the line. Whatever the drama is between Kylie and Chyna leave it between the two of them. Mom has done too much for you to be disrespecting her. You two are a unit so when she does something it looks like you are as well. “ Rob says “I don’t even know what’s going on, but I don’t think it’s that serious.” Kim tells him “We have enough haters on the outside we don’t need it from our own inner circle.” Kim says “You disrespecting mom is just not cool. The social media makes you look bad.” Rob says “I like Chyna, I love her. We really didn’t think it was a big deal, but we’ll go about it a different way.” Kim thanks him and tells him “I love you and this just really looks bad on you.”

Kendall comes home and the sisters decide to have a girls night to celebrate her being home. Kim tells her “When you’re gone we never want you to feel like you aren’t wanted or missed because we want to do things with you.” Kendall thanks the girls for the care package they left her and for the fact that they were going to spend the night together.

Rob calls Kylie and apologizes and then he goes to see Kris to apologize to her personally. He tells her “We were just making funny snapchats about things and enjoying the house.” He says “I am not that unappreciative.” Kris says “I know that which is why I wondered about the chats.” Kris says “I really love Rob. Every mother dreams of seeing her kids happy and I want that for Rob.”

Later Kim meets up with Kylie. They are having lunch and Kim tells her sister “Mom says Kendall is really sad because she sees us posting stuff on social media and she feels really left out.” Kylie says “I think we should do something special.” Kylie then tells Kim about a text she received from Rob. She says “He said he hates his house and wants to move.” Kylie says “I think we should call mom and tell her because she needs to know.”

Kourtney is going to help distract Kris while Kim moves out of her mom’s house to surprise her. She calls Kim and tells her “Mom is out of the house.” Kim is stressed about trying to get everything out of the house and into their temporary Bel Air home. Kourtney and Kris are having lunch. Kris is complaining about Kim and Kanye living in the house. She says “I miss my quiet time. They have babies and change diapers all the time and the dogs. It all drives me crazy.” Kourtney says “Hopefully Kim will be able to get everything moved out so that this is the last time I have to sit around and listen to this.” At the end of lunch Kris decides to go home in her own car. Kourtney calls Kim to tell her that their mother is on her way home alone. Kim says “She can’t get here before the movers are done and gone. Otherwise the surprise will be ruined.”