Keeping Up With The Kardashians Premiere Recap 5/1/16: Season 12 Episode 1

BY CDL Staff on May 1, 2016 | Comments: 2 comments
Related : Keeping Up With The Kardashians, Reality TV, Recap, Television, TV 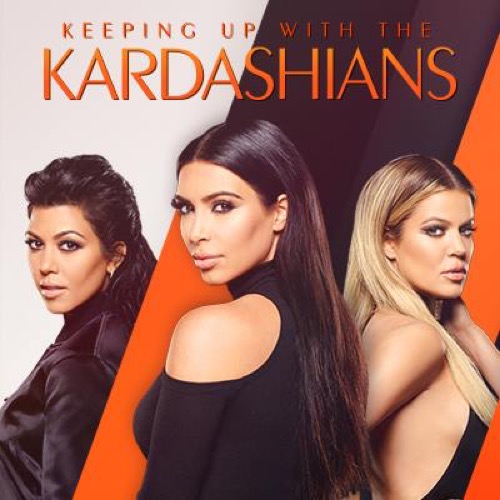 Keeping Up With The Kardashians returns tonight with an all new Sunday May 1, season 12 episode 1, and we have your weekly recap below. On tonight’s episode, Khloé adjusts to caregiving for Lamar.

On the last episode, in the Season 11 finale, Kim learned that her house wouldn’t be completed on time and that her baby was breech as her due date neared. Did you watch last week’s episode? If you missed it, we have a full and detailed recap right here for you.

On tonight’s episode per the E! synopsis “Khloé adjusts to caregiving for Lamar; Scott decides to buy a house in Calabasas to be closer to Kourtney and their kids, while Kourtney tries to embrace life without him.”

Tonight is going to be another crazy episode that you won’t want to miss and neither do I, so be sure to tune in for our live coverage of E!’s “Keeping Up With The Kardashians” tonight at 9PM EST! Meanwhile, while you wait for our recap hit the comments section and let us know how excited you are about this season of KUWTK, what are you looking forward to most in this 12th season.

This week on the season premiere of Keeping up with the Kardashians Kim has given birth to her son Saint. She says “He is the most beautiful boy ever, but being a mom is overwhelming.”

Khloe is still struggling with caring for Lamar after his illness. She is worried about a press tour that she had planned because it means leaving Lamar alone. On top of that she is looking for a house in Los Angeles for Lamar to recover in. Kris offers to help her look for a house and while they are out Kim sends Kris a picture. Kris wonders “Why is Kim sending me this?” She calls Kim to find out what is going on and Kim tells her “I am planning my come back.” Khloe laughs and says “You can’t leave Kim alone for too long.”

Scott finds a house to be closer to Kylie and their kids . He ends up finding a house right down the street from Kris. Khloe comes to visit his new house and tells him “This house is great and it’s really serene.” Scott agrees and Khloe tells him “One day you will find a woman to take over your closet space.” Scott laughs and says “I don’t want a girlfriend right now. Kourtney and I were together for ten years and we have a lot of history and I still love her.”

Scott meets with Kris for lunch. He says “Kris has been super supportive of me through all of this. To be honest I don’t know how supportive I would have been if the shoe were on the other foot.” Kris asks him “How are you doing?” Scott tells her “I am doing better. It feels good to be close to you guys and I get to see the kids every day. They come over to have dinner with me and I like that.” He also tells her “It is lonely sometimes.” Kris tells him “You just have to find your own way.”

Kylie and Khloe are talking about her upcoming trip to New York. Khloe is nervous about leaving Lamar and says “The only saving grace is that my mom will be close by to help care for him.” Kylie asks her “Are you nervous about going to New York?” Kourtney tells her “The only thing I am worried about is Lamar not having a phone.” Kylie tells her “Do you think something is going to happen to him?” Khloe tells her “Stop it. Don’t make me any more nervous than I am already am.”

Scott decides to take a cooking class. Kris is with him and he tells her “Kylie is always fussing about the kids eating gluten free and she gets upset because I let the kids eat Cap’n Crunch when they are here and she tells me that they want to come over here and eat cereal, so I am trying to work with her.” Kris says “Scott has made a lot of changes and I really believe he will find his way.”

When Khloe arrives in New York she calls to check on Lamar and is told that he is just finishing his shower. She asks for him to call her back and then heads off to do her press tour of talk shows. One of the hosts asks her “Do you think there is a chance that you and Lamar can get back together?” Khloe answers “I have learned to never say never but there are still a lot of issues between us that we have to work out.”

Kourtney and Kris are in her dressing room preparing to go on the Ellen DeGeneres show. Kourtney is nervous and she feels like she doesn’t want to talk about her situation with Scott. The interview with Ellen goes really well and both are pleased.

While on her New York press tour Khloe begins receiving aggressive text messages from Caitlyn. She says “The messages stem from an interview that I did with Howard Stern. She keeps asking me about family sticking together, but I didn’t say anything bad. In fact I didn’t give him any new information. As far as I am concerned I am done with Caitlyn.”

Kris calls Caitlyn to find out what the issue is. Caitlyn tells her “I don’t want to be brought up in an interview and Khloe shouldn’t have said anything.” Kris gets angry and tells Caitlyn “What about the interview you did in Vanity Fair? Most of the things you said were negative. Give Khloe a break.” Caitlyn yells ” I don’t want her talking about me to anyone. Tell her to leave me out of her interviews.” Kris tells her “You were her dad since she was five years old. Give her a break.” Kris says “As a mom all I want to do is protect my kids.”

Kendall is very upset when she finds out that Rob has given his girlfriend a gift that she has given to him. She says “Rob is dating a woman that has a bad history with my family and it really hurts my feelings to know that he would give her a gift that I had given to him.” Kendall calls Rob and tells him “I want my IPad and the pen back. If I had known you were going to do that I would have given it to someone who would have really used it.” Rob yells at her and says “It’s the first gift you have ever given me.” Then he hangs up on her.

Scott and Kris are out shopping for home goods. Kylie meets up with them, but doesn’t seem interested in the whole deal. Scott finds a pattern of dishes he likes and shows them to Kylie. He says “I want to get the things that every household has because I want the kids to come over more and I want everyone to be proud of me.” He also says “I want Kylie’s openion but she doesn’t seem interested.”

Everyone gets together to have dinner. Kim is very upset when she reads an article in People talking about Rob’s girlfriend Blac China. Kourtney says “Rob has moved out of my house and moved in with his girlfriend.” The sisters are very angry when they hear this, and Kim tells her that she did the right thing. Kris does not agree and gets very angry. She tells them “I have seen you girls through a lot of crap and I intend to see him through as well.” Kourtney says “I heard you asked if the house next door to her was for sale. You better not be buying a house for him. We need to cut him loose and let him be an adult.” Kris once again gets angry and tells them “I am not buying him a house. I am buying a house for myself.” Khloe says “Yes, but you are going to let him live in it.” Kris says “Well someone has to pay rent for the house.”

Later that day the sisters meet up to talk about the situation with Rob. Kourtney says “We often forget how much mom has done for all of us. Us being mean puts stress on her and Rob is her child too. We don’t want her to have to choose sides.” The girls agree to try and make peace with Blac China for their mom’s sake and to try and keep the peace with Rob.

In the evening the sisters are together again. Kim says “Where is Scott?” Kourtney tells them “I called Scott and found out that Tyga had been hanging out all day and all night at his house. I was so mad I wanted to call Tyga and scream at him at the top of my lungs.” Kris says “I thought Scott was getting himself together, but I guess not and I am very disappointed.”