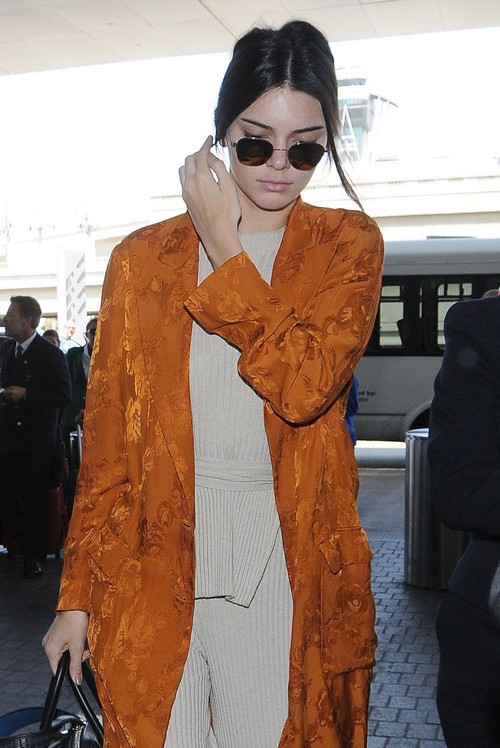 Kendall Jenner has finally found herself a boyfriend and is dating Jordan Clarkson but is she using him t make Harry Styles jealous? Kendall and Jordan were spotted out on a night on the town on May 8, and they had a romantic date night in West Hollywood at The Nice Guy. Kendall and Jordan seem happy – but according to a new report, Jenner is just using Clarkson to get back at her ex Harry Styles!

Kendall Jenner really doesn’t do a whole lot of dating, but the Keeping Up With The Kardashians star has had an off and on thing with One Direction’s Harry Styles since 2012. A new report from OK! Magazine reveals that Kendall is still stuck on Harry, and she is just using her new boyfriend Jordan Clarkson to make Harry Styles jealous and win him back.

An inside source close to Kendall Jenner’s social circle dished to OK! Magazine, “Kendall is only dating Jordan to make her ex boyfriend Harry Styles jealous! It’s just a ploy to get Harry chasing her again!”

First we’ll state the obvious – are we in high-school? Kendall Jenner is 22 years old, which is a bit too old to be playing silly games like dating one boy to make another boy jealous. Or maybe she has just watched too many romantic comedies, either way, it’s ridiculous.

But, in Kendall’s defense – if that is her plan, it seems to have worked in the past. Every time she stars to move on from Harry Styles, he does come weaseling his way back in to her life.

What do you guys think, is Kendall Jenner trying to make Harry Styles jealous, or does she genuinely care for her new boyfriend Jordan Clarkson? If Kendall is just playing games – don’t you think she’s a bit too old for this?

Who do you think Kendall Jenner makes a better couple with, Harry Styles or Jordan Clarkson? Share your thoughts in the comments below!

Kendall Jenner is seen departing on a flight at LAX airport in Los Angeles, California on May 10, 2016. Kendall and her friends rented a party bus for a trip to Lego Land yesterday. FameFlynet