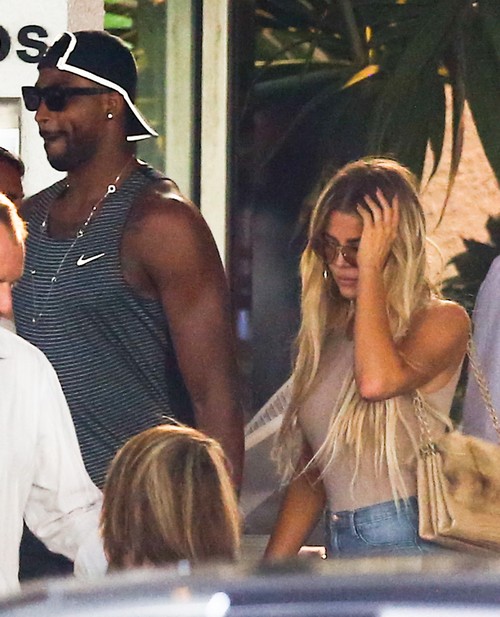 It’s no secret that Khloe Kardashian has long dreamt of motherhood but because of multiple failed relationships, she’s had to put her baby plans on the back burner. Khloe Kardashian and Lamar Odom’s divorce left the reality television star childless and her long string of failed romances with French Montana, Matt Kemp, James Harden and Odell Beckham, Jr. gave her no hope for hopefully getting pregnant or starting a family like her sisters Kim Kardashian and Kourtney Kardashian.

But now that Khloe Kardashian and Tristan Thompson are dating, the ‘Keeping Up With The Kardashians’ star is giving her baby dreams one last chance before giving up hope forever.

After all, if there’s one Kardashian who deserves to get pregnant and have a baby of her own, it’s definitely Khloe Kardashian. Khloe was like an angel to Lamar Odom’s children while the two were married, showing her kind hearted ways.

The reality television star and former talk show host’s love for children can be seen through her close relationships with her nieces and nephews, which include Kim Kardashian’s children North West and Saint West and Kourtney Kardashian’s three kids, Mason Disick, Penelope Disick, and Reign Disick.

Of course, Khloe Kardashian and Tristan Thompson’s romance has only began, but knowing how fast the Kardashian sisters like to work, it will only be a matter of time before rumors of a Khloe Kardashian pregnancy and possible engagement make headlines.

Tell us CDL readers, what do you think? Is Khloe Kardashian going to get pregnant by the end of the year? Could Khloe Kardashian possibly be trying to use Tristan Thompson for her own personal interests?

Khloe Kardashian was spotted out to lunch with her new beau Tristan Thompson in Miami, Florida on September 17, 2016. FameFlynet