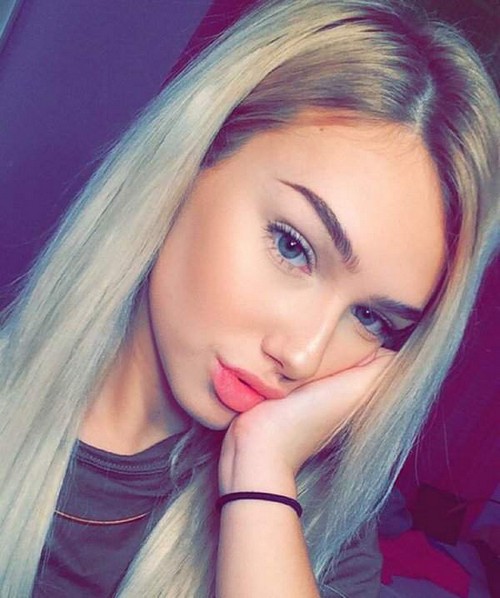 Kylie Jenner is standing by Tyga after he admitted to texting teen Molly O’Malia. The rapper claims to have contacted O’Malia because of her talent and Jenner is holding on to that story, avoiding the humiliation of a teenage text message scandal.

Tyga has admitted to trading text messages with 14-year old Molly O’Malia but it’s not what everyone thinks. The rapper says that he was just contacting the girl to see about working with her on some music and nothing scandalous as many have suggested.

The scandal with O’Malia blew up after Gloria Allred got involved and made some accusations against the tabloid that outed the young girl. Kylie Jenner is in a position where she can stand by her man or she can throw him under the bus and run.

It looks like Kylie is choosing to defend Tyga despite his admission to contacting the girl. Tyga has reportedly insisted that he did not do or say anything inappropriate when contacting Molly and only was interested in turning her into a star.

It is very curious that text messages published by TMZ show Tyga asking Molly a lot of questions but none of them sound like he’s trying to add to his Last Kings record label roster. In all fairness, Kylie Jenner’s boyfriend didn’t say anything indicating that he wanted to hook up either.

It was just an awkward conversation that really made it seem like Tyga may have been looking for a little adoration from a starstruck wanna-be singer.

All we can wonder is what was Tyga thinking? Molly O’Malia lied and told the rapper she was 17 years old in the TMZ obtained messages, which is still eyebrow-raising that Tyga continued the conversation. It seems maybe the smart thing to do if he really wanted to sign the girl, would be to have someone else contact her and negotiate a deal.

Now that it’s too late for Tyga to avoid the drama surrounding Molly and the text message scandal, he’s doing the next best thing. Having Kylie Jenner on his side scores major points as far as making this scandal go away. If Kylie and Tyga can convince everyone that they are back to being in love.