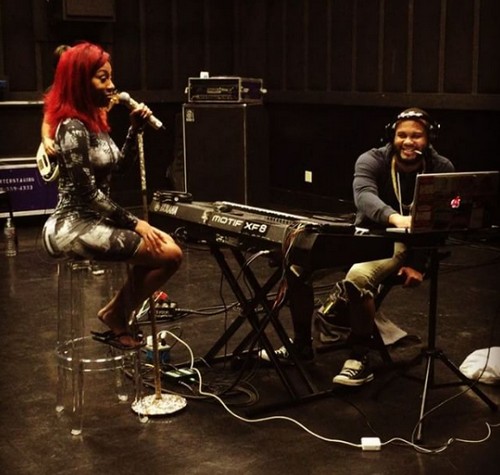 Love & Hip Hop Atlanta spoilers tease you better enjoy those K. Michelle scenes on Season 5 of the VH1 reality TV show, because the senior cast member is never ever returning to the show. K. Michelle took a few seasons off from LHHA and starred on her own solo reality TV show, but the aspiring rapper returned for Season 5 – and it has been nothing but messy drama since she arrived.

This week K. Michelle posted a photo of herself on Instagram with the great Patti LaBelle. One of K. Michelle’s dedicated fans commented on the photo, “Please stop doing Love & Hip Hop Atlanta, not a good look for you.”

Apparently, K. Michelle (who thinks very highly of herself) agrees and thinks she is way above the caliber of cast members on the reality TV show. She responded, “Never going back again. No amount of money in the world!”

It’s probably worth mentioning that K. Michelle made similar statements about never returning a few years ago, and we are now in Season 5, and she is back. Of course, K. Michelle’s rival Jessica Dime disagrees – and she thinks that K. Michelle is the perfect kind of ghetto for reality TV.

Jessica, Joseline Hernandez, and K. Michelle got in a heated debate on social media over who was the most “ghetto.” And, according to Jessica Dime, K. Michelle takes the cake because she actually saved a used condom as a souvenir after she had sex with rapper Gucci Mane…and had it taped on her refrigerator.

So Love & Hip Hop fans, do you think K. Michelle will keep her word and she really is done with the reality TV show? Is she really that much “above” reality TV, considering she saves used condoms like trophies? Let us know what you think in the comments below!