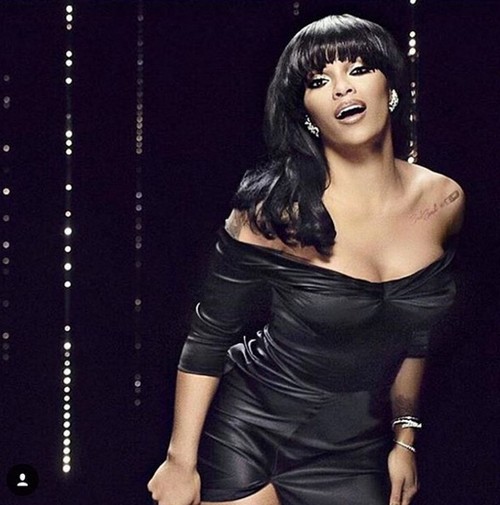 Once a stripper always a stripper, right? Love & Hip Hop Atlanta star Joseline Hernandez can’t seem to keep her clothes on whenever she goes out drinking. Joseline and her ex Stevie J. confirmed that they are really over this time – it seems their last break-up was the real deal.

Apparently, after Joseline bleached $40,000 worth of his most prized possessions during one of their epic fights – and there was no coming back from that.

Since Joseline and Stevie J.’s messy break-up, the Love & Hip Hop Atlanda star has been acting even crazier than usual. For the second time this month – Joseline was spotted out at the bar last night, nearly naked.

Photos emerged of the Love & Hip Hop star on stage at a club, pounding drinks and topless, while patrons tossed dollar bills at her. You can see the scandalous photos over at Media TakeOut.

It’s really anyone’s guess what is going on with Joseline Hernandez. She may have officially gone over the deep end – she has always been tinkering on the edge of sanity. Or this could all be some sort of crazy and misguided attempt to show Stevie J. what he is missing out on.

Call us crazy, but taking your clothes off in front of hundreds of strangers probably isn’t the best way to win back your ex-boyfriend. Then again, maybe Joseline has no intention of winning Stevie J back – and she is just trying to make ends meet after getting dumped by her faux husband and Love & Hip Hop Atlanta co-star.

What do you think Love & Hip Hop fans? Has Joseline Hernandez lost her marbles? Or is she just trying to make some extra cash – by impromptu stripper sessions at random clubs? Let us know what you think in the comments below!