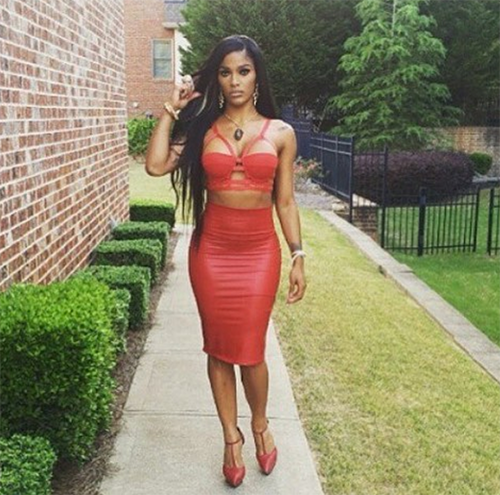 Is ‘Love & Hip Hop Atlanta’ star Joseline Hernandez dating Los Angeles rapper The Game? Joseline’s ex and Love & Hip Hop co-star Stevie J. seems to think so, and he is not happy about it. Joseline posted a photo on Instagram of herself posing with The Game, and Stevie J. couldn’t help but comment on it, Stevie sarcastically wrote, “Good luck you both. Be happy.” Then, all hell broke loose.

Stevie J. later deleted his comment on Joseline’s Instagram photo of herself and The Game, but the damage was already done, and screenshots tell no lies. The LA rapper did not take too kindly to Stevie J’s accusations and he posted a lengthy paragraph full of expletives which loosely translates to informing Stevie J that he already has a girlfriend. He also revealed that Stevie had been blowing up his phone and asking him about Joseline – “like a bitch.” The Game ended his lengthy rant by stating that if he was sleeping with Joseline Hernandez, Stevie would know it, because his wife “would be on crutches right now.”

The Game’s pal, another rap manager who goes by the name Wack 100, also got in on the action and roasted Stevie J as well. Wack basically informed Stevie J that nobody wanted his wife/girlfriend/who knows what they are right now because she “looks like a man.”

So, according to The Game, he and Joseline Hernandez are most definitely not dating. But, Stevie J isn’t convinced. Regardless, the Love & Hip Hop star took to social media to try and apologize to The Game – but we don’t think he is in a forgiving mood right now. We’re not sure who we are more embarrassed for … Stevie J for being made look like a total fool, or Joseline Hernandez.

Seriously, how awkward is it when your husband accuses you of cheating with another man (publicly), but the other man doesn’t want anything to do with you. Yikes!