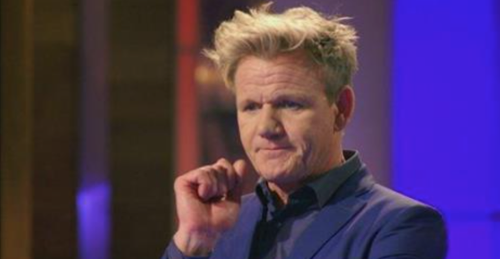 Tonight on FOX Masterchef returns with an all new Wednesday, June 15, Season 7 episode 3 called, “Wolfgang Puck,” and we’ve got your Masterchef recap down below! On tonight’s episode Wolfgang Puck is the guest judge and introduces the Top 20 contestants to their first Mystery Box Challenge, which involves creating a potato dish in 60 minutes.

On the last Masterchef recap, the remaining home cooks had to display culinary skills, as well as an immense passion for food, and be determined to out-cook their rivals and make the next round. Did you watch the last episode? If you missed it, we recapped it right here for you.

On tonight’s episode per the FOX synopsis “After the Battle of the Apron concludes, the Top 20 home cooks in America meet the first guest judge of the season – culinary icon Wolfgang Puck, who will introduce the season’s first Mystery Box Challenge.

Each contestant will have 60 minutes to create a dish of their choice that features one of the world’s most fundamental ingredients – potatoes! The winner of the Mystery Box Challenge is rewarded with a significant decision going into the season’s first elimination challenge, during which they will have to replicate one of Chef Ramsay’s signature dishes in less than 60 minutes.“

Don’t forget to join us for our live Masterchef recap tonight at 8:00pm when MasterChef Season Seven on Fox airs. While you wait for the recap, let us know how you like the seven season of MasterChef.

Only twenty of the very best were able to claim a white apron on this season of” MasterChef” however the real challenge came when they had to compete against each other.

The top twenty were back in the kitchen on tonight’s all new episode and unfortunately they had their very first Mystery Box Challenge. The Mystery Box Challenge was actually pretty daunting for the competitors. It had tendency to throw them off their game when they suddenly had to think of a recipe right on the spot or risk losing valuable time cooking their dishes. So the top twenty had been scared enough when they saw the boxes waiting for them however tonight’s special guest star was what really made them nervous.

World-renown chef Wolfgang Puck had stopped by their kitchen and Wolfgang decided his sense of humor to throw a curveball at the contestants. He talked about how he loves using the mystery ingredient and how it was so colorful, but then what was in the box was revealed and the contestants realized that Wolfgang had been talking so eloquently about potatoes of all things. So Wolfgang was sneaky though the guys each tried to figure out how to impress someone like Wolfgang Puck with a potato dish which didn’t seem all that exotic. And to make matters worse Ramsay then told them that the worst dish would be sent home.

And that scared everyone. So in no time whatsoever the clock ran out and poor Nathan was just twenty years old ended up being the first one called up after the timer dinged. Nathan had cooked Twice Baked Potato with Caramelized Onion, Bacon, and Potato Puree and Nathan knew for a fact that his dish wasn’t what the judges were hoping to see. However, he did his best and Wolfgang had found a few this nice to say about it despite both its lackluster appearance as well as taste. Nathan though was not the only one to fail on their Mystery Box Challenge.

Cassie also underperformed and her New York Strip Steak with Fried Potato Salad had surprisingly stunned the judges. Normally potato salad looks white or whitish because of the heavy mayonnaise involved yet Cassie didn’t bother adding mayonnaise and chose instead to serve fried potato salad. So Wolfgang refused to taste her dish and had gone as far to tell her that he would have sent that dish back if someone tried to serve him that in a restaurant. Though at least her dish had taken some effort because Bill’s dish was literally just two items on a plate.

Bill had cooked Potato Pancakes with Bacon although his dish was basically strips of bacon the side while three pancakes were in the middle. So it was almost as if Bill didn’t come prepared yet the farthest from the truth. Bill had spent a lot of time thinking things through before he ever turned on his stove so he should have had a good idea of where he wanted to go with the dish. And then at best try to elevate his simple dish into something else. Yet, he didn’t do that and so he rounded out the bottom three with Cassie and Nathan.

So who was the first person to get sent home on tonight’s episode? Sadly, it was Cassie. Cassie had been the only one after all to have created a dish so anesthetically appeasing that a man like Wolfgang wouldn’t even touch it. And therefore it wasn’t that much of a shock when she was eliminated though her exit had frightened all those that remained. No one wanted to go home next and so they all wanted to bring out their best on the next challenge.

The next challenge however was a brain teaser. Tonight’s Mystery Box Challenge winner Andrea had been exempted from cooking in the last challenge and she had also freed up all the girls as well so that it was only going to be the guys that were cooking. So while Andrea saved her fellow female contestants, it had been the guys that had been left to suffer in technically their first Elimination Challenge. Which they all knew was going to be that much harder seeing as someone had already been eliminated.

However, neither Chef Ramsay nor Christina did the guys any favors when they chose the last challenge. Chef Ramsay had wanted them to recreate a three Michelin star dish. The chef cooked light fish in front of the guys that was of course more complicated than it sounded and he then wanted them to recreate it based off taste, smell, and even texture. So the guys had been told any of the ingredients and that led to several them making the most common mistakes.

Ramsay had cook a halibut fish fillet with sweet potato, but a few of them though it was carrots and sea bass. So Nathan had honest to god been worried when he had been called up again. Yet, despite the confusion with some of the ingredients, Nathan’s dish had been highly complimented by Chef Ramsay who had called his dish stunning. And yet Bill who had been given a second had seemingly thrown it right away.

Bill had gone into the pantry and he had picked all the right ingredients though for some reason he forgot many of the nuances. Such as the vinaigrette and the puree. So his dish wasn’t even a full effort. He hadn’t tried going for the full thing and it had looked as if he had barely bothered with the pantry. Which was something he had done on the first challenge as well.

But the most aggravating contestant had been Dan. Dan had picked the right fish and couscous however he then added a sauce that Ramsay hadn’t so Ramsay had tried to tell him that he wasn’t expecting originality. Only Dan who still had his frat boy personality had laughed through most of the criticism. So Dan could have gone home and his personality might just send him home in the future. Yet, it wasn’t the worst of the worst.

The worst was Bill. Bill just never recovered from the first challenge so the judges had no choice, but to send him home. Although tonight’s second challenge winner just happened to have been Nathan. The one that surprised them all.