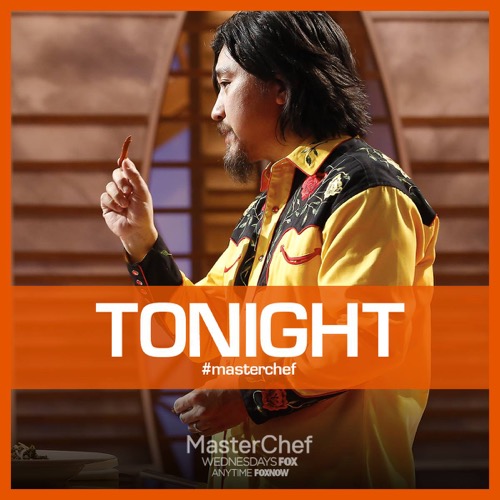 Tonight on FOX Masterchef returns with an all new Wednesday, July 20, Season 7 episode 8 called, “The Good, The Bad and The Offal,” and we’ve got your MasterChef recap down below! On tonight’s episode Chef Edward Lee is a guest judge who unveils the third mystery-box challenge, which involves preparing four entrées in 45 minutes without spending more than $20 on ingredients.

On the last episode, the remaining 15 home cooks were separated into two teams for the second major field challenge of the competition, cooking for 101 hungry veterans! Did you watch the last episode? If you missed it, we’ve got your MasterChef recap right here for you.

On tonight’s episode per the FOX synopsis “the contestants are introduced to special culinary guest judge Edward Lee, chef and owner of 610 Magnolia in Louisville, KY, who reveals the third Mystery Box challenge. Contestants lift their boxes only to find a $20 bill. They will each have five minutes to shop for ingredients priced in the pantry without spending more than $20.

Then they will have 45 minutes to prepare four entree dishes to present to the judges. Not only will the winner and the winner’s dish be featured in Family Circle magazine, but he/she also will avoid having to participate in the elimination challenge. Find out which contestants survive.”

Then they will have 45 minutes to prepare four entree dishes to present to the judges. Not only will the winner and the winner’s dish be featured in Family Circle magazine, but he/she also will avoid having to participate in the elimination challenge. Find out which contestants survive.”

Don’t forget to join us for our live recap tonight at 8:00pm when MasterChef Season Seven airs on Fox. While you wait for the MasterChef recap, let us know how you like the seven season of MasterChef.

The Top 14 were in for a tough Mystery Box challenge on tonight’s episode of “Masterchef” when the judges decided to test them on how well they could handle a budget.

Usually, the contestants were given free rein in the MasterChef pantry so they never had to worry about how much their ingredients cost and that meant they never shied away from the costlier items on the shelves. However, tonight was different for them. The judges decided to remove what was once their greatest luxury because they wanted to test the contestants and so they asked them to cook at least four entrees without exceeding a budget of twenty dollars.

And for an added bonus, they still had to cook within their usual time constraints so they only had forty-five minutes to pull off a modern day miracle.

So not everyone was happy about this Mystery Box challenge. Making one entrée by itself was hard enough however making four identical entrees with such a small budget ended up meaning that the contestants had to keep an eye on how much protein they needed and buy in bulk with what they can.

Chef Edward Lee has been cooking in the top kitchens all over the world for years now and he’s become accustomed to using even more expensive items than what was in the MasterChef pantry. So this challenge was different for him because he had to conquer a bigger hurdle than what many of the home cooks were dealing. The home cooks after all, were used to cooking for family and friends back home so their real challenge was not the budget though it was incredibly small, it was simply elevating the dishes they would have normally cooked for themselves.

Yet, in spite of the many ups and downs of this challenge, Chef Edward Lee ultimately managed to cook four identical plates of Shrimp Green Curry with Green Bamboo Rice and Herb Salad. So the judges felt that the few that were able to match the famous chef’s skills were Shaun, Brandi, and Eric. Shaun had cooked Trout Amandine with Wax Beans and Fish Broth so he hadn’t really shied away from some of the more expensive ingredients because of that fish though he did stay within budget.

Brandi on the other hand had cooked a more filling dish with her Seared Chicken Thigh with Polenta and Fried Green tomatoes meanwhile Eric still had a dollar left over from his twenty after he cooked his four plates of Stuffed Chicken Breast with Pesto and Roasted Asparagus.

And so it was a tough choice for the judges. They had liked everyone’s entrée and Chef Lee who was tonight’s guest judge had had a spot for Brandi’s southern style meal. However, they could only pick one so they chose to go with Shaun’s dish.

Shaun’s dish had looked visually appealing and his dish was something that they would more find in an upscale restaurant. So Shaun was the winner of tonight’s Mystery Box challenge and that meant he got an advantage over everyone else.

Shaun’s advantage, however, was choice selection. He didn’t have to cook in tonight’s elimination challenge so he got to sit back and giddily choose who was cooking what out of the world’s toughest protein selection. The selection tonight was pig tail, chicken feet, lamb kidney, as well as others that had made more than one contestant gang.

So there really was no winner in this selection beef cheeks and bull testicles were not some of the things that anyone would honestly want to cook with. Though thankfully Shaun had been given another advantage so tonight he saved Brandi from cooking in the elimination challenge, but while she was safe, Brandi didn’t quite laugh as much as Shaun did at some of the others.

Shaun had apparently known exactly what he was doing when he chose who would cook what. So he laughed when his trimming the fat stage began to work and so many of the contestants struggled with their protein.

But Eric had surprised even Shaun. Eric had been given chicken feet and he hadn’t known how to cook it yet his Chicken Foot Madeira with Mashed Potatoes and Snap Peas proved to be an amazing dish that Chef Ramsay hadn’t known would work until he tasted it. And so Eric was definitely a threat in this competition.

D’Andre on the other hand, was not. D’Andre had cooked Braised Lamb Tongue with Salad and Mustard Seed Caviar and it had looked like a hot mess. The plating was all wrong and Chef Ramsay hadn’t even tasted it yet when he said that it looked dry. So tasting what D’Andre had made was not the highlight of Ramsay’s day, but he tasted them and then promptly spit them back out. And so D’Andre’s dish was just one of many that proved to be a disappointment.

And yet the stars of the night turned out to be Eric of course along with Dan and Katie. Dan had cooked Rocky Mountain Oyster with Peppers, Onion, and Vinaigrette. So what he did was fry his bull testicles and it turns out to he did that perfectly because Chef Edward truly ended up enjoying them.

He said that they had flavor and were a nice chewy in the middle so that dish truly came together for him. Katie meanwhile had cooked a kidney curry and that had been another of Chef Edward’s favorites. He said that the curry carried quite a punch and that the kidneys had been cooked to perfection.

D’Andre hadn’t cooked his protein well and it had tasted discussed however Diana had tried to hide a raw pieces of tripe in a stew. So the judges felt that it would be best if they sent Diana home. It was one thing to make a mistake and quite another to cover it up.

So for a second it had just looked like they were going to eliminate Diana, but at the last minutes the judges decided that they should send D’Andre home as well. D’Andre simply could not keep evading elimination and tonight proved once and for all that he was not one of this competition strongest cooks.