Matt Lauer To Be Fired From ‘Today’ – Replaced by Willie Geist? – Report 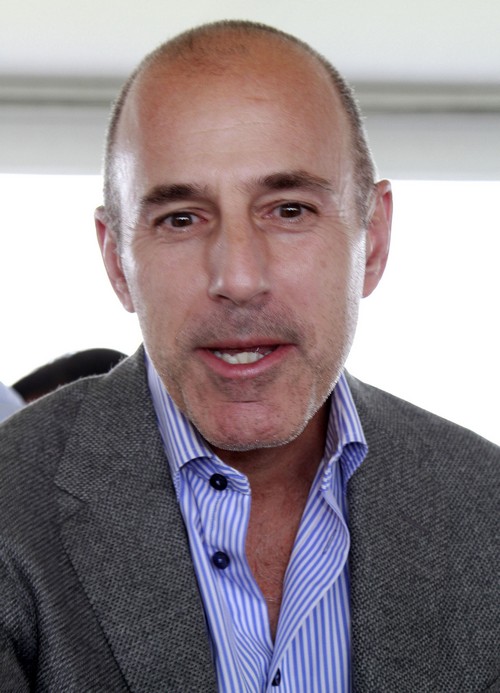 A new report claims that Matt Lauer from the ‘Today’ show could face the chopping block, and be replaced by Willie Geist. In Touch Weekly reports that Lauer could be fired in the coming weeks because his salary is too high, and it no longer is financially beneficial to keep him around.

An insider claims, “Matt’s paid a lot of money, upward of $20 million a year. They don’t want to continue to give that kind of huge paycheck to one person anymore.”

It makes sense as to why they may not want to invest in one person to steeply, considering the reports that the “Today” show has experienced a decrease in viewership. Is it possible that Matt Lauer could face a pink slip soon?

Let’s be honest here; if he were to lose his job, not many people would feel sorry for him. He is often smug and rude to the other anchors and has a reputation for thinking he is too good for the” Today” show. Even though many people feel that way about the anchorman, doesn’t mean that’s what NBC will ultimately decide to do.

The report also claimed that co-anchor Willie Geist “is being groomed to take over Matt’s position.” Allegedly, Willie is attractive to the network because he has a fresh outlook, and could revamp the show with his “boyish enthusiasm. “

The claim alludes that the network would not state that Matt was fired from the network; instead, they would imply that Lauer decided to take an early retirement. It seems plausible considering some of Matt’s recent interviews he seemed “not quite himself.”

A source close to Matt Lauer checked in with Gossip Cop (they report) and revealed that NBC had no plans to give the anchor the boot and seem entirely happy with his performance on the air. They stated that Lauer is the best in the business, and he will be on the “Today” show for as long as he wants the job.

It is hard to tell which “source” is telling the truth, so I guess we’ll just have to wait and see what happens over the next few weeks. A statement by NBC or the show itself would be optimal. Stick with CDL for all your trending celebrity news, gossip, and updates.