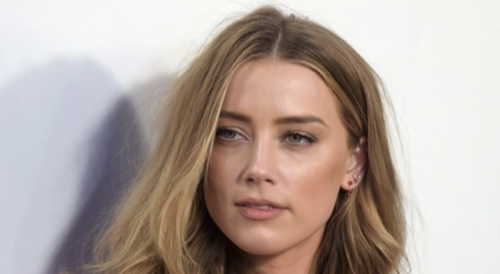 Tasya van Ree was “married” to Amber Heard before Johnny Depp was in the starlet’s life, but we know virtually nothing about her. When news broke today that Tasya had Amber Heard arrested for domestic violence, it was a shocker. So what was there between the two women and who is Tasya van Ree?

Amber Heard seems to like her lovers increasingly older. Tasya van Ree is a decade older than Amber Heard – she’s 40 to Heard’s 30 – and is an artist. Van Ree does primarily black and white photography but also paints, sketches and makes short films.

Tasya van Ree is known for featuring celebrities and fashion in her photos has had four major art shows and shoots print work for fashion campaigns. The exotic beauty is Hawaiian born, has dark good looks, seems to prefer to go makeup-free, and was a surfer growing up.

Heard and van Ree reportedly began dating back in 2008 and although Heard identifies as “bisexual,” van Ree seems to have only dated women. When the duo attended a GLAAD event in late 2010, Amber officially came out as bisexual.

When Amber Heard and Tasya van Ree began dating, it looks like things heated up fast for a few months later, Heard filed for a name change and officially became “Amber van Ree.” On the court docs, Heard listed “domestic partnership” as the reason for the change.

Despite Amber Heard (then Amber van Ree) meeting Johnny Depp while filming The Rum Diary in 2009, Heard and van Ree seemed to be full speed ahead in their relationship. Heard even took her “wife” to the premiere of The Rum Diary and they walked the red carpet at many press events.

But also in 2009, Tasya van Ree had her “wife” arrested at the Seattle-Tacoma airport when Amber allegedly roughed up Tasya during an argument. Charges were not pursued although Amber was booked, had a mug shot taken, and had to appear in court.

By all appearances, Tasya van Ree and Amber Heard seemed to be in a relationship almost to the moment that Amber and Johnny Depp came out as a couple. The gal pals even held a civil wedding in New York state but never filed court documents to make the marriage legal.

That made it easy for Heard and Depp to start their relationship since both were in domestic partnerships so neither needed a divorce. The talented photographer has remained friends with Amber Heard – and Amber changed her name back prior to her wedding to Johnny Depp.

Throughout Amber Heard’s fast-track relationship with Johnny Depp and oh-so-brief 16-month marriage, it seems that Amber and Tasya have never been out of touch and have remained quite close. Two things are very evident about Tasya van Ree.

She loves hot blondes and hats that Pharrell Williams would covet. And now that Amber and Johnny have hit the skids, we wonder if Tasya and Amber Heard will couple up again or if they are strictly in the friend zone.

Share your comments below on the Amber Heard and Johnny Depp drama – plus the news of Amber Heard’s own domestic violence arrest for her alleged attack on Tasya van Ree.