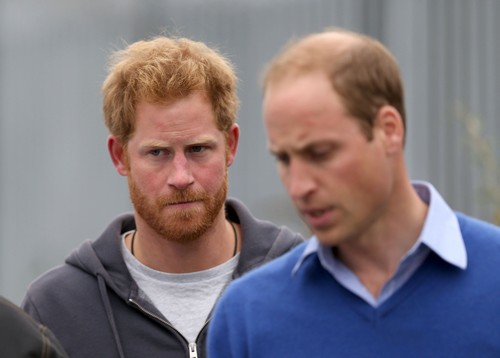 Meghan Markle is tipped to be in the running for the next James Bond girl and it looks like her boyfriend Prince Harry is none too happy about it. Reports indicate that Meghan Markle, who is currently one of the stars of the primetime television series, ‘Suit,’ is looking to make her big break in Hollywood by starring in an upcoming 007 movie, especially now that she’s gotten so much publicity thanks to her royal romance.

Sources say that brunette beauty Meghan is definitely in the running and has made the top four list, right next to other Hollywood stars such as Jennifer Lawrence, Emily Ratajkowski and Margot Robbie. And even though being a bond girl would do wonders for Meghan Markle’s career, it seems as though Prince Harry is not very pleased about it, especially since he has other future plans for his girlfriend.

In fact, even Queen Elizabeth very well knew that if Prince Harry got serious with a Hollywood actress, his relationship with her would be absolutely doomed. Meghan wants to use her new royal connection to help generate as much publicity for herself as possible while also giving her a much needed bump in her career while Harry was hoping to find someone he could make his future wife.

But if Meghan does indeed get the James Bond role, than her career would skyrocket over night and there’s no doubt that she’ll want to continue making bigger and better movies. Should she and Harry take the next step in their relationship in the future, she won’t have time to commit herself to charities and royal engagements, should she want to stay in Hollywood.

And knowing how much she loves the spotlight – especially now that everyone knows her as Prince Harry’s girlfriend – there’s very little chance that Meghan will put her career on hold for Queen Elizabeth and her monarchy rules.

If that weren’t enough, Prince Harry doesn’t want a girlfriend or wife that’s parading herself around in front of the cameras. He wants someone who is willing to go on humanitarian trips around the world with him and be just as passionate about the work as he is. If Meghan has her own agenda she’s trying to pursue, it’s less than likely that Harry will keep her by his side for very long.

Tell us CDL readers, do you think Meghan Markle has a chance at becoming the next Bond girl? Will Prince Harry make her choose between him and her career if things get serious between them? Let us know your thoughts and of course, check back with CDL for all the latest news on Prince Harry and Meghan Markle right here.

The Duke of Cambridge presents The Evening Standard Beyond Theatre Award to Sir David Attenborough, for services to broadcasting 🎥 pic.twitter.com/itkC4ZLfE4