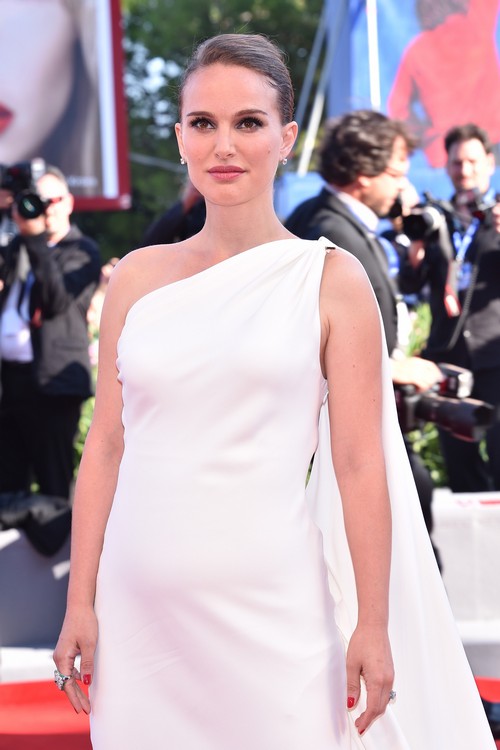 Natalie Portman and Benjamin Millepied are pregnant and expecting their second child together. The Hollywood actress debuted her pregnancy on the red carpet in a tight fitted dress at the 73rd Venice Film Festival in Italy this week.

Natalie Portman is a Hollywood actress that has kept very quiet about her personal life and her marriage to dancer Benjamin Millepied. Even though there have been rumors floating around of major problems in Natalie Portman and Benjamin Millepied’s marriage, the Hollywood actress has managed to keep her family life out of the spotlight even though they’ve supposedly had trouble balancing their careers with their personal lives.

Natalie Portman had no choice but to take a hiatus from her Hollywood career while living in Paris with Benjamin Millepied after he was named director of dance at the Paris Opera Ballet. Knowing that a transatlantic marriage wouldn’t work for them, Natalie Portman had no choice but to put her own career plans on hold while her husband pursued his dreams back in his native France.

Of course, this shouldn’t come as a surprise to many fans who have noticed that Natalie Portman’s marriage has been strained for some time now. In fact, the actress has made it no secret that she hasn’t settled into life in Paris the way she hoped and often criticizes Parisians and their snob attitude when it comes to fashion and their lifestyle choices as compared to Americans.

If that weren’t enough, Natalie Portman has allegedly also been seen in public without her wedding ring, signaling that she and Benjamin Millipied might have already made some critical decisions about their future together. One source told Star Magazine back in July, “It’s been stressful. Their lives have been completely uprooted and their relationship has taken a hit because of it.”

Pregnant actress Natalie Portman shows off her baby bump in a tight fitted dress at the 73rd Venice Film Festival in Venice, Italy on September 8, 2016. Natalie announced that she is expecting her second child while in Venice promoting the sci-fi film ‘Planetarium’ by FameFlynet