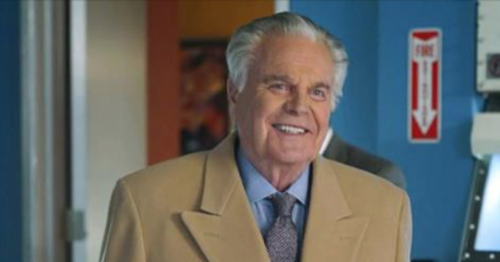 Tonight on CBS the #1 drama series NCIS with an all-new Tuesday, November 15, 2016, season 14 episode 7 and we have your NCIS recap below for you. On tonight’s season 14 episode 7 Torres (Wilmer Valderrama) boldly breaks protocol when he learns a witness in an NCIS case is wanted by U.S. Immigration and Customs Enforcement.

DiNozzo Senior had come back to town and he was doing his son a favor. Senior was apparently leasing his son’s apartment and was acting as its landlord while Tony remains in Paris however he later made one crucial mistake as a landlord as well as a friend. Senior he had offered everyone as in Gibbs, Bishop, and Abby first dibs on the gorgeous place with low rent. But unfortunately, everyone wanted the apartment. So Senior had started something of a bidding war because they all wanted the apartment and they all believed that they were the best renters to take the place. And so Senior had caused something of a rift with his offer.

Senior hadn’t meant to cause trouble though he had his friends who he loves as surrogate children competing and they were still fighting about the apartment when they were called out to the latest scene of the crime. Navy Seamen Troy Willis had been killed in an alleged store robbery and there had even been a witness to the event. However, the witness’s story didn’t quite match up with the evidence they later found. The witness whose real name was Victor Medina had said that everything happened real fast and that the perp had fled the scene in a white vehicle and that didn’t explain why they found so much blood in the back closet or why the perp left his weapon in the store.

So it was strange that Victor would say that the perp left through the front yet the back room which he had access to had the most blood as well as the murder weapon. Though no one could find Victor right away to get him to explain the discrepancies because he had quickly fled the scene after giving his testimony to the local police. Victor as it turns, out was in the country illegally so he had fled because he didn’t want to be deported and, despite that, NCIS had risked his status in this U.S. by eventually tracking him down. NCIS could be quite persistent after all with their investigations and they found Victor on his way to Ohio which was his mother lived.

Victor had seemingly been heading to his mother because he had wanted to visit her and not because he wanted to flee. Yet, that didn’t matter to ICE or NCIS and funnily enough, they had been wrong about Victor. NCIS had thought that he was a possible criminal that was trying to flee meanwhile Ducky found evidence that Victor had tried to give the victim CPR and save him. So Victor hadn’t been the cold-blood killer they all thought and more importantly he hadn’t been just some hero. He was actually a former Marine that had gotten into trouble with a bar fight not that long after he was honorably discharged so that risked his status in the country.

He had served the United States by wearing a military uniform and all of that got tossed aside because one bar fight. The bar fight had unfortunately counted as a felony. So that allowed Immigration to revoke his status as an American because his parents had come here illegally when he was a kid. But Bishop and even Torres had a heart. They had heard from Victor that he had wanted to see his mother so they had taken pity on him and had driven him to his mother’s. They had thought that Victor deserved at least a chance to say goodbye to his mother and so they gave him one.

Bishop and Torres had gotten off their set path and had finished the trip to Ohio. However, Torres had later let his emotions get in the way of the job. It was one thing to drive Victor to say goodbye and quite another to have dinner with Victor and his mother. So Bishop had tried to say something though Torres didn’t want to hear it. Torres had felt for Victor so he had delayed the return trip as much as possible and immigration had to go to Gibbs back home to demand where Victor was. The ICE agent had said that Victor should have been by then and he was beginning to suspect that something had happened. And all Gibbs could do was say that Victor was on his way.

Gibbs didn’t care to say anything else or explain why his agents were taking so long because he felt they had the situation handled. Though the agent Gibbs was concerned about was Quinn. Quinn had been acting strangely and he didn’t know why yet everyone else knew the reason. They knew that Quinn had had a sex dream about Gibbs and that she didn’t want to look him in the face because she was a little embarrassed about the sex dream. So Gibbs was the only one out of the loop and he thought that Quinn was just off as they tried to investigate who really shot Seamen Willis. And as they were going through several suspects, there was a man that had a gun on him when he went into the same restaurant as Victor as NCIS.

So Torres and Bishop had wanted to find answers about that because it was simply a little too coincidental for someone to try and rob the same place that Victor was in twice. That was either bad luck or someone had intentionally had wanted to harm Victor for some reason. Yet, Bishop shot the potential shooter and they hurried home in a hurry to figure things out, but thankfully they were right about something. There was something off with the shooter and it turns out he was a hitman. The hitman’s name was Carl Dixon and he had been sent to clean up what happened at the store.

Victor had apparently come a little too close to the thief at the grocery store for the thief’s liking and surprisingly someone that would rob a little store on the corner had the means to hire a hitman. But the truth was that the kid had a father that hired the hitman because the thief had been an entitled twerp that wanted to prove he was badass. So following the money as well as the car that Victor had seen had led them to L. Conway who was the overprotective father and his son Brandon. Brandon had grown up with a silver spoon in his mouth yet he proved that he was willing to kill on whim and not care.

However, Gibbs at the end of the day found a lawyer that he thought could help keep Victor in the country and Senior eventually decided who should get his son’s apartment without causing another fight.